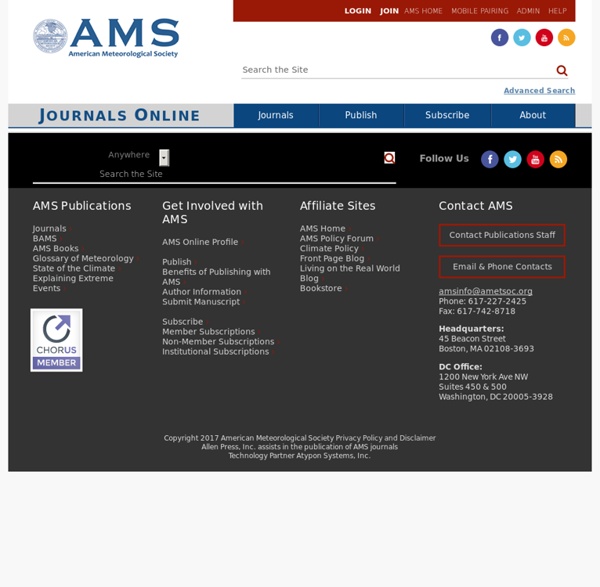 It’s time for science to abandon the term ‘statistically significant’ | Aeon Essays The aim of science is to establish facts, as accurately as possible. It is therefore crucially important to determine whether an observed phenomenon is real, or whether it’s the result of pure chance. If you declare that you’ve discovered something when in fact it’s just random, that’s called a false discovery or a false positive. And false positives are alarmingly common in some areas of medical science. In 2005, the epidemiologist John Ioannidis at Stanford caused a storm when he wrote the paper ‘Why Most Published Research Findings Are False’, focusing on results in certain areas of biomedicine. The problem of how to distinguish a genuine observation from random chance is a very old one. What matters to a scientific observer is how often you’ll be wrong if you claim that an effect is real, rather than being merely random. Tests of statistical significance proceed by calculating the probability of making our observations (or the more extreme ones) if there were no real effect.

Lies, Damned Lies, and Medical Science - David H. Freedman In 2001, rumors were circulating in Greek hospitals that surgery residents, eager to rack up scalpel time, were falsely diagnosing hapless Albanian immigrants with appendicitis. At the University of Ioannina medical school’s teaching hospital, a newly minted doctor named Athina Tatsioni was discussing the rumors with colleagues when a professor who had overheard asked her if she’d like to try to prove whether they were true—he seemed to be almost daring her. She accepted the challenge and, with the professor’s and other colleagues’ help, eventually produced a formal study showing that, for whatever reason, the appendices removed from patients with Albanian names in six Greek hospitals were more than three times as likely to be perfectly healthy as those removed from patients with Greek names. “It was hard to find a journal willing to publish it, but we did,” recalls Tatsioni. “I also discovered that I really liked research.” That question has been central to Ioannidis’s career.

Problems of CMIP5 Models Representing African Easterly Waves Paper Reviewed Martin, E.R. and Thorncroft, C. 2015. Representation of African easterly waves in CMIP5 models. Journal of Climate 28: 7702-7715. Introducing their study of an important aspect of their foray into the intriguing realm of climate modeling, Martin and Thorncroft (2015) begin by noting that "African easterly waves (AEWs) are the dominant synoptic weather systems to impact rainfall across the Sahel during the West African monsoon (WAM)," citing the earlier study of Kiladis et al.(2006), while further noting that they also play "an important role in Atlantic tropical cyclone (TC) development," as demonstrated some time ago by Landsea (1993) and Pasch et al. (1998). So how well do present-day climate models represent climatic features associated with AEWs? References Kiladis, G.N., Thorncroft, C.D. and Hall, N.M.J. 2006.

About that Heliocentric thing… This is waaaaay too cool not to share about your planet’s yellow Sun. And then there is this. A good thought project for Lent. As you watch the animation, as you watch the little dot planets whirl about the Sun, and the Sun on the galactic plane go zooming along in its own snaky path, consider how many times you see the planets circle the Sun and then consider the span of your life… … after which you are going before the Judge, through whom all things came into being. Fr. Climate Change in Northern Europe as per CMIP2, 3 and 5 Models Paper Reviewed Raisanen, J. and Ylhaisi, J.S. 2015. CO2-induced climate change in northern Europe: CMIP2 versus CMIP3 versus CMIP5. Climate Dynamics 45: 1877-1897. Introducing their work, Raisanen and Ylhaisi (2015) describe how they simulated near-present-day climate and climate change in northern Europe with CMIP2, CMIP3 and CMIP5 ensembles of the Coupled Model Intercomparison Project, focusing on "an idealized scenario with a doubling of CO2 in 70 years." And what did they thereby learn? The two researchers from Finland's University of Helsinki report that (1) "control simulations in the three ensembles share similar biases," which generally include (2) "colder-than-observed temperatures" and (3) "an underestimated north-south pressure gradient across northern Europe."

The 10 Memory Tricks Backed By Science Boosts in all types of memory come from these simple activities. 1. Draw it Drawing pictures of words helps build stronger and more reliable memories, new research finds. The quality of the drawings themselves does not matter, the study also found. This suggests everyone can benefit from the technique, whatever their artistic talent. 2. Closing your eyes really can help jog the memory, a new study finds. Eyewitness to a crime remembered twice as many details using this technique. The results should be useful for helping eyewitnesses to crimes remember more details when questioned by police. 3. Imagining how things relate to yourself helps to boost recall, psychological research finds. The study tested people with and without memory problems and found it could help both. The results showed that whether people had memory problems or not, self-imagining was the most effective strategy. Compared with the baseline condition, the self-imagining strategy almost tripled what people could remember. 5. 6.