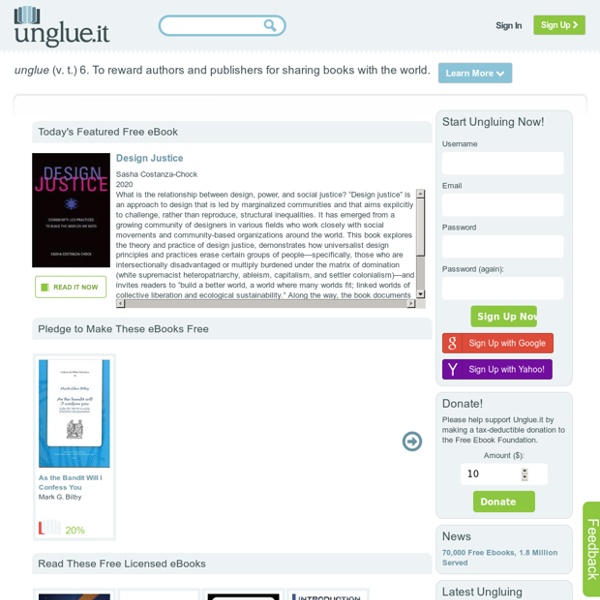 Le crowdfunding local : TPE, commerce, artisanat, ESS - Bulb in Town Wikipedia’s Next Big Thing: Wikidata, A Machine-Readable, User-Editable Database Funded By Google, Paul Allen And Others Wikidata, the first new project to emerge from the Wikimedia Foundation since 2006, is now beginning development. The organization, known best for its user-edited encyclopedia of knowledge Wikipedia, recently announced the new project at February’s Semantic Tech & Business Conference in Berlin, describing Wikidata as new effort to provide a database of knowledge that can be read and edited by humans and machines alike. There have been other attempts at creating a semantic database built from Wikipedia’s data before – for example, DBpedia, a community effort to extract structured content from Wikipedia and make it available online. The project’s goal in developing a semantic, machine-readable database doesn’t just help push the web forward, it also helps Wikipedia itself. Wikidata will also enable users to ask different types of questions, like which of the world’s ten largest cities have a female mayor? Below, an early concept for Wikidata: Dr.

As She Left It by Catriona McPherson A 2014 Anthony Award Winner When she was twelve years old, Opal Jones escaped her mother's endless drinking. Now, returning to their small Leeds cottage after her mum's death, Opal feels like she's gone back in time. Nosey Mrs. Pickess is still polishing her windows to a sparkle. Fishbo, Opal's ancient music teacher, still plays trumpet with his band. But a tragedy has struck Mote Street. Praise: Winner of the 2014 Anthony Award for Best Paperback Original Winner of the 2013 Gold ForeWord IndieFab Award for Mystery Named one of Kirkus Reviews'"Best Books of 2013" "The creator of Dandy Gilver...has produced a stand-alone that is worlds apart, a fascinating, mysterious ramble you can't put down." "Dark, absorbing, contemporary stand-alone." "[A] captivating stand-alone from the author of the Dandy Gilver mystery series." "McPherson has crafted a tale that is both suspenseful and poignant.

Tousnosprojets.fr Microsoft Messenger blocking links to The Pirate Bay If you're a Windows Live Messenger user who happens to drop your friends links to The Pirate Bay, it looks like you'll have to use another chat service. At this moment, links to The Pirate Bay are blocked when trying to send them through Windows Live Messenger — the service spits back an automated reply reading "the link you tried to send was blocked because it was reported as unsafe." This occurs when using Microsoft's native clients as well as when trying to send through third-party tools like Adium or Pidgin. It doesn't appear to be part of any "anti-piracy" initiative, however — links to sites like Demonoid worked without incident. Given the fact that The Pirate Bay is crawling with all manner of seedy advertising banners, it's entirely possible the site was blocked to steer visitors away from malware.

REPORT | Why We Like Certain Music: The Brain And Musical Preference Most classical music lovers can rattle off at least a few different reasons why they love the genre that spans many centuries of Western music. They might list objective reasons like its musical sophistication as compared with the usual pop radio fare, or the studies that talk about relaxation and/or mental stimulation associated with listening to classical music. They may talk more subjectively about the emotions it evokes. Science, however, tells us that the roots of musical preferences lie much deeper in the very brain itself. “There are a lot of similarities between how we process music and speech, and there are a lot of different opinions about whether we are using the same or different pathways and mechanisms for each.” That processing goes something like this: Soundwaves are filtered by the ear, and processing begins based on the frequency;The cochlea then encodes the pitch;The auditory pathways send the encoded information to the auditory cortex in the brain. Anya Wassenberg

La cagnotte en ligne de référence, gratuite et sécurisée Microsoft keeps it old-school with a pricey text adventure game, Visual Studio 2010 Microsoft has jumped onto the free-to-play bandwagon with its latest game, a text-driven adventure called Visual Studio 2010. The innovative new game marries the traditional interactive fiction text adventure with its arcane commands and exploration with the free-form, open-ended gaming pioneered by the likes of SimCity. There are two major modes to the game, a textual spell-casting game, and a more complex interactive puzzle mode. Play starts with the spell game. In the hardest mode, a second gatekeeper, the even more cantankerous "linker," must also be satisfied. Spells are used to quell the compiler and create dungeons. Visual Studio 2010 breaks from the traditional roguelike, giving the player rich tools to examine and even modify his environment. To re-enter the dungeon, another spell must be cast. Visual Studio 2010 offers a free-form gaming experience. The gameplay can be very uneven. Visual Studio 2010 is a free-to-play game, but here is where some of the biggest problems lie.

Music and the Brain: What Happens When You're Listening to Music Explore Click on the region of the brain to the right to learn more about how it effects your perception of music. Frontal Lobe What Used in thinking, decision-making and planning How “The frontal lobe is the most important to being a human. Temporal Lobe Processes what we hear “We use the language center to appreciate music, which spans both sides of the brain, though language and words are interpreted in the left hemisphere while music and sounds are inerpreted in the right hemisphere,” Yonetani says. Broca’s Area Enables us to produce speech “We use this part of the brain to express music,” Yonetani says. Wernicke’s Area Comprehends written and spoken language “We use this part of the brain to analyze and enjoy music,” Yonetani says. Occipital Lobe Processes what we see “Professional musicians use the occipital cortex, which is the visual cortex, when they listen to music, while laypersons, like me, use the temporal lobe — the auditory and language center. Cerebellum Nucleus Accumbens Amygdala Putamen