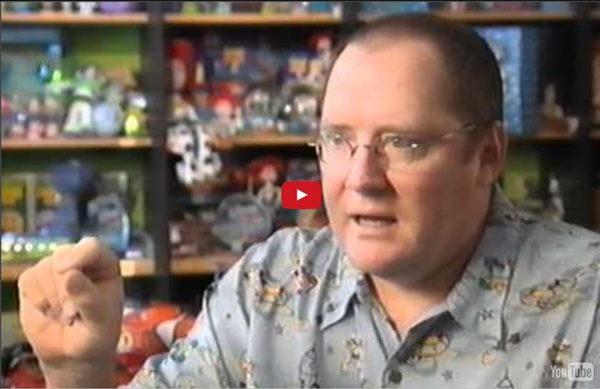 APK MANIA™ ◆ Droid Scan Pro PDF v5.4 APK roid Scan Pro PDF v5.4play.google.com.droidscanDroid Scan is a mobile app that turns your phone or tablet into a portable document scanner. With Droid Scan you can transform images captured with your camera into professional multi-page PDF documents in just a few clicks. Unique, state of the art features, including: Batch processing, including turbo import, turbo capture, and batch convert, so that multi-page documents can be created with just a few taps.Integrates with OCR by Google Docs, Evernote, and Google Goggles.Document shape recognition, for perfectly shaped, professional-looking scans.Turn your mobile phone into a document scanner that goes where you go. Record business cards, white boards, full page documents, and receipts. Multiple resolutions available from low-res, suitable for quick sharing via email, to highest fidelity reproductions suitable for OCR and printed copy. Automatic recognition of document shapes like US Letter, A4, Business card, and more.

Brave Pixars extraordinary run of successful films starring male characters took a courageous turn in June with the release of Disney/Pixar’s 13th feature, Brave, the studio’s first princess film. The conflict in this feature centers on the relationship between Merida, a young “don’t wannabe a princess,” and her mother, the elegant Queen Elinor. Merida inherited her father’s fiery character along with his flaming red hair, rather than her mother’s calm demeanor. She would rather be outdoors riding her horse, rock climbing, and practicing archery like Fergus, her father, than studying to be a princess and meeting her pre-ordained destiny­—marriage to the son of a rival clan leader. Behind the scenes, Pixar’s toolmakers and artists entered new territory as well, by developing and implementing new technology and methods for the first time that affected everything from the landscape to the costumes, from animation to Merida’s mop of curly hair. All the code executed at render time.

APK MANIA™ ◆ Gees v1.0 APK Gees v1.0play.google.com/.thegeesnjoy your favorite cartoon again, put yourself in the Gees’ shoes, and get ready for lots of surprises.As always, a whole series of disasters occur when these lively little extraterrestrials are involved. This time, they’ll take you through 10 different universes to help them discover Earth civilization. How does it work? At each level you will need to follow the story from the corresponding TV episode:Use your fingers to select the Gees and click on the setting elements which will make the story progress.Recreate the episodes and relive the crazy adventures of your favorite heroes.Remember what you saw in the TV program so that you can make faster progress. Required Android O/S : 2.2+ Screenshots :Download : 11Mb APK + 1.6GB Cache file Instructions: Install the APKCopy 'com.bulkypix.thegees' folder to '/sdcard/Android/Obb'Launch the Game

Pixar Cofounder Ed Catmull on Failure and Why Fostering a Fearless Culture Is the Key to Groundbreaking Creative Work by Maria Popova Why the greatest enemy of creative success is the attempt to fortify against failure. “Make New Mistakes. Make glorious, amazing mistakes. Make mistakes nobody’s ever made before,” Neil Gaiman urged in his commencement-address-turned-manifesto-for-the-creative life. “The chief trick to making good mistakes is not to hide them — especially not from yourself,” philosopher Daniel Dennett asserted in his magnificent meditation on the dignity and art-science of making mistakes. What makes Catmull, who created Pixar along with Steve Jobs and John Lasseter and is now president of Pixar Animation and Disney Animation, particularly compelling is his yin-yang balance of seeming opposites — he is incredibly intelligent in a rationally-driven way yet sensitive to the poetic, introspective yet articulate, has a Ph.D. in computer science but is also the recipient of five Academy Awards for his animation work. Ed Catmull (Photograph by Deborah Coleman, Pixar) Donating = Loving

5 Random Life Lessons I Learned At Pixar — Sutro 1. We. Not I. One of the things I'll always remember, is that there was this feeling of being part of a team, almost like belonging to the same family. Not only on a work level, but also on a personal level. I'll never forget that. 2. One of the most unforgettable moments of my time at Pixar, was the day I met Steve Jobs. I was coming in to work along the beautiful path at the entrance of the main building, where the roses bloom in ways I've never seen before in the Spring. But then he opens the door of the main building, which is now actually called The Steve Jobs Building, and he stops. My only thought is: "Shit. Until I get to the door, completely nervous (and it's not easy to make me nervous). I look at Steve and simply say Thank You. The day he died, I was at Pixar and it was one of the saddest days I can remember in the studio. And never be afraid of opening the door to someone behind you. 3. Children see the world in pretty unique eyes. We're all trying to figure it out. 4. 5.

The Illusion of Life Pixar’s Ed Catmull Emerges As Central Figure In The Wage-Fixing Scandal Ed Catmull. (Photo-illustration.) Pixar and Disney Animation president Ed Catmull has always had a reputation as a decent person, but newly revealed court documents show that he’s been working against the interests of Pixar’s employees for years, as well as trying to hurt other animation studios who didn’t play by his rules. The documents in question are from last year’s civil class-action suit against high-tech companies. (The lawsuit, which included Pixar and Lucasfilm as defendants, was the result of a 2010 U.S. Department of Justice anti-trust action.) Catmull’s deposition and emails from the lawsuit confirm that he was instrumental in operating a secret wage-theft cartel that violated the Sherman Antitrust Act. Pando Daily’s Mark Ames published a piece about the documents earlier this week. Catmull’s attempts to bring Sony into his cartel are documented in today’s piece. Catmull, however, didn’t forget. Catmull was questioned about the email in his deposition:

Spelunky World You may have seen Spelunky mentioned somewhere and asked yourself "What's Spelunky?" Spelunky is a platformer with lots of monsters, items, traps, and secrets. Dying in Spelunky can be quick and painful. But each time you restart, you'll play a new, randomly-generated set of levels! You can pick up and use or toss practically everything you come across (to your own detriment, if you're not careful!). There's a lot of freedom to how you want to navigate the levels, which are fully-destructible. And even though they're randomized, you will still get more skilled over time! The original game was released on PC in 2008 and is available to play for free. It's much more than a port of the original game, and has new graphics, music, zones, monsters, items, traps, and secrets. And even though the game is randomized, players of the original enjoyed highscoring and speedrunning, so we're trying to limit the luck involved. You'll also be able to play Spelunky with friends at home!

hollywoodreporter A version of this story first appeared in the Nov. 27 issue of The Hollywood Reporter magazine. To receive the magazine, click here to subscribe. Even with framed cartoons on his walls, Ed Catmull's office on the Pixar Animation Studios campus in Emeryville, Calif., is downright bland compared to the museum of toy trains, trucks and memorabilia that is John Lasseter's space down the hall. With Inside Out and Good Dinosaur, Pixar is releasing two films in a year for the first time. In truth, it has been challenging. You delayed Good Dinosaur a year to retool it. They completely trust that we're doing the right thing for the film and for the studio. Early in his career, Catmull wrote a program to animate a plaster cast of his hand (left). How much pressure do you get from Disney to make more sequels? Some people don't believe this: They don't give us any pressure and they don't pick any of the films. We've explicitly set it up that way. But I've heard there's a pretty big rivalry. Yeah. No.

LAAFA's FULL-TIME PROGRAM Thread - Page 8 Check out some of our new classes!#2401A - Classic Atelier Figure Painting Instructor: William Rodgers Friday, 10am-3pm The course will follow the methods of the 19th century atelier and the development of a figure painting. It will begin with an understanding of a drawing aspect of the figure. You can view our whole list of classes on our website: you would like to register or if you have any questions, call 818.708.9232