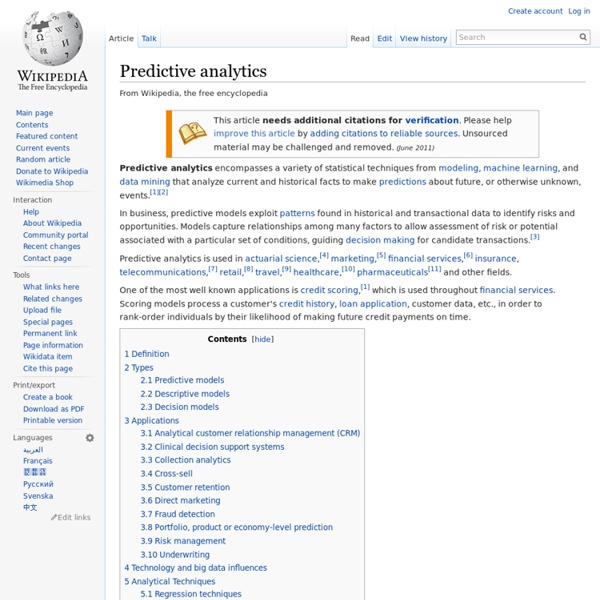 Index (search engine) Popular engines focus on the full-text indexing of online, natural language documents.[1] Media types such as video and audio[2] and graphics[3] are also searchable. Meta search engines reuse the indices of other services and do not store a local index, whereas cache-based search engines permanently store the index along with the corpus. Unlike full-text indices, partial-text services restrict the depth indexed to reduce index size. Larger services typically perform indexing at a predetermined time interval due to the required time and processing costs, while agent-based search engines index in real time. Indexing[edit] The purpose of storing an index is to optimize speed and performance in finding relevant documents for a search query. Index design factors[edit] Major factors in designing a search engine's architecture include: Merge factors Storage techniques How to store the index data, that is, whether information should be data compressed or filtered. Index size Lookup speed Maintenance

Neural Network Applications An Artificial Neural Network is a network of many very simple processors ("units"), each possibly having a (small amount of) local memory. The units are connected by unidirectional communication channels ("connections"), which carry numeric (as opposed to symbolic) data. The units operate only on their local data and on the inputs they receive via the connections. The design motivation is what distinguishes neural networks from other mathematical techniques: A neural network is a processing device, either an algorithm, or actual hardware, whose design was motivated by the design and functioning of human brains and components thereof. There are many different types of Neural Networks, each of which has different strengths particular to their applications. 2.0 Applications There are abundant materials, tutorials, references and disparate list of demos on the net. The applications featured here are: PS: For those who are only interested in source codes for Neural Networks

Data analysis Analysis of data is a process of inspecting, cleaning, transforming, and modeling data with the goal of discovering useful information, suggesting conclusions, and supporting decision making. Data analysis has multiple facets and approaches, encompassing diverse techniques under a variety of names, in different business, science, and social science domains. Data mining is a particular data analysis technique that focuses on modeling and knowledge discovery for predictive rather than purely descriptive purposes. Data integration is a precursor to data analysis, and data analysis is closely linked to data visualization and data dissemination. The process of data analysis[edit] Data analysis is a process, within which several phases can be distinguished:[1] Processing of data refers to concentrating, recasting and dealing with data in such a way that they become as amenable to analysis as possible Data cleaning[edit] Initial data analysis[edit] Quality of data[edit] Analysis[edit] See also[edit]

DTREG -- Predictive Modeling Software Data mining Data mining is the process of discovering patterns in large data sets involving methods at the intersection of machine learning, statistics, and database systems.[1] Data mining is an interdisciplinary subfield of computer science and statistics with an overall goal to extract information (with intelligent methods) from a data set and transform the information into a comprehensible structure for further use.[1][2][3][4] Data mining is the analysis step of the "knowledge discovery in databases" process or KDD.[5] Aside from the raw analysis step, it also involves database and data management aspects, data pre-processing, model and inference considerations, interestingness metrics, complexity considerations, post-processing of discovered structures, visualization, and online updating.[1] Etymology[edit] In the 1960s, statisticians and economists used terms like data fishing or data dredging to refer to what they considered the bad practice of analyzing data without an a-priori hypothesis.

Monte Carlo method Monte Carlo methods (or Monte Carlo experiments) are a broad class of computational algorithms that rely on repeated random sampling to obtain numerical results; typically one runs simulations many times over in order to obtain the distribution of an unknown probabilistic entity. They are often used in physical and mathematical problems and are most useful when it is difficult or impossible to obtain a closed-form expression, or infeasible to apply a deterministic algorithm. Monte Carlo methods are mainly used in three distinct problem classes: optimization, numerical integration and generation of draws from a probability distribution. The modern version of the Monte Carlo method was invented in the late 1940s by Stanislaw Ulam, while he was working on nuclear weapons projects at the Los Alamos National Laboratory. Introduction[edit] Monte Carlo method applied to approximating the value of π. Monte Carlo methods vary, but tend to follow a particular pattern: History[edit] Definitions[edit]

Support Vector Machines vs Artificial Neural Networks Home The development of ANNs followed a heuristic path, with applications and extensive experimentation preceding theory. In contrast, the development of SVMs involved sound theory first, then implementation and experiments. A significant advantage of SVMs is that whilst ANNs can suffer from multiple local minima, the solution to an SVM is global and unique. "They differ radically from comparable approaches such as neural networks: SVM training always finds a global minimum, and their simple geometric interpretation provides fertile ground for further investigation." "Most often Gaussian kernels are used, when the resulted SVM corresponds to an RBF network with Gaussian radial basis functions. "In problems when linear decision hyperplanes are no longer feasible (section 2.4.3), an input space is mapped into a feature space (the hidden layer in NN models), resulting in a nonlinear classifier." "SVMs have been developed in the reverse order to the development of neural networks (NNs).

These big data companies are ones to watch Which companies are breaking new ground with big data technology? We ask 10 industry experts. It’s hard enough staying on top of the latest developments in the technology industry. There are scores of promising big data companies, but Fortune sought to cut through the noise and reached out to a number of luminaries in the field to ask which big data companies they believe have the biggest potential. That question, we learned, is rather difficult to answer. “A list of ‘big data companies’ is interesting because of the definition,” said Dean Abbott, co-founder and chief data scientist of Smarter Remarketer. ‘One of the most interesting ones I’ve seen’ There was certainly consensus on some of the big data companies that industry experts said were notable. MemSQL, for example, is “an in-memory relational database that would be effective for mixed workloads and for analytics,” said Svetlana Sicular, an analyst at Gartner. ‘Graphs have a great future’ ‘Most of these companies will go away’

Multidisciplinary design optimization - Wikipedia, the free ency MDO allows designers to incorporate all relevant disciplines simultaneously. The optimum of the simultaneous problem is superior to the design found by optimizing each discipline sequentially, since it can exploit the interactions between the disciplines. However, including all disciplines simultaneously significantly increases the complexity of the problem. These techniques have been used in a number of fields, including automobile design, naval architecture, electronics, architecture, computers, and electricity distribution. However, the largest number of applications have been in the field of aerospace engineering, such as aircraft and spacecraft design. History[edit] Since 1990, the techniques have expanded to other industries. Origins in structural optimization[edit] Gradient-based methods[edit] There were two schools of structural optimization practitioners using gradient-based methods during the 1960s and 1970s: optimality criteria and mathematical programming. Constraints[edit] find