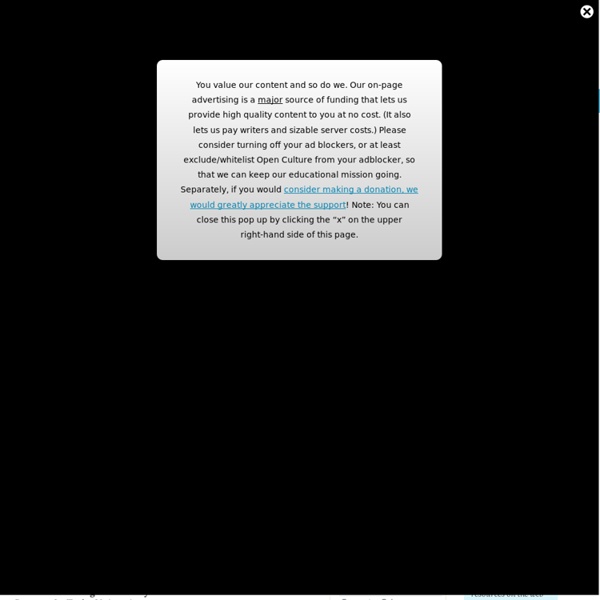 Learning Historical Research - Home William Cronon (Photo by Rees Candee) Welcome! We've designed this website as a basic introduction to historical research for anyone and everyone who is interested in exploring the past. Whenever you frame a question with reference to how things have changed over time, you commit yourself to doing historical research. The website is divided into two major sections: The first surveys essential stages of the research process. Individual pages are designed to be read from beginning to end, and the pages about the research process follow a logical order that mimics the phases of working on a historical project. Although we've constructed this site especially for environmental historians, and have generally provided environmental examples, we've tried to make it as helpful as possible for anyone seeking to learn the craft of doing historical research. Interested in how much milk, cheese, and butter Wisconsin dairy farmers produced last year? Return to Top of Page Note-taking keywords

The Convergence of Knowledge and Work In looking at the challenges faced by today’s learning and development departments, it’s useful to look back through history at the different strategies that have been adopted to handle two similar, yet different, challenges: learning to handle information, knowledge and ideaslearning for the purpose of work In the past, there have been some areas of overlap between the two fields but until relatively recently, work has been mostly focused on the creation, buying and selling of goods and services whereas ‘knowledge work’ has been motivated by a desire to better understand the world around us. The way that those ideas have eventually made their way into the world of work doesn’t take away from the fact that the original intention was generally of a less practical nature. [1] Given that more of the work carried out in developed countries is knowledge work, what lessons can be learned from history to help us support learning and development in the modern economy? The changing face of work

Take college and university courses online completely free In recent years massive open online courses (MOOCs) have become a trend in online education. The term was coined in 2008 by David Cormier, manager of web communications and innovations at the University of Prince Edward Island. The first MOOC was created the previous year, at Utah State University. MOOCs are designed like college courses but are available to anyone anywhere in the world, at no cost. Coursera is perhaps the most well-known of the online education facilitators. EdX is another non-profit course site created by founding partners Harvard and MIT and based in Cambridge, Massachusetts. MIT has their own open courseware, where most of the materials used in the teaching of almost all of MIT's subjects are available on the Web, free of charge. European institutions are also getting in on the act. For those looking to learn a language Duolingo offers completely free language education. Other sites, like Open Culture, are not affiliated with tertiary institutions.

10 Career Tips From ASOR Members ASOR’s membership spans across many fields of study. We’re fortunate to have historians, geologists, archaeologists, and so many more among our ranks. Every year, we come together to discuss discoveries in the field and our research at the ASOR Annual Meeting. The Annual Meeting is not only a place to present scholarly work, but also a place for networking and catching up with old friends – or making new ones. It’s a place where student members and other junior scholars can present papers and posters, all while receiving feedback from seasoned professionals. This got us thinking about what words of wisdom some of our more experienced members would have for our newer members. We sat down with a few of our members at the most recent Annual Meeting for a new segment on ASORtv, ASOR Interviews. We encourage you to watch the video above to see who we interviewed and their full quotes. 10 Career Tips From ASOR Members Views of the excavations at Tell es-Safi/Gath, courtesy of Aren M. 4.

7 Easy GIFs That Will Teach You All You Need To Know About Trigonometry In 5 Minutes Democracy Author and Page information Democracy (“rule by the people” when translated from its Greek meaning) is seen as one of the ultimate ideals that modern civilizations strive to create, or preserve. Democracy as a system of governance is supposed to allow extensive representation and inclusiveness of as many people and views as possible to feed into the functioning of a fair and just society. Importantly, democracy supposedly serves to check unaccountable power and manipulation by the few at the expense of the many, because fundamentally democracy is seen as a form of governance by the people, for the people. The ideals of democracy are so appealing to citizens around the world, that many have sacrificed their livelihoods, even their lives, to fight for it. In a way, the amount of propaganda and repression some non-democratic states set up against their own people is a testament to the people’s desire for more open and democratic forms of government. Introduction Definition demos kratos Voting