Why Be Happy When You Could Be Interesting? 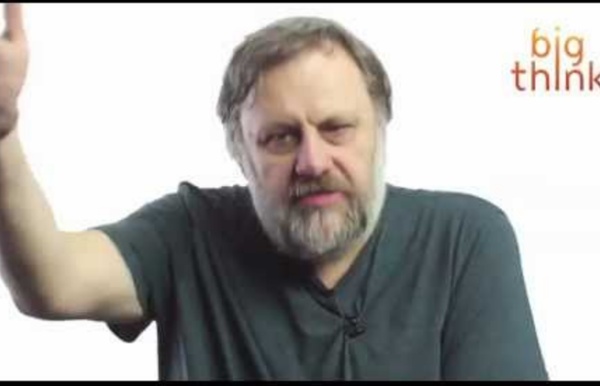 Chilling documentary of a disturbed and potentially murderous child. (x-post from /r/MorbidReality) : videos 6 People Who Single Handedly Screwed Entire Economies In the vast, infinitely complex world of the international economy, what difference can one man really make? Even billionaires don't have enough cash to really make a difference -- if Bill Gates went nuts and tried to crash the stock market somehow, other billionaires, banks and world governments would be there to stop him. Yet throughout history there have been times when everything came together just right for one single person to ruin everyone's shit. #6. Steve Perkins' Half-Billion-Dollar Drinking Binge Getty The Man: A random oil trader who got really, really drunk. The Impact: Single-handedly raised the price you pay for gasoline in a drunken bout of trading. GettyThere's a fridge full of booze behind every great financial disaster. What's the most damage you've ever done while drunk? If you did that last one, your name is probably Steve Perkins. GettyAbove: Perkins, his features and preferred brand obscured to protect the exceedingly guilty. GettyOr a truly exceptional martini. #5. #4.

William Leonard Pickard William Leonard Pickard (born October 21, 1945), known as '"Leonard"', and by certain aliases: John Connor, William Harlow and James Maxwell is one of two people convicted in the largest lysergic acid diethylamide (LSD) manufacturing case in history. In 2000, while moving their LSD laboratory, Pickard and Clyde Apperson were pulled over while driving a Ryder rental truck and a follow car. The laboratory had been at a renovated Atlas-E missile silo near Wamego, Kansas but the two men had never actually produced LSD there. One of the men intricately involved in the case but not charged due to his cooperation, Gordon Todd Skinner, owned the property where the laboratory was located; he approached the Drug Enforcement Administration (DEA) about working for them. Background[edit] Leonard Pickard grew up in Atlanta, Georgia. Somewhat of a science prodigy, Pickard spent the summer of 1962 interning at the Argonne National Laboratory in Illinois. LSD Manufacturing[edit] DEA Testimony[edit]

Black Wednesday In 1997 the UK Treasury estimated the cost of Black Wednesday at £3.4 billion,[citation needed] with other sources giving estimates as high as £27 billion. In 2005 documents released under the Freedom of Information Act revealed that the actual cost may only have been £3.3 billion.[2] The trading losses in August and September were estimated at £800 million, but the main loss to taxpayers arose because the devaluation could have made them a profit. The papers show that if the government had maintained $24 billion foreign currency reserves and the pound had fallen by the same amount, the UK would have made a £2.4 billion profit on sterling's devaluation.[3][need quotation to verify] Newspapers also revealed that the Treasury spent £27 billion of reserves in propping up the pound. Prelude[edit] When the ERM was set up in 1979, the United Kingdom declined to join. The pound entered the mechanism at DM 2.95 to the pound. The currency traders act[edit] Aftermath[edit] See also[edit] [edit]

Open Society Foundations One of the aims of the OSF is the development of civil society organizations (e.g., charities and community groups) to encourage participation in democracy and society.[1] The name is inspired by Karl Popper's 1945 book The Open Society and Its Enemies.[2] History[edit] Initiatives[edit] Related initiatives include the Open Society Initiative for West Africa (OSIWA) and the Open Society Initiative for Southern Africa (OSISA). Activities by regions[edit] According to the 2009 OSF expenditures report,[12] Africa region (outside of South Africa) was the key area of funded activities: about $51,000,000 were spent on civil society support, human rights, education, justice, media, public health, transparency, and other activities there. Of the ten countries in which the Institute was most active in 2009, six are post-Soviet states, with another three situated in Eastern Europe. Criticism[edit] See also[edit] References[edit] Bibliography[edit] Further reading[edit] External links[edit]

George Soros George Soros (/ˈsɔroʊs/ or /ˈsɔrəs/;[3] Hungarian: Soros György; Hungarian: [ˈʃoroʃ]; born August 12, 1930, as Schwartz György) is a Hungarian-born American[4] business magnate,[5][6] investor, and philanthropist.[7] He is the chairman of Soros Fund Management. He is known as "The Man Who Broke the Bank of England" because of his short sale of US$10 billion worth of pounds, giving him a profit of $1 billion during the 1992 Black Wednesday UK currency crisis.[8][9][10] Soros is a well-known supporter of progressive-liberal political causes.[11] Between 1979 and 2011, Soros gave over $8 billion to causes related to human rights, public health, and education. Early life[edit] The Jewish Council asked the little kids to hand out the deportation notices. Later that year, at age 14, Soros lived with and posed as the godson of an employee of the Hungarian Ministry of Agriculture. Career[edit] Soros' experience from 1963 to 1973 as a vice-president at Arnhold and S. Currency speculation[edit]

Notification Center support for Gmail on iOS Posted by Jason Parachoniak, Software Engineer Our team has been working hard to bring your most-requested features to the Gmail app for iOS. Today, we’re excited to add three new improvements to that list of updates: full notification center support, the ability to send messages from your alternate email addresses and an improved login experience. First up, Gmail is now fully integrated with Notification Center and supports banners, alerts and lock screen options. Next, you now have the option to send mail from alternate email addresses. Lastly, we’ve improved the login process to allow you to stay logged into the app for as long as you’d like. We’ll continue to improve the app, and we’re looking forward to bringing you more features in future releases, including support for multiple accounts.

In schools, all you need is web While students in the northern hemisphere say goodbye to each other and another school year, we’re in sunny San Diego meeting with thousands of educators and administrators at the International Society for Technology in Education (ISTE) conference. While on break from teaching, these folks are here to teach others how they’re bringing innovation into their classrooms—a lot of which centers around the web. While the web was developed well before today’s students were born, it’s come a long way even since a year ago. Today you can access the web on any device, use the web offline and take advantage of amazing graphics. For example, you can get a powerful graphing calculator on the web today, for free. It’s been really amazing to see how the web is impacting schools. Students at East Leyden High School work together on their Chromebooks. Chromebooks are always new—just last month we announced new devices, an updated, app-centric user interface and new pricing for schools.

A tribute to Turing, the father of modern computing “The past is a foreign country—they do things differently there.” It’s a saying that rings especially true in the world of technology. But while innovating requires us to focus on the future, there are times when it’s important to look back. Today—the 100th anniversary of Alan Turing’s birth—is one such moment. Statue of Alan Turing at Bletchley Park Turing’s life was one of astounding highs and devastating lows. Turing’s breakthrough came in 1936 with the publication of his seminal paper “On Computable Numbers” (PDF). Algorithms are, in simplest terms, step-by-step instructions for carrying out a mathematical calculation. In 2010, Google helped Bletchley Park raise funds to purchase Turing’s papers so they could be preserved for public display in their museum. And finally, we couldn’t let such a momentous occasion pass without a doodle. Turing was born into a world that was very different, culturally and technologically, from ours—but his contribution has never been more significant.

Hot Summer Games In my mind, summer always means more free time. And more free time is the perfect opportunity to play some of the latest Chrome Web Store games. I’m really excited to play From Dust, an award winning strategy adventure in which you control nature to help your tribe survive. The newly released Cut the Rope is also at the top of my list. This addictive physics game requires precise planning and timing to successfully feed candy to a little green monster called Om Nom. Another game I’m hooked on is Fairway Solitaire, a mix of golf and solitaire played against a pesky gopher. To get these and other games, just visit the Chrome Web Store. Have fun playing!

Put your extensions on a diet with event pages If you’re a Chrome extensions power user, you may be familiar with a task manager that looks like this: That’s a lot of extensions running! Most of the time, they’re probably just sitting idle, waiting for the user to interact with them. Do they really need to be running and using your memory all the time? Over the last several months, we've been working on a new feature for the extension system called Event Pages that we think will help reduce the memory used by these idle extensions. How They Work Event pages are an evolution of background pages, with one major improvement: rather than running in the background all the time, an event page only runs when it is handling events. To help event pages support some important use cases, we’re also developing a few new APIs. The alarms API allows an extension to wake itself up at set times, to support features like periodically syncing data to the cloud.

Hi, I'm Zach Weiner(smith) of SMBC, and now of a new choosable pathway gamebook called "Trial of the Clone." AMA! : IAmA A year ago I posted a submission about Padmapper - a reddit user's creation to help apartment hunting. Craigslist just sent a cease-and-desist to padmapper. : Frugal