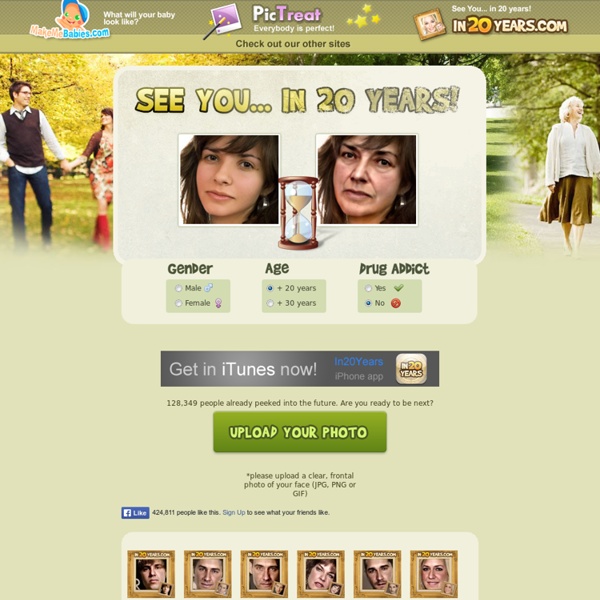 Europe According to Stereotype A London-based graphic designer has created a series of maps depicting Europe according to the national stereotypes in the minds of various peoples. Yanko Tsvetkov, a Bulgarian living in Great Britain, created the first one in 2009 in the midst of the energy dispute between Russia and the Ukraine. Russia was labelled “Paranoid Oil Empire”, the Ukraine “Gas Stealers”, and the E.U. as “Union of Subsidized Farmers”. Switzerland was simply “Bank”.

Still life: Bent objects » Article » OWNI.eu, Digital Journalism UPDATE: The Return of Bent Objects Wires transform these objects from inanimate to hilarious works of art. Little polish girl Old School Heavy Metal Fans Got a neck brace from decades of headbanging? Are those long black locks now wispy grey with a bald patch? Can't see your belt buckle due to your over-hanging beer gut? Things Ruined By Kids If you have kids, chances are they probably ruined some of your stuff by now. If you don’t have kids, this collection of pictures and stories from around the net will help you remember to wear a rubber. Permanent marker, Clearasil zit cream, and nail polish. Weâ€™re so proud. Clover the dog meets a permanent marker.

30 Hilarious Print Advertisements In today’s world of interactive web-based marketing, viral campaigns and high production television commercials, the print ad remains one very powerful and effective means for advertisers to reach their audience. The printed format, whether it is for magazines, newspapers or billboards, sets specific challenges for ad designers. An idea or message must be communicated simply and swiftly, it must be eye-catching enough to grab the viewer’s attention and convey the important information in an instant. When a print designer employs humour to carry this information, the result can be become a visual ‘one-liner’, a joke that speaks the message the ad intends. This post brings together 30 hilarious print ads that combine great imagery with cracking comedy.

5 Reasons George W. Bush Isn't As Stupid As You Think Think Dubya's a Gump? Think again-he may just be the smartest man on the planet. And you just might be able to learn something from the man who was smart enough to convince America he was functionally retarded. His "Down-Home" Country Roots Why He Appears Mentally Disabled How to Suck at Facebook All artwork and content on this site is Copyright © 2015 Matthew Inman. Please don't steal. TheOatmeal.com was lovingly built using CakePHP memes 1148 featured, 129572 upcoming 580 featured, 257549 upcoming 548 featured, 277752 upcoming 424 featured, 34714 upcoming

The Life of Python – 20 Greatest Monty Python Sketches The Holy Grail of Python’s 20 most hilarious sketches, celebrating their 40th anniversary. This Anniversary Special marks the day that Monty Python made its sparkling debut on television when the very first episode of Monty Python’s Flying Circus was aired on the BBC on 5 October 1969. The irresistible Oxbridge partnership of John Cleese , Eric Idle , Graham Chapman , Michael Palin and Terry Jones , mixed with the dazzlingly surreal artworks of American Terry Gilliam , celebrates four decades and 45 episodes of risqué silliness. The comedy of Monty Python was streaks ahead of its time.

Gadgets SOOOOooo…yes I know that is all grammatically incorrect and yes I am a TEACHER! AHHHhhhh! Anyways, usually most people don’t worry too much about grammar when we are communicating what we might say in person to someone else in writing on the internet, not a term paper. Have you read a published book with dialog in it? I thought the internet was a place for freedom of expression?