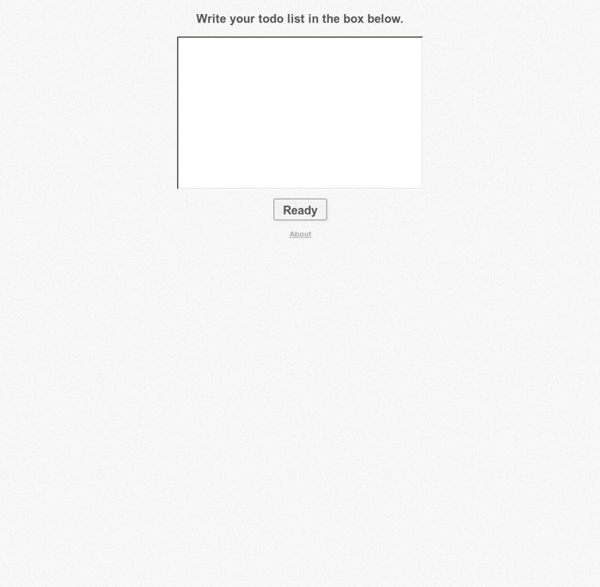 10 Open Education Resources You May Not Know About (But Should) This week, the OCW Consortium is holding its annual meeting, celebrating 10 years of OpenCourseWare. The movement to make university-level content freely and openly available online began a decade ago, when the faculty at MIT agreed to put the materials from all 2,000 of the university’s courses on the Web. With that gesture, MIT OpenCourseWare helped launch an important educational movement, one that MIT President Susan Hockfield described in her opening remarks at yesterday’s meeting as both the child of technology and of a far more ancient academic tradition: “the tradition of the global intellectual commons.” We have looked here before at how OCW has shaped education in the last ten years, but in many ways much of the content that has been posted online remains very much “Web 1.0.” But as open educational resources and OCW increase in popularity and usage, there are a number of new resources out there that do offer just that.

GQueues How to Use Commonly Misused Words Steps Method 1 of 17: "Affect" and "Effect" 1Use “effect” as instructed."Effect" is a noun referring to something that happens as a result of something else. E.g., "The antibiotic had little effect on the illness."" 2Use “affect” as instructed.The verb "affect" means to change something in some way. Method 2 of 17: "Anxious" and "Eager" 1Use "anxious” as instructed.When followed by a gerund (the "–ing" verb form), anxiousness refers to anxiety, not pleasant feelings such as enthusiasm or excitement. 2Use “eager” as instructed.Eagerness conveys enthusiasm and is followed with an infinitive.Ex. Method 3 of 17: "Convince" and "Persuade" 1Use “convince” as instructed.Convince a person of the truth or validity of an idea.Follow “convince” with "that" or "of." 2Use “persuade” as instructed.Persuade a person to take action.Follow "persuade" with an infinitive (“to” and the verb).Ex. Method 4 of 17: "Could of" and "Could have" 1Use “could” with “have.” Method 5 of 17: "Decimate" and "Devastate" Tips Ad

No Idea Left Behind: 25 Tools for Capturing Ideas Anywhere As a serial entrepreneur, I’m addicted to ideas. I feed off of ’em. And nothing makes me more upset than having a great idea… and losing it. Ideas never happen at opportune times, and having the proper idea capture tools can make sure that you’ll capture all your ideas for later processing. The problem with ideas is that they’re situational. In order to capture every single little idea that we have, we’ll need to take a multi-pronged approach to capturing the little bits of genius that we have throughout our day. I should note that we’re not talking about complex systems like mind mapping and other GTD systems. Analog Idea Capture Analog idea capturing is the oldest and one of the most useful forms of idea capture. Hipster PDA. Pocket Briefcase. Moleskine. Rite in the Rain notepad Rite in the Rain. Write boards. Sticky notes. Mac Software Mac users pride themselves on the amount and quality of organization and productivity apps. Quicksilver appending to text file. Quicksilver. OmniFocus.

How To Make A Creative And Unique Wall Artwork From One Of Your Photos Have you heard about Rasterbator? That’s the service that helps to create huge, rasterized images from any photo you shoot. You just need to upload an image on it and you’ll get a multi-page pdf file that you need to print. After that, all you need to do is to assemble the pages and hang your photo on one of walls in your house. The service is free and easy to use, so don’t hesitate to try it out.

smarchive - Cut back on paperwork! How to Fix Common Cooking Mistakes | Shine Food Do you always burn the garlic or turn pasta into a gummy mess? Learn how to avoid these all-too-common cooking mistakes. By Melissa Clark Boiling Pasta in a Pot That's Too Small Why it's bad: For starters, if you use long noodles, they might not fit unless you break them first. See More: 26 Easy Pasta Recipes Using the Wrong Knife Why it's bad: You'll damage your food. See More: How to Carve a Leg of Lamb Using a Tiny Cutting Board Why it's bad: You won't have room to maneuver a knife, which increases your risk of cutting yourself. Do this instead: Think small knife, small board; big knife, big board. See More: Chopping Cheat Sheet Storing Tomatoes in the Refrigerator Why it's bad: Tomatoes have delicate cells, and excess cold (or heat, for that matter) causes the cell walls to burst, leaving the tomatoes mealy, says Aki Kamozawa, the author of Ideas in Food: Great Recipes and Why They Work ($25, amazon.com). See More: New Uses for Produce Do this instead: Wash knives by hand.

A Geek's Guide to Budgeting Hobbies A professor once told me his trick to happiness: treat your hobby like a career, but more important. Those of us who eat up all types of hobbies—from comics to video games to DIY projects—know that a good hobby can be one of the most enriching parts of life, but they can also require a lot of time and money. Here's how to better budget that time and money.P All work and no play isn't good for anyone. Budget Your Hobby TimeP You probably have a hard enough time keeping up with your day to day, but finding time for hobbies is just as important as getting your errands done. Organize and Prioritize Your HobbiesP SExpand If you're anything like me, you have a bunch of different interests and hobbies. Personally, I'm a fan of single-tasking hobbies. The goal is to dedicate your attention to one main hobby project at a time. Create a Project or Entertainment To-Do ListP You probably already use a to-do list to keep track of all your important work tasks and errands. Budget Your FinancesP

MOREDAYS, Inc. Movies - 100 Funniest Movies to See Before You Die Learn to Successfully Flip Homes in Montreal! Scott Yancey, star of A&E’s “Flipping Vegas,” free live event in Montreal. Learn secrets from the pros May 1 - 3 & win a free tablet! Register now! AdChoicesYancey EventsSponsored Index of handouts Skip navigation links ugs : life and learning in sync Sanger Learning Center is UT Austin’s main resource for academic support. Each year, we help more than 20,000 students achieve their academic potential. We are open Monday through Friday, 8 a.m.-5 p.m. Come in for one-on-one or drop-in tutoringImprove your study skills with a learning specialistMeet weekly with a peer academic coachAttend free classes and workshops Learn how self-testing can better prepare you for your next exam.