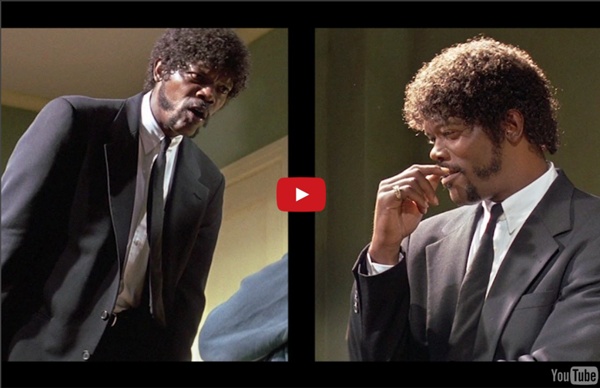 The New York pizza guide, from old-school slices to nouveau pies Denino's Pizzeria & Tavern Photograph: Michael Skigen With the ranks of New York pizza spots growing exponentially each year, Gotham is a veritable pie mecca. Patsy’s, Totonno’s and other New York pizza greats still carry on the tradition for classic versions. But new-wave upstarts, like PeteZaaz and Forcella, are bringing fresh ideas, such as quirky toppings and deep-fried pies, to the dough-rolling ranks every year. This is the state of the slice in New York right now. burned down nightclub in germany deadendthrills: Not enough pretty pictures? Laser Pointer Cosplay of the Day Most Upvoted 1229 votes This Couple Had Their Priest Sing at Their Wedding, But They Weren't Expecting Him to Belt Out Such an Awesome Cover of 'Hallelujah' 1042 votes We Weren't All Born to Give High Fives 625 votes This 78-Year-Old Granny Has the Reaction to Roller Coasters We Can All Relate to 604 votes Dad Records a Vine Every Saturday Morning For Three Months 397 votes We've All Been There, Vending Machine Share Tweet Email Cosplay of the Day Favorite By Unknown Share: 18 EDI from Mass Effect 3. Reposted by More From Cheezburger From Around the Web Recommended by Cheezburger Comments garebear Camel toe included? User ID: J-Spot I'd red, blue, or green choice that. User ID: social networking by Facebook Comments Featured Hot Today Why Google Will Always Be Better Than Bing Because is Batman Bad Screenshots From Otherwise Good Looking Video Games r/photoshopbattles Had Fun With the Picture of Hillary Clinton ... Harness Those Sweater Puppies

Humans Have a Lot More Than Five Senses Today I found out humans have a lot more than five senses. It turns out, there are at least nine senses and most researchers think there are more like twenty-one or so. Just for reference, the commonly held definition of a “sense” is “any system that consists of a group of sensory cell types that respond to a specific physical phenomenon and that corresponds to a particular group of regions within the brain where the signals are received and interpreted.” The commonly held human senses are as follows: Sight: This technically is two senses given the two distinct types of receptors present, one for color (cones) and one for brightness (rods).Taste: This is sometimes argued to be five senses by itself due to the differing types of taste receptors (sweet, salty, sour, bitter, and umami), but generally is just referred to as one sense. If you liked this article, you might also enjoy subscribing to our new Daily Knowledge YouTube channel, as well as: Bonus Facts:

12 | High-Speed Photography Turns Water Droplets Into Liquid Sculptures The water droplet is the quintessential cliché of high-speed photography. Any Internet search will produce a dizzying number of bursting and rippling liquid surfaces. Yet in the right hands, even the familiar can be extraordinary. Markus Reugels, a German amateur photographer who has perfected the theme, has produced an exhaustive catalog of his favorite subject captured in every conceivable, fleeting pose. What began as an ordinary domestic exercise--taking pictures for the family album--has become a “lovely hobby,” involving many hours of trial and error using instructions gleaned from the Internet. Reugels thickens the water with guar gum to create the consistency of milk or cream. For those interested in giving the technique a whirl, Reugels recommends using a plastic bag with a small hole, a tripod, and a remote trigger. Reugels hopes to break into commercial photography, though he doesn’t anticipate abandoning his water-drop experiments.

How Bill Nye Became The Science Guy. And A Ballet Shoe Inventor. And a Political Voice When Bill Nye tells a story about getting hit in the head, he stops to remind you about inertia, “a property of matter.” He’ll ask you how many electric switches are in your iPhone and casually chat about SpaceShipOne. It seems as though Nye were born to play the role for which he is best known: “the science guy,” an amusing, bow-tie-wearing teacher with an entertaining experiment to go with every scientific phenomena. But his career trajectory reads much more like a delicate string of happenstance than a born destiny. Looking a bit like Steve Martin started his career as a comic. But listen for a fair length of time to Nye talk about his string of happy accidents, and you'll realize he's wired for disruption--personal and otherwise. Nye has a knack for embracing chance opportunities. A video clip of an interview Nye gave in February went viral this month, attracting more than 4.6 million views (at the time of this post) and national media attention. You did work on airplanes for a while.

47 Mind-Blowing Psychology-Proven Facts You Should Know About Yourself I’ve decided to start a series called 100 Things You Should Know about People. As in: 100 things you should know if you are going to design an effective and persuasive website, web application or software application. Or maybe just 100 things that everyone should know about humans! The order that I’ll present these 100 things is going to be pretty random. So the fact that this first one is first doesn’t mean that’s it’s the most important.. just that it came to mind first. Dr. <div class="slide-intro-bottom"><a href="

Um, Maybe You Shouldn't Have Hidden From the Zombies in That Church... I keep posting in these but of course you keep deleting my opinions. You can't just change the definition of the phrase "fine art" because you like this art. It's skilled art, it's great art, hell maybe it's even "high art," but fine art is a thing and this is not that thing. That doesn't mean it's less creative or beautiful than other art, but it is not fine art. It is concept art, it is art that is meant to define a world in which a game will be made. I don't blame you for wanting people to appreciate videogames as art, but just because they can't be "fine art" (yet), doesn't mean they AREN'T art. Slapping an arbitrary "fine" in front of the article doesn't prove it to Roger Ebert or anyone else who doesn't respect video games, and it also is a big slap in the face to the other articles that you label as just regular "art."