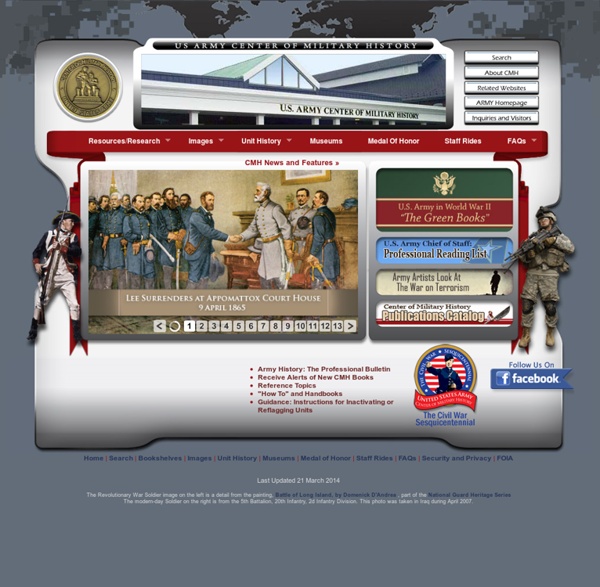 Making of America aking of America (MoA) is a digital library of primary sources in American social history from the antebellum period through reconstruction. The collection is particularly strong in the subject areas of education, psychology, American history, sociology, religion, and science and technology. The collection currently contains approximately 10,000 books and 50,000 journal articles with 19th century imprints. For more details about the project, see About MoA. Making of America is made possible by a grant from the Andrew W. New Additions: We have recently added a new feature, subject browsing. 99 more volumes focusing on New York City were added to MoA in June 2007. National Jukebox LOC.gov WARNING: Historical recordings may contain offensive language. Read the disclaimer Now Playing... Elk's reunion march Le parlate d'amor El teléfono a larga distancia At the jazz band ball Everybody's jazzin' it Pack up your troubles in your old kit bag and smile, smile, smile! View This Playlist 1919 Victrola Book of the Opera Stories of the operas with illustrations and descriptions of Victor opera records. More about Victrola Book of the Opera News The National Jukebox debuts featuring more than 10,000 78rpm disc sides issued by the Victor Talking Machine Company between 1900 and 1925. Imagine your computer as a new Gramophone purchased for family and friends to enjoy in your home parlor. Victor Advertisements The success of the Victor Talking Machine Company is often attributed to its aggressive and comprehensive print advertising campaigns. Coming Soon to the National Jukebox New recordings are added to the Jukebox periodically.

Naval History and Heritage Command List of numbered documents of the United States Department of War From 1896 to 1929, the United States Department of War gave their publications a successive number, like other departments including the Department of Agriculture and Department of the Treasury.[citation needed] They were mostly (drill) regulations and other field manuals (as they were later called, when the War Department adopted the FM Field Manual numbering), but also collections of military laws or descriptions of countries of military interest and campaigns or battles. Only a few Technical Manuals (TM's) (as they were later called) are included in this series. §List[edit] §See also[edit] United States War Department Forms §References[edit]

Feeding America Feeding America: The Historic American Cookbook Project The Project The Feeding America project has created an online collection of some of the most important and influential American cookbooks from the late 18th to early 20th century. The digital archive includes page images of 76 cookbooks from the MSU Library's collection as well as searchable full-text transcriptions. This site also features a glossary of cookery terms and multidimensional images of antique cooking implements from the collections of the MSU Museum. The Feeding America online collection hopes to highlight an important part of America's cultural heritage for teachers, students, researchers investigating American social history, professional chefs, and lifelong learners of all ages. Feeding America was made possible with funds from a 2001 IMLS National Leadership Grant. To learn more Information about the project please select one of the following: Top of the Page

Atlas of the Historical Geography of the United States A spectacular historical atlas refashioned for the 21st century Here you will find one of the greatest historical atlases: Charles O. Paullin and John K. Wright's Atlas of the Historical Geography of the United States, first published in 1932. This digital edition reproduces all of the atlas's nearly 700 maps. Many of these beautiful maps are enhanced here in ways impossible in print, animated to show change over time or made clickable to view the underlying data—remarkable maps produced eight decades ago with the functionality of the twenty-first century. hide introductory video next Old Atlas, New Functionality Georectified Maps Most maps in the atlas have been georectified, warped so that they can be placed consistently on top of a digital map. Navigating the Atlas For most maps in the atlas click on georectified ⇆ plate to toggle back and forth between views of the georectified maps and how they look in the printed atlas. There are lots of maps in the Atlas.

Records of the War Department General and Special Staffs (Record Group 165) 1860-1952 (bulk 1888-1948) Overview of Records Locations Table of Contents Top of Page 165.1 Administrative History Established: General Staff, in the War Department, effective August 15, 1903, by an act of February 14, 1903 (32 Stat. 830), replacing the Provisional General Staff and the Headquarters of the Army. Predecessor Agencies: In the War Department:Headquarters of the Army (1821-1903)Provisional General Staff (1903)Functions: Prepared plans for national defense and wartime mobilization. Abolished: By the National Security Act of 1947 (61 Stat. 495), July 26, 1947, which abolished the War Department and replaced it with a Department of the Army in the National Military Establishment, later the Department of Defense. Successor Agencies: General and Special Staffs, United States Army (1947-50); Army Staff (1950- ). Finding Aids: Harry W. Security-Classified Records: This record group may include material that is security-classified. Microfilm Publications: M995.