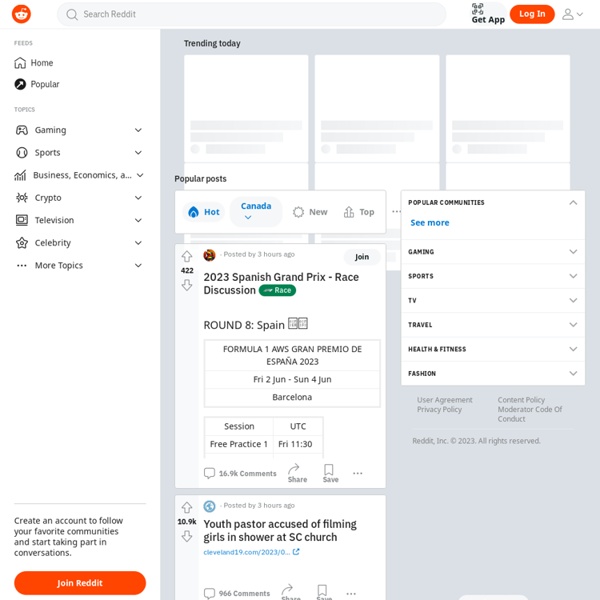 The Five Best Tools for Creating Videos Without Installing Software Over the years I've published some lists and reviews of free tools for creating videos online. Quite a few of those tools have been for creating simple videos that are really just automated, audio slideshows. See Animoto for an example of this. There's nothing inherently wrong with having your students use those tools, but at some point you will want to take your video projects to the next level. These are the five tools that I recommend for creating and editing videos without installing any special software. SCIENCE FICTION TECHNOLOGY TERMS The following items are found in science fiction literature as technologies useful in authoring a plausible setting for a sci-fi story: PROPULSION: Faster Than Light Drive (FTL) is required for stories about star based exploits. Twentieth century rocketry is limited to activities in the Solar System. At present spacecraft velocities, the nearest star would require voyages of thousands of years. At the speed of light, the nearest stars could be reached in decades of time. Several types of FTL systems are found in sci-fi literature.

The Chivas Brotherhood Last updated May 10, 2012 1.1. Governing Agreement The terms of this agreement ("Terms of Service") govern the relationship between you and Pernod Ricard USA (hereinafter "Pernod" or "Us" or "We") regarding your use of Chivas Brotherhood website, www.chivasbrotherhood.com (the "Service"). In this agreement, "Pernod" means Pernod Ricard USA, located at 100 Manhattanville Rd., Purchase, New York 10577. 1.2. Digg vs. Reddit vs. StumbleUpon vs. del.icio.us – Inspiration Bit With so many social networking sites on the Web I’m sure everyone is curious about which one is a better promotional tool for blogs. So far I’ve experienced only the effects of the big four: Digg, Reddit, StumbleUpon and del.icio.us. I thought it would be beneficial to share my observations with others.

Britain's longest clutter-free street is unveiled to make things SAFER By Ray Massey Updated: 10:11 GMT, 2 February 2012 Britain’s longest ‘clutter-free’ street was opened today with the aim of making cars and people co-exist harmoniously – without the need for hectoring signs and protective steel barriers. Indeed, the newly revamped Exhibition Road in the heart of London’s museum quarter in Kensington, visited by millions of people from around Britain and the world, doesn’t even have kerbs or pavements. The idea underlining the project is that when nannying rules and orders - in the form of countless signs, traffic signals and barriers - are removed, motorists take more personal responsibility for their own actions and drive more attentively, making more eye contact with pedestrians. Before and after: Exhibition Road in January 2010 (left) and November 2011 (right), after the refurbishment. Now the half-mile road, decorated by a criss-cross pattern, is a continuous shared space for cars and people

Calibration An example of a device whose calibration is off: a weighing scale that reads ½ ounce without any load. The formal definition of calibration by the International Bureau of Weights and Measures is the following: "Operation that, under specified conditions, in a first step, establishes a relation between the quantity values with measurement uncertainties provided by measurement standards and corresponding indications with associated measurement uncertainties (of the calibrated instrument or secondary standard) and, in a second step, uses this information to establish a relation for obtaining a measurement result from an indication."[1] History[edit]

Lushprojects.com - www.lushprojects.com - Circuit Simulator This electronic circuit simulator is highly interactive giving the feeling of playing with real components. It's very helpful for experimentation and visualization. Best of all, thanks to the power of HTML5, no plug-ins are required! The original implementation, in Java, belongs to Paul Falstad who kindly gave his permission for me to build this port. Click here to open the simulator in a full window. How to use this Best Jazz Clubs In Dallas/Fort Worth credit: sambucarestaurant.com credit: facebook.com Balcony Club Del.icio.us vs. StumbleUpon - Newest on the Net 26 Sep, 2007 | Written by Fred | under Social Bookmarking Who is the winner of the social bookmarking battle? Read/WriteWeb has a great article with a lot of empirical evidence to show who is winning.

8 Ways to be UBER Charismatic What did JFK, Marilyn Monroe and Hitler all have in common? They were all renowned charismatics that lit up every room they entered. You’ve most likely met one of these kinds before. The guy/girl at the party. They possess some strange quality that causes them to be liked by everyone and constantly at the center of attention. Their eyes and the way they carry themselves convey power and magnetism and you can’t quite figure out why. 20 Common Grammar Mistakes That (Almost) Everyone Makes I’ve edited a monthly magazine for more than six years, and it’s a job that’s come with more frustration than reward. If there’s one thing I am grateful for — and it sure isn’t the pay — it’s that my work has allowed endless time to hone my craft to Louis Skolnick levels of grammar geekery. As someone who slings red ink for a living, let me tell you: grammar is an ultra-micro component in the larger picture; it lies somewhere in the final steps of the editing trail; and as such it’s an overrated quasi-irrelevancy in the creative process, perpetuated into importance primarily by bitter nerds who accumulate tweed jackets and crippling inferiority complexes. But experience has also taught me that readers, for better or worse, will approach your work with a jaundiced eye and an itch to judge.

This website is very simple and has many useful informations on it. Lot of infos on informatic stuff such as : programming, scripting, games etc.I really appreciate it, it helped me out for a bunch of stuff on internet and some problems i had with my computer. Thanks everybody from being on Reddit ! by zoombir Feb 7

i too use to scoff at the idea of aliens but once you honestly open your eyes and mind. a nasa scientist wrote a book claiming to have found life on mars and has pictures as well by randyindiego Nov 21

why are you so egotystical to believe we are the only life in this infinite universe? by randyindiego Nov 21

no there are countless testimonies, eye witness accounts, stonehenge, pyrimids, top military officails have confessed as well by randyindiego Nov 21

actually that says science rejects that the earth is hollow, so why would i believe it is, that like the cop out "faith"-the belief in something that is not there. by randyindiego Nov 21

All you have successfully proven is that you clearly have no understanding of how the scientific method or critical thinking works. Congratulations randy, you're as uninformed as the religious zealots. Since you'll believe anything, here is "proof" that the Earth is hollow: by jmile69 Nov 21

proof our monetary system is not run by our govt by a rivate corporation, the federal reserve: by randyindiego Nov 21

It wouldn't be the internet without argument. I'm loving pearltrees so far. Great way to keep my links sorted. by jmile69 Nov 21

He can't provide a logical argument for or against anything. You have to be capable of knowing what one is first. The burden of proof lies on the claiment randy. You want proof go read the 90% of the internet that isn't filled with crack pot nonsense and myth. by jmile69 Nov 21

can you please cite your resources that have discreddited these truths?i havnt assumed anything,your stance is im a crack pot conspiracist, my stance is we have proven these so called theories to be actual fact. It's 2010 science has come a long way since the 40's. folks who were sworn to secrecy are reaching their death beds and confessing these life long secrets...just dig a litle further before believeing what you are told to belive. Never Stop Learning and Growing as a society or we are bound for failure by randyindiego Nov 21

You are just full of contradiction. Your "conspiracy theoris" have been discredited countless times. I also find it funny that since I called you on your crap, you immediately begin to make assumptions about my beliefs, incorrect ones at that. Go back to your bong hippy boy. by jmile69 Nov 21

no...evidence equals facts. scientific testimonies equal facts. first hand eye witness accounts from multiple, reliable sources equals facts. all of which are present and accounted for.its not like im saying some being blinked once to create man and twice to create woman; now that is a conspiracy theory. do you believe in the tooth ferry and the easter bunny too? by randyindiego Nov 21

Guys, let's not have this argument. I think we can all agree that reddit has a demographic, every news website does, even if it's on accident. This, on the other hand, is a site for linking people interesting content, not for trying to bash one another, or their views. by thelivingded Nov 21

i understand things can seem unfair from one's perspective. it is what you make of it, clearly it is much more difficult to have things fair and balanced when there is so much deception and falsities that have been manufactured throughout the course of time for individual gain. the world we live in has been manufactured, it is all a mirage and a curtain and until you pull the blinders off and ask the tough questions you will forever be in the dark.yes there are aliens, yes jfk was a cover up, yes the monetary system is a scam, yes 9/11 was a false flag operation, yes cannabis has been put through a smear campaign and alcohol is a far more dangerous substance by randyindiego Nov 21

Just remember that the vast majority of them are highschool and college students, and therefore, driven by idealism. Idealism is nice, but the real world isn't fair, and until you've experienced that, well, I'll take their opinions with a grain of salt. by jmile69 Nov 20

id much rather listen to what intelligent people have to say; who understand the world is alot older than religious people believe. These are people who question and see beyond the mere surface by randyindiego Nov 20

Reddit rocks. It makes me laugh, makes me think, ,makes me angry, makes me involved. I love it! by peabody Nov 19

I used to Digg a lot too. The redesign really didn't work for me though. The reddit community seems to be a bit more welcoming, anyhow. by c0l0rs Nov 19