Insights for Prospering as Our World Changes 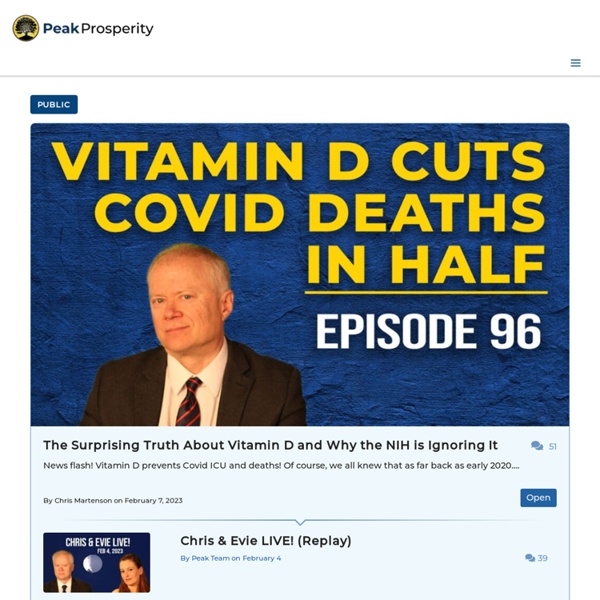 Eurozone Crisis: In the Eye of the Storm The Eurozone crisis has been in retreat since the introduction of the European Central Bank’s (ECB) three-year long-term refinancing operations (LTROs) in late December 2011. At the European Council Meeting in early March, journalists who cover the crisis fretted that boredom loomed. The current lull does not indicate that the Eurozone is in the clear, but rather it is simply in the eye of the storm, and more drama inevitably awaits. Extend and pretend So far, there are three key mechanisms the troika — the European Commission, International Monetary Fund (IMF) and ECB — has employed to buy time for the Eurozone’s weaker countries to regain competitiveness and return to growth. Each of these could fail over the next few years, prompting a renewed intensification of the crisis. The first of the Eurozone’s time-buying mechanisms is the bailout programs that have been provided to Greece, Portugal and Ireland.

The Fiscally Fit Man What You Can Learn from Sports MascotsBy J. Rentilly April 15, 2014 If there's one essential fashion tip to be gleaned from the flamboyant world of professional sports mascots—you know, the slapstick San Diego Chicken or the green and goofy Phillie Phanatic—it is this:... Survive the Shark Tank!By Andrew Daniels April 10, 2014 My wife and I have a Friday night ritual. Why I Don’t Believe Randers’ Limits to Growth Forecast to 2052 Jorgen Randers published a book in 2012 called 2052: A Global Forecast for the Next 40 Years. A note on the front says, “A report to the Club of Rome, Commemorating the 40th Anniversary of The Limits to Growth.” If we compare the new book to the book from 40 years ago, we see some surprising differences. In 1972, the analysis suggested that serious resource depletion issues would occur about now–the first part of the 21st century. In comparison, current indications look much better.

Pressurised System Installations, Athboy, Co Meath, Ireland, Renewable Heating and Energy, Solar Panels, Condensing Boilers, Wood Pellet Boilers, Thermal Energy, Heat Pumps, Heat Recovery Ventilation, Condensing Gas Boilers, Stoves, Underfloor Heating, Pr Pressurised hot water systems are often called unvented systems. In an unvented system, incoming pressurised cold water typically enters a hot water tank suitable for pressurised water up to 10 -13 bar where it is heated either directly by means of electrical immersion (direct); or by means of heat exchanger coils within the vessel (indirect). Traditionally, houses would use a single coil fed from the gas/oil boiler. However, if one chooses to integrate solar collectors a second coil is required. Cold water from the mains is delivered to the base of the cylinder, the water is heated. Then, when a tap or shower is turned on the mains water pressure pushes the hot water out.

Doomstead Diner Off the keyboard of Gail Tverberg Follow us on Twitter @doomstead666 Friend us on Facebook Published on Our Finite World on August 26, 2015 Discuss this article at the Economics Table inside the Diner Both the stock market and oil prices have been plunging. Is this “just another cycle,” or is it something much worse? How To Naturally Increase Testosterone In Men Testosterone is a hormone that is secreted in both men and women. It is responsible for sex drive, as well as protein processing for muscle mass development and strength. Testosterone declines with age, illness and poor nutrition in both genders, though this change may be more marked in men. Synthetic hormone replacement therapy can cause adverse side effects. Debt Rattle September 1 2015 Jack Delano Colored drivers entrance, U.S. 1, NY Avenue, Washington, DC Jun 1940 Merkel: egg on her face and blood on her hands. • European Efforts to Stem Migrant Tide Sow Chaos on Austria-Hungary Border (WSJ) Austrian and Hungarian efforts to stem a growing tide of migrants sowed chaos along their frontier on Monday as Germany’s chancellor warned that Europe’s open-border policy was in danger unless it united in its response to the crisis. In Austria, police toughened controls on the border, triggering miles of traffic jams as they checked cars and trucks for evidence of people smuggling.

The Bike Hub MTB and cyclocross, and also safe bike paths with picturesque views. What you'll find at The Bike Hub: • Bikes: Specialized, Giant, Wilier, Bianchi, Trek • Clothing: Sportful, Altura, Blue Seventy • Chill Out area with TV and Coffee • Bike Park Facility • Rental • Workshop Established in late October 2010, The Bike Hub is located in the harbour town of Howth, 12km north of Dublin city centre. Live Healthy Eat Healthy is a comprehensive, easy-to-read online recipe and healthy food guide. Great guides from us and our partners for all areas of your family's health. Take these easy steps towards a healthier home and life! A user-friendly and practical lifestyle guide about how to reduce toxic exposure in our homes, our new book is a perfect resource of credible and easy steps to creating a healthier environment and lifestyle for all stages of parenting. Start here with The 5 Easy Steps and discover that you can do something. Learn the uncomplicated facts, what you can do, and what is important to avoid.