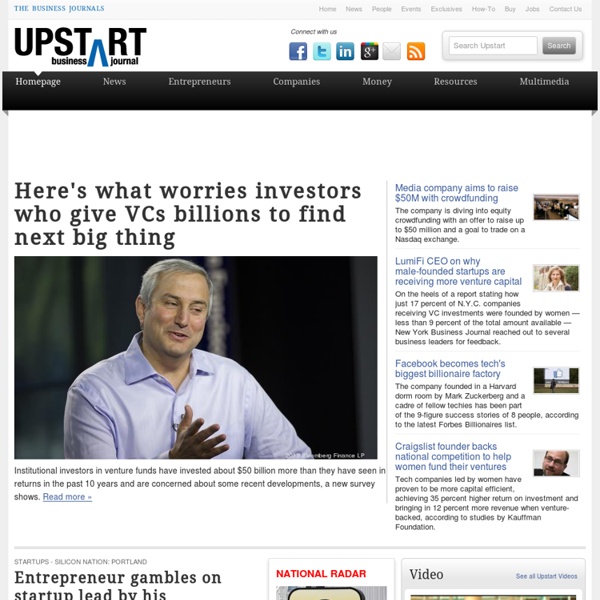 Brain is not fully mature until 30s and 40s (PhysOrg.com) -- New research from the UK shows the brain continues to develop after childhood and puberty, and is not fully developed until people are well into their 30s and 40s. The findings contradict current theories that the brain matures much earlier. Professor Sarah-Jayne Blakemore, a neuroscientist with the Institute of Cognitive Neuroscience at University College London, said until around a decade ago many scientists had "pretty much assumed that the human brain stopped developing in early childhood," but recent research has found that many regions of the brain continue to develop for a long time afterwards. The prefrontal cortex is the region at the front of the brain just behind the forehead, and is an area of the brain that undergoes the longest period of development. Prof. Blakemore said brain scans show the prefrontal cortex continues to change shape as people reach their 30s and up to their late 40s.

Latin Business Chronicle â€“ Latin American Business News and Intelligence Reemerging Markets Productivity and innovation will be the true markers of success in the new global economy. Andbank’s international push Inside A Cloud Computing Data Center « Data Center Knowledge The interior of a 40-foot container inside the new Microsoft Chicago data center, packed with servers on either side of a center aisle (click to see a larger version of this image). Most cloud computing data centers aren’t open for tours. Not to worry. Data Center Knowledge has put together virtual tours using photos and videos to bring you inside some of the world’s largest cloud computing data centers. Here are some links:

The Top 10 Plants for Removing Indoor Toxins Common indoor plants may provide a valuable weapon in the fight against rising levels of indoor air pollution. NASA scientists are finding them to be surprisingly useful in absorbing potentially harmful gases and cleaning the air inside homes, indoor public spaces and office buildings. The indoor pollutants that affect health are formaldehyde, Volatile Organic Compounds (benzene and trichloroethylene or TCE), airborne biological pollutants, carbon monoxide and nitrogen oxides, pesticides and disinfectants (phenols), and radon.

Women's exercise linked to lower cognitive skill - health - 07 January 2011 WOMEN who habitually take strenuous exercise might be at risk of damaging their cognitive function later in life. Strenuous exercise is known to reduce oestrogen levels in women and girls. This can delay the start of menstruation, and can lead to irregular periods in adult women. FUTURO We are living in an extremely exciting time in terms of science and technology. Things that have always been considered science fiction are becoming normal day-to-day components of our lives. And while we have been seeing invention after breakthrough over and over in the last couple of decades, this next ten years is going to blow everything else out of the water. The awesome thing about all these scientific discoveries it that they create technology that allows us to make more breakthroughs even faster. Our ability to innovate is increasing exponentially as the years go by. To give you an idea of the magnitude of this reality, here are 10 amazing innovations to different sectors of life.

Glass lens doorknob gives preview of room beyond Probably not all doors should offer previews, all the time, but this is undeniably wonderful. As it is, the knob offers bi-directional viewing; I wonder if you could half-silver one side and make it one-way? Johnny Strategy at Spoon & Tomago writes: In conjunction with Design Tide Tokyo, architect Hideyuki Nakayama – a protÃ©gÃ© of Toyo Ito – has teamed up with UNION, a manufacturer of door handles and levers, to create a glass globe doorknob. As you approach the doorknob you catch a glimpse of what appears to be another world, waiting for you to enter and join, but in fact is a reflection of the room on the other side of the door.

Religion May Cause Brain Atrophy Faith can open your mind but it can also cause your brain to shrink at a different rate, research suggests. Researchers at Duke University Medical Centre in the US claim to have discovered a correlation between religious practices and changes in the brains of older adults. The study, published in the open-access science journal, Public Library of Science ONE, asked 268 people aged 58 to 84 about their religious group, spiritual practices and life-changing religious experiences. Changes in the volume of their hippocampus, the region of the brain associated with learning and memory, were tracked using MRI scans, over two to eight years. Protestants who did not identify themselves as born-again were found to have less atrophy in the hippocampus region than did born-again Protestants, Catholics or those with no religious affiliation.

LUPA <form name="lst" id="lst" method="post" action=".. loupe.js 2.0 allows you to add photorealistic loupes (magnifier) to images on your webpages. The design is changeable by use of an image editing program. It uses unobtrusive javascript to keep your code clean.