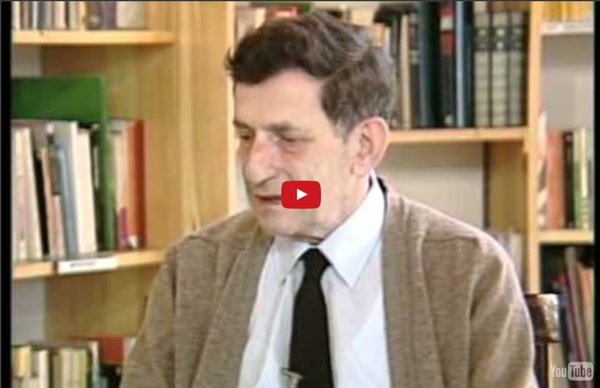 9/11 As “Global Luciferian MegaRitual” To Usher In Jewish Messiah (the Masonic Christ and Christian antichrist) and Jewish Utopia (New Satanic World Order and Religion) Dr. Eric T. Karlstrom, Emeritus Professor of Geography, June, 2015 Abstract Numerous lines of evidence developed by numerous researchers now converge. “Operation 9/11” was an elaborately-staged hoax that bears all the hallmarks of numerous other Illuminati, state-sponsored, false-flag terror events. 1) The outer (exoteric) meaning is the official “cover story;” the preposterous and easily disproven lie that Osama Bin Laden and 19-alleged Saudi hijackers thwarted the most powerful military nation in the history of the world. 2) The “inner meaning ” is that 9/11 provided the political pretext and trigger for a series wars of aggression in the Middle East and complete re-organization of American military/intelligence/police operations concomitant with severe curtailment of Constitutional liberties at home. In gematria (numerology), “9” and “11” are symbolic, respectively, of evil and magic. However, there seem to be a confusion of “prophetic voices” from which to choose. Epigraph Quotes Dr.

The Rockefeller Plan for the BRICS New World Order, in their own words… (Update 1 – Putin and Kissinger’s friendship) Decades before President George H.W. Bush introduced the “New World Order” (NWO) into the American vernacular, the Rockefeller family and their minions were making plans to expend America’s post-World War 2 power to bring about such an order. In the course of researching Laurance Rockefeller for my last entry, Why are the Rockefellers and the Jesuits guiding the UFO Disclosure Movement?, I came across a book titled Prospect for America: The Rockefeller Panel Reports… …It was the product of a 1956 Rockefeller Brothers Fund effort known as the Special Studies Project, and it lays out the blueprint for the multilateral / multipolar New World Order that is currently materializing around us. In the aftermath of World War 2 and the resulting formation of the United Nations (which the Rockefellers were instrumental in creating and funding), the Special Studies Project, directed by Henry Kissinger, was formed to carry out two apparent tasks: …(from page 35) The 13 Empires of the Old World Order

Two Constitutions in the United States. 1st was suspended in favor of a Vatican Corporation in 1871 Pope meeting with the board of directors of The Vatican Bank Since 1871 the United States president and the United States Congress has been playing politics under a different set of rules and policies. The American people do not know that there are two Constitutions in the United States. The Congress realized that the country was in dire financial straits, so they made a financial deal with the devil – international bankers — (in those days, the Rothschilds of London ) thereby incurring a DEBT to said bankers. With the passage of “the Act of 1871” a city state (a state within a state) called the District of Columbia located on 10 sq miles of land in the heart of Washington was formed with its own flag and its own independent constitution – the United States’ secret second constitution. The flag of Washington’s District of Columbia has 3 red stars, each symbolizing a city state within the three city empire. (POTUS Obama at the Vatican Corporate headquarters) The U.S.A. is a Crown Colony.

The Origins of Yale’s Not-So-Secret Society and Its Continuing Influence Much has been written about the vague and nebulous Illuminati, but one shadowy ivy league secret society in particular has continued to rivet Americans’ attention for nearly two centuries. The “Brotherhood of Death,” otherwise known as Yale’s Skull and Bones, while secretive in nature, undoubtedly boasts many powerful members who have influenced, and continue to influence, American society at the absolute highest levels. The infamous society was founded at prestigious Yale University in 1832 by William Huntington Russell and Alphonso Taft. A young Yale junior named William Russell founded the group after spending a year in Germany among members of some of the most mystical and elite clubs in the world, including organizations that mimicked the Enlightenment-era Illuminati. The term eulogia (ευλογία), Greek for “blessing”, was used in the early Christian Church to signify the Holy Eucharist, and has a special use in connection with monastic life. Today, John Kerry, the current U.S.

Knights Templar and Freemasonry I made this article NOT to promote freemasonry i put it together to expose Freemasonry and to show to people what it really is. The Knights Templar were the elite fighting force of their day, highly trained, well-equipped and highly motivated; one of the tenets of their religious order was that they were forbidden from retreating in battle, unless outnumbered three to one, and even then only by order of their commander, or if the Templar flag went down. Not all Knights Templar were warriors. The mission of most of the members was one of support – to acquire resources which could be used to fund and equip the small percentage of members who were fighting on the front lines. Because of this infrastructure, the warriors were well-trained and very well armed. Even their horses were trained to fight in combat, fully armored.The combination of soldier and monk was also a powerful one, as to the Templar knights, martyrdom in battle was one of the most glorious ways to die. Degrees Fellow Craft

Top 10 Things You Shouldn’t Know About The Ubiquitous “Illuminati” Warning: The following information is not suitable for anyone who would like to remain blind. At the same time this article is especially not for anyone that is certain they “know it all.” If you plan on having the “answers” handed to you, then please hit the back button… there’s nothing here for you. Moving forward, everything listed below is meant to only lightly touch upon each topic and requires further research on the reader’s behalf to really “know the truth,” instead of just believing what one source has to say. If you’re ready to take the red pill now, then let’s explore together exactly how deep this rabbit hole goes… (update: to see what people are doing after reading this, please check out the poll on the bottom of this post) 10. Food for thought: Why can most people tell you more about their favorite celebrities than the people they interact with on a daily basis? Instead of asking why is this symbolism being constantly repeated? 9. It gets even weirder than the image above.

The Greatest Hoax | Serge Monast - Project Blue Beam transcript Home | Issues | Perspective | Audio | Guests | Images | Live Chat | Links | Search | About | Contact Following is the transcript of a taped presentation by Serge Monast, a French-speaking Canadian journalist. Although there was no date on the tape, Monast speaks of 1983 as "eleven years ago", so we will assume this talk took place in 1994. Because the tape from which we transcribed was not of high quality, and along with the very heavy French accent, we were unable to make out some of the words. I've decided to transcribe this tape because the information relates to events occurring today. He also indicated during the presentation that the planners had originally set the date for 1983. The date 1984 ('85) also jives with information presented to a special Legislative Committee in Illinois in 1978 studying the effects of Regionalism on the State, by a gentleman who testified that: he was a former secret courier for the National Security Agency; the 'official position of the U.S.

Deprogrammer Interview with Marion Knox: In the House of the Strongman, Sodomy is the Key - by Elana Freeland Interviewing Deprogrammers: In the House of the Strong ManSodomy is the Key Interview with Marion Knoxby Elana Freeland The doctors of the law, too, who had come down from Jerusalem, said, ‘He is possessed by Beelzebub’ and ‘He drives out devils by the prince of devils.’ So he called them to come forward, and spoke to them in parables: ‘How can Satan drive out Satan? If a kingdom is divided against itself, that kingdom cannot stand; if a household is divided against itself, that house will never stand; and if Satan is in rebellion against himself, he is divided and cannot stand; and that is the end of him. ‘On the other hand, no one can break into a strong man’s house and make off with his goods unless he has first tied the strong man up; then he can ransack the house.’ Marion Knox is a farmer in Lebanon, Oregon who more and more is called upon to do the work of deliverance, not deprogramming. M: Yes, it does, and I would like to broaden that a little bit. M: As far as I know. M: Yes.

The Complete History of the Freemasonry and The Creation of the New World Order The creation of the New World Order (NWO) agenda was put in motion by the infamous character, Mayer Amschel Rothschild, the one who decided to control the entire planet by any means necessary. Of course, this meant: deception, control, financial enslavement, blackmail and murder… but also far graver things, like: wars, famine and depopulation… a genocide unlike any other before it. If you want to better understand just how powerful and black-hearted the Rothschild family is, then you must read their complete history HERE and HERE. They are the richest clan in the world, and their empire was built on mountains of bones and sufferance. 1773 – Mayer Amschel Rothschild assembles twelve of his most influential friends, and convinces them that if they all pool their resources together, they can rule the world. This meeting takes place in Frankfurt, Germany. May 1, 1776 – Adam Weishaupt (code named Spartacus) establishes a secret society called the Order of the Illuminati. 1821 – George W. Eddie

The ISIS Ploy: Illuminati Symbols, Sorcery and Sacrifice 29th June 2014 By Zen Gardner Contributing Writer for Wake Up World It’s rather ironic that this latest wave of Western armed and financed “Islamic” militants invading Iraq and now conveniently threatening Syria and Iran is named ISIS. Or is it deliberate? It’s being used to stand for this oddly anglicised, fabricated, full-on barbaric “Islamic State in Iraq and Syria” movement presently sweeping Iraq, but anyone acquainted with any degree of occult knowledge or esoteric mythology knows the goddess Isis is one of the most important figures in so-called mystery schools, and a favorite of Freemasonry and the Illuminati; and one for which they have manipulated, murdered and thoroughly deceived humanity for millennia. These “elite” few are fueled by something besides their psychopathy – it’s an occult allegiance to powerful symbolic entities, whether they are all fully conscious of their allegiances to these powers or not. She was/is considered the goddess of enchantment and magic. Much love,

PH Craftlove NWO Education project The Secret Order of the Illuminati Introduction his whole thing with the Illuminati and a Shadow Government may be unreal to many people, but stay with me for a while and give it a chance. I encourage you to read this introductory, over-viewing article before you read anything else from this website, unless you are already familiar with the Illuminati. Even then it would probably be refreshing to read it. The evidence and in depth discussions to support my information is not going to be provided in this particular article; it only summarizes what is discussed on the rest of my website. I believe you will have enough information on this web site to get the whole picture of what is going on and who is pulling the strings, so if you look at it with an open mind, I think that after a while you will have little doubt that the Shadow Government, a Global Elite, is trying to create a malevolent World Government above our heads, and they are just about to succeed! Most of us agree that something is very wrong with this world. min