Cristiano Ronaldo - Tested To The Limit 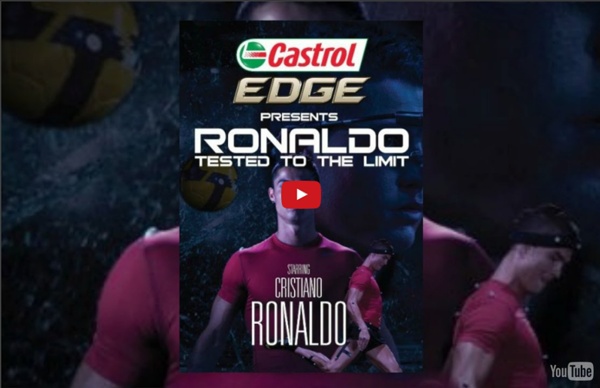 Tanganyika laughter epidemic The Tanganyika laughter epidemic of 1962 was an outbreak of mass hysteria – or mass psychogenic illness (MPI) – rumored to have occurred in or near the village of Kashasha on the western coast of Lake Victoria in the modern nation of Tanzania (formerly Tanganyika) near the border of Kenya.[1] The laughter epidemic began on January 30, 1962, at a mission-run boarding school for girls in Kashasha. The laughter started with three girls and spread haphazardly throughout the school, affecting 95 of the 159 pupils, aged 12–18.[2][3] Symptoms lasted from a few hours to 16 days in those affected. The teaching staff were not affected but reported that students were unable to concentrate on their lessons. After the school was closed and the students were sent home, the epidemic spread to Nshamba, a village that was home to several of the girls.[4] In April and May, 217 people had laughing attacks in the village, most of them being school children and young adults. See also[edit] References[edit]

What does it mean to have an athletic body? | Fit and Feminist Autumn over at The Beheld wrote a post yesterday entitled “On Athletic Bodies,” and I found it very thought-provoking. Here’s the meat of her post (although I think you should read the whole thing anyway, and in fact, you should probably just go ahead and put her blog into your RSS reader while you’re at it): So the first time I saw “athletic body” in the “dress your figure” pages of a women’s magazine, I got excited. Finally, someone was acknowledging that not all women who work out are doing so to lose weight—and, hey, maybe I’d finally, once and for all, learn what kind of figure I actually had. But when the advice focused on “creating curves,” I was confused: I’m not particularly busty, but lacking curves has never been my problem. The whole post is just a heaping pile of awesome, and I really suggest you go read it. I went and checked out one of the links Autumn referenced, in which a blogger provides suggestions for women with “athletic” figures. The blogger starts off with:

ideafit A look at the science of high-intensity interval training. The fitness industry is seeing a surge of interest in high-intensity interval training (HIIT), a burst-and-recover cycle that can offer a viable alternative to continuous aerobic exercise. HIIT, which pairs quick bouts of high-energy exercise with low-effort rest intervals, is not exactly a new idea. As early as 1912, the Finnish Olympic long-distance runner Hannes Kolehmainen was using interval training in his workouts (Billat 2001). As our knowledge of HIIT has increased, exercise scientists have demonstrated that HIIT can boost the performance of competitive athletes;improve the health of recreational exercisers; andprovide the benefits of continuous-endurance training with fewer workouts. The standard way to improve cardiovascular fitness is to increase the volume of exercise—for example, with longer runs or bike rides, or more time on an aerobic machine. HIIT vs. HIIT vs. HIIT vs. Source: Laursen 2010.

Cummingtonite Cummingtonite is a metamorphic amphibole with the chemical composition (Mg,Fe2+)2(Mg,Fe2+)5Si8O22(OH)2, magnesium iron silicate hydroxide. Monoclinic cummingtonite is compositionally similar and polymorphic with orthorhombic anthophyllite, which is a much more common form of magnesium-rich amphibole, the latter being metastable. Cummingtonite shares few compositional similarities with alkali amphiboles such as arfvedsonite, glaucophane-riebeckite. Name and discovery Fibrous, brownish crystals of cummingtonite - Locality: Dannemora Mine, Uppsala Län, Uppland, Sweden Cummingtonite was named after the town of Cummington, Massachusetts, where it was discovered in 1824.[1][2] It is also found in Sweden, South Africa, Scotland, and New Zealand.[2] Chemistry Cummingtonite is a member of the cummingtonite-grunerite solid solution series which ranges from Mg7Si8O22(OH)2 for magnesiocummingtonite to the iron rich grunerite endmember Fe7Si8O22(OH)2. Occurrence References Further reading

Comparing Vastly Different Body Types of Olympic Athletes New York-based photographer Howard Schatz captures the diverse range of body types of Olympic athletes. Referring to a body as an athletic build is often thought to be a perfect, rippling mass of muscle boasting a six pack, but Schatz's series reveals the wide variety of heights, widths, body shapes, and muscle mass that make up the physiques of champion athletes across an array of Olympic sports. Tall, short, heavy and light, Schatz's series clearly displays the broad spectrum of sizes and shapes that these disciplined jocks come in. Dependent on their field of athletics, their bodies are in peak condition, despite looking so different from one another. Schatz's series of 125 champion athlete portraits is displayed in his book, aptly titled Athlete, in collaboration with his wife Beverly Ornstein, an award-winning producer and senior editor. Schatz/Ornstein Studio website via [reddit]

Effects Of Alcohol On Sports Performance Alcohol consumption is a major concern in the sports world. It remains one of the most abused drugs among athletes despite the well-known negative effects it can have on the mind and body. Drinking often begins among athletes during the high school years. Strength training is an important part of getting your body fit for athletic activity, but drinking alcohol can negate the results of your workouts. Aerobic activity involves the use of oxygen to energize the large muscle groups needed to physically perform. Being able to learn strategies and respond quickly -- both physically and mentally -- are vital when you're playing sports. Many of alcohol's effects on sports performance occur quickly, but long-term use can lead to serious repercussions as well.

No Globes: Miniature power plant spews a cloud of black pollution when shaken This limited edition snow globe titled “No Globes” was designed by UK-based collective Dorothy to protest the construction of coal-fired power stations back in 2009. Instead of the usual happy snow globe scene with pristine white snow particles, there’s a power plant spewing a cloud of black pollution. Via Who Killed Bambi Don't believe the hype, teens are drinking less than they used to Ask your friends and colleagues about young Australians and alcohol and I bet they’ll say something about a generation out of control or a binge-drinking epidemic. The media regularly brings the worst outcomes of young people’s drinking to our attention and points to a problematic drinking culture supposedly unique to young Australians. Little wonder people believe things have never been so bad. The reality is startlingly different. Data recently released by the Australian Bureau of Statistics shows alcohol consumption in Australia has reached its lowest point since the early 1960s, having declined steadily since the mid-2000s. According to the National Drug Strategy Household Survey, the proportion of 12- to 15-year-olds who reported any drinking in the past year halved, from 35% in 2004 to 18% in 2013. In case you think there must be something wrong with this survey, results from the Australian Secondary Students Alcohol and Drug Survey show similar trends.

Complete Guide to Fitness Testing Home > Fitness Testing This site is dedicated to all things concerning fitness testing, with over 300 fitness tests described, information about conducting and interpreting assessment results, plus much more. Test Procedures (more) All Tests — browse the complete list of over 300 fitness tests. Categories — tests sorted into the specific components of fitness to easily find what you are after. Testing Resources (more) Equipment — information and links for fitness testing equipment. Specific Groups (more) Sport Specific Testing — testing protocols for evaluation in specific sports. Help (more) Search — search all pages of this website. ClippyJS - Add Clippy or his friends to any website for instant nostalgia Clippy.js is a full Javascript implementation of Microsoft Agent (AKA Clippy and friends), ready to be embedded in any website. Pick an assistant below and mash some animation buttons! Our favorite is Links the cat. During lunch a few weeks ago we thought it would be cool to have a fully functional Clippy that can be embedded in any website. We fiddled around with it and we had an unexpected amount of fun laughing at Clippy and his antics. We started thinking about the developers' state of mind when they created Clippy. We built Clippy.js over the weekend to share that fun and whimsy with everyone, and to remind people to try new and risky things, even when they seem silly. We built Clippy.js over the weekend to remind people to try risky and silly things. Agents are composed of multiple sets of animations. Add this code to you to your page to enable Clippy.js. All the agent actions are queued and executed by order, so you could stack them.

Education resources The AIHW releases around 150 publications every year. Permission for use has been granted under the Creative Commons Licensing, provided AIHW acknowledgment is given. Latest worksheets and presentations (from Australia's health 2016) iPhone/iPad Apps Search in the App store the following Apps: OzHealth app - key facts and figures from the Australia's health 2016 reportOzWelfare app - key facts and figures from the Australia's welfare 2015 report Indigenous health and welfare statistics app—key facts and figures from the The health and welfare of Australia’s Aboriginal and Torres Strait Islander peoples: 2015 Are you an Android user? Presentations Designed for classroom use and/or inserting into your own presentations. Videos What is burden of disease? Quizzes See below for Quiz answers. Infographics, posters and report profiles Infographics present complex information in a way that is visually stimulating and easily understandable. Resources by subject area Children and youth Disease Drugs Health Injury