Uncover Your Creeks in Metro Vancouver 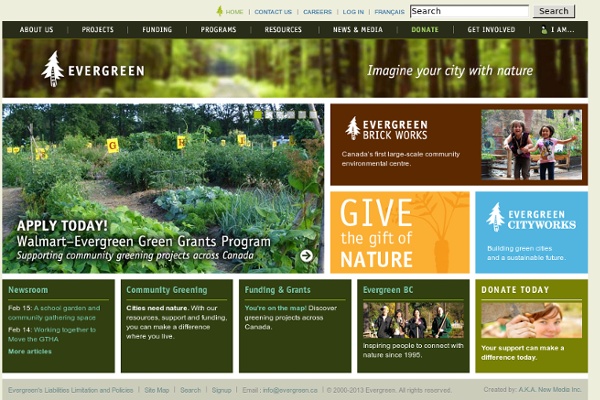 The Pacific Streamkeepers Federation City Concealed: Staten Island I previously featured a video from the online video series "The City Concealed" produced by Thirteen, a project of New York station WNET. The series offers glimpses into some of the terrain vague of the metropolis by: "...exploring the unseen corners of New York. Visit the places you don’t know exist, locations you can’t get into, or maybe don’t even want to. Each installment unearths New York’s rich history in the city’s hidden remains and overlooked spaces." The alerted me to a recent video on the Staten Island Greenbelt, which is 2,800 acres of passive natural area and more traditional parkland, a short distance from Manhattan. A bit of context from a location map shows the full extent of this agglomerated green zone slicing through the center of the island. A close up shows some of the detail of the connected areas and the juxtaposition of the active and passive elements. THIRTEEN is owned by the New York public media company WNET.ORG.

Go Green Members Program Go Green Members are Companies and NGOs, Agencies, Organisations and Educational institutions interested in communicating their corporate citizenship, sustainability, and socially responsible initiatives to a global audience through the Go Green Portal. We offer 2 levels of Membership. You can choose the level of membership that best suits your intended level of participation. 1. Corporate Membership Benefits Your company profile is featured in our portal. You have access to Go Green Research Reports developed in association with our partners. You can avail a special discount when you shop for eco-products at TheGreenEcostore.com. You will receive a 'Members Only' newsletter covering review of major developments in the eco-domain. You can display the Go Green Corporate membership logo on your web site and company branding. Annual Fee - US$ 2,000/year View Members 2. This membership is open for educational institutions, NGO's and Non-Profits. Your institution profile is featured in our portal.

Still Creek Enhancement Why Still Creek is important Today, Still Creek is one of only two remaining visible streams in urban Vancouver. Located in the east side of Vancouver, Still Creek forms an important part of the Brunette River system. Still Creek flows for 17 km through densely populated sections of Burnaby and Vancouver, ending in the Fraser River in New Westminster. How the City developed this plan The City prepared the Still Creek Enhancement Study working with community groups, property owners, environmentalists, and “stream-keepers”. The study outlines 10-year actions leading to a 50-year plan for the beautification, protection and restoration of sections of the creek that run through Vancouver. The purpose of this plan The revitalization efforts are part of a larger plan to reduce flooding, reconnect people with Still Creek and its natural beauty, and improve long-standing environmental issues throughout the Still Creek Watershed. Challenges

Goldhagen: “Democracies Need Physical Spaces” Sarah Williams Goldhagen, architecture critic for The New Republic, argues that America’s public realm is best served by physical urban spaces that can enable “non-structured and non-goal-orientated” interactions among many kinds of people. The best places for these types of interactions? Great urban parks. She covers the role parks have played in enabling democracy, traces the impact of Frederick Law Olmsted’s pioneering urban parks, explores a few contemporary parks that fit the “great urban park” name, and outlines the rise of landscape urbanism, a theory that may be encouraging designers to better serve the public realm. Goldhagen believes that American society “has become more an archipelago than a nation, increasingly balkanized into ethnic, class, faith, and interest groups whose members rarely interact meaningfully with people whose affiliations they do not in large measure share.” In Boston, Chicago, New York City, St. Read the article Like this: Like Loading...

100,000 Trees For Humanity The Earth’s forests are under assault on a tremendous scale with approximately 30,000 square miles disappearing each year. It is estimated that all the Earth’s rain forests could be gone within 100 years at the current rate of deforestation resulting in habitat loss for millions of species. Unmanaged deforestation: - Threatens the survival of millions of animal and plant species - Destroys rare species that may contain answers for cures to serious diseases - Threatens climate stability - Contributes to global warming and green house gas emission. - Leads to desert lands that emerge from cleared forests - Leads to soil erosion, landslides and flooding threatening communities and the lives of people near deforested regions - Threatens humanity in countless ways including food supply, water supply, and disease. The solution is a systematic effort of RE-Forestation. That means replacing what is being taken away. ♻ Retweet this green story

What not to pour down the drain Whatever goes down the drain directly affects aquatic life, water quality, and the liveability of your neighbourhood. Help protect our waterways by properly disposing of household items. Food scraps: compost them When food enters the ocean it requires oxygen to decompose. The more food in the ocean, the less oxygen there is available for fish and other organisms. Instead of using your in-sink garburator, recycle your kitchen scraps with your yard waste for pickup by the City, or purchase your own composter. Cooking grease: put it in the garbage Grease quickly turns solid within sewer pipes, and can cause blockages that lead to backups and sewer overflows. Pour hot cooking grease into a tin can or drink carton to cool and solidify before disposing the grease into the garbage. Medication: return it to the drug store In many places around the world, trace levels of pharmaceuticals can be found in the water supply.

Sherwood Institute:  Beijing’s Green Lungs and Chris Jordan - Midway On Midway Atoll, a remote cluster of islands more than 2000 miles from the nearest continent, the detritus of our mass consumption surfaces in an astonishing place: inside the stomachs of thousands of dead baby albatrosses. The nesting chicks are fed lethal quantities of plastic by their parents, who mistake the floating trash for food as they forage over the vast polluted Pacific Ocean. For me, kneeling over their carcasses is like looking into a macabre mirror. These birds reflect back an appallingly emblematic result of the collective trance of our consumerism and runaway industrial growth. Like the albatross, we first-world humans find ourselves lacking the ability to discern anymore what is nourishing from what is toxic to our lives and our spirits. ~cj, Seattle, February 2011 For updates on Chris Jordan”s upcoming film MIDWAY, visit www.midwayjourney.com. Midway film trailer Donate to the Midway Project.