Where have the Rothschilds disappeared to? 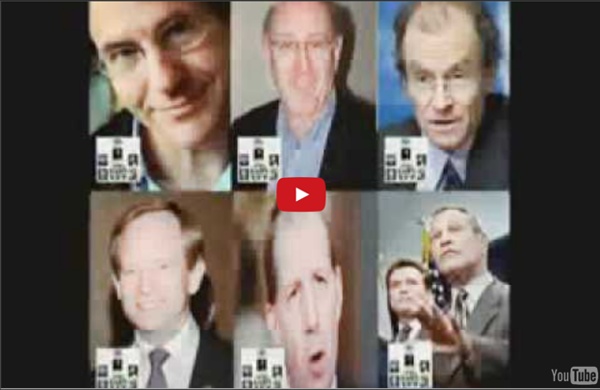 Kevin Barrett: 9/11 Probe Closing in on Israel Why is Israel committing suicide? (Kevin Barrett) Netanyahu’s genocidal onslaught in Gaza has done more to delegitimize the Zionist entity than the work of all the world’s anti-Zionists put together. Yet the Israeli military cannot stop the Palestinian resistance; from an Israeli standpoint, the hecatomb in Gaza serves no military or strategic purpose. Is Israel insane? That is a rhetorical question. At least since the first Intifada – and arguably since 1948 – Israel has had a de facto official policy of butchering Palestinian children. But until now they were sane enough to hide it. Today they are bragging about it. On Sunday, the Israelis intentionally bombed a United Nations school full of refugees, many of them children, killing more than ten and wounding dozens. The strategic insanity of such actions beggars belief. If Gates is right, the Zionists must be taking desperate measures because they are in a desperate situation. The week’s third 9/11 truth triumph was in the US Congress.

The Best Social Change Documentaries of 2013 2013 was another incredible year for fantastic, forward thinking social change films. More films pushing the envelope of creative thinking. More films giving a voice to the cutting edge ideas and perspectives of the global movement for a better world. More films telling the big meta story of our lives - the story of humanity at this point in the Earth's history. In the films you can watch below, you'll see visions of many possible futures - visions of what could be, the possible, the beautiful, and also visions of dystopia, of climate collapse and social breakdown. You'll see stories of the resistance to empire, to the front lines of battleground communities where people are uniting to fight against the old story of empire. But illusions to this mass insanity are shattering. That's what we love about documentaries right now. Enjoy! Join acclaimed director Velcrow Ripper on a journey deep inside the global revolution of the heart that is erupting around the planet. 85 min 65 min 86 min 360 min

9/11:Israel did it - WikiSpooks When an event occurs that that fundamentally changes the dynamics of global geopolitics, there is one question above all others whose answer will most assuredly point to its perpetrators. That question is "Cui bono?". If those so indicted are in addition found to have had both motive and means then, as they say in the US, it's pretty much a slam-dunk. And so it is with the events of 9/11. Discounting the 'Official narrative' as the absurdity it so clearly is, there are just two organisations on the entire planet with the expertise, assets, access and political protection necessary to have both executed 9/11 and effected its cover-up to date (ie the means). This article marshals evidence for the proposition that "Israel did it". Acknowledgments The basic structure of this article, together with much of its content is taken from a May 2009 post on the Information Underground forum headed "Israel did 9/11 - All the proof in the world". [2] Control of World Trade Center Complex Larry Silverstein

Campsfield Immigration Removal Centre - Behind The Barbed Wire This independent documentary aims to tackle the lack of public engagement with the reality of immigration detention and to illuminate some of the human stories that exist in and around the Campsfield House in Oxfordshire. We have been speaking to people about their personal experiences of detention in the hope that this will challenge some of the common misconceptions about migrants that permeate our society. We hear the voices of some of the lives that exist behind the statistics that characterise politicians’ reports and the mainstream media. At the same time, the film hopes to give an impression of the many ways people have responded to the existence of immigration detention centres in this country, and to think about some of the ways in which we can react. 'Campsfield House: An Immigration Removal Centre' is an independent documentary film released in June 2014.

The Super-Rich and Us (2015) BBC documentary in which Jacques Peretti investigates how the super-rich are transforming Britain. Britain has more billionaires per head than any other country on earth, yet we're also the most unequal nation in Europe. We were told the super-rich would make us richer too, so why hasn't that happened, and what does the arrival of their astronomical wealth really mean for the rest of us? In part one of this two-part series, Jacques Peretti looks at how the super-rich first exploited an obscure legal loophole to make Britain one of the most attractive tax havens on earth. He argues this was no accident. Jacques meets the super-rich themselves - from those buying premiership football clubs to the billionaires who are breaking ranks to criticise the decisions that made them richer and society more unequal. Jacques meets the billionaires who have gained, and those that are fearful for the society being created, and the people whose decisions are changing the very way we live.

I Traveled to Palestine-Israel and Discovered There Is No 'Palestinian-Israeli Conflict' | Ferrari Sheppard The mind has a way of making traumatic experiences seem like distant dreams to those who survive them. As it goes, the more traumatic the experience, the quicker the paramedics in one's mind rush to dress wounds, resuscitate and stabilize the victim; the victim being you. Since returning from Palestine 36 hours ago, I find myself confronted with feelings of detachment and minimization of what I encountered. This was my first trip to Palestine-most westerners call it Israel, but I'll address that topic shortly. The history of Palestinians was something I was familiar with as well, only because in high school, my friend's parents were Moroccan Jews with staunch right-wing Zionist views. Blurt Before I go further, I must put to rest a misnomer. Where was I? I began researching the history of Palestinians in my senior year of college and discovered that my high school buddy's parents weren't only functionally insane, but they were completely incorrect in their claims. Getting in and out

Miss Representation (2011) | Watch the Full Documentary Online Miss Representation explores how the media’s misrepresentations of women have led to the underrepresentation of women in positions of power and influence. MissRepresentation.org is a call-to-action campaign that seeks to empower women and girls to challenge limiting labels in order to realize their potential, and to encourage men and boys to stand up to sexism. Join the movement. Start taking action today. The Issue by the Numbers. Click for large view. Women hold only 3% of clout positions in the mainstream media (telecommunications, entertainment, publishing and advertising). Sources for Miss Representation documentary stats

Persecution in the Royal Bedchamber: How the Rothschilds have taken over the world - profgeorgeleesrevelations True Crime Solving HistorySeries Text from the movie above Transcript from the Interview on the 5th of November 2011Lord Chancellor Greg Hallett, Jörn Jörn:Hello, my name is Jörn, and this is the first part of Chapter 2 of our interview together with author, historian and active history maker Greg Hallett from New Zealand. Lord Hallett, can you please tell us about the British Monarchy in general. Lord Chancellor Greg Hallett:Perhaps we should start with Queen Victoria being named ‘The Grandmother of Europe’ and her son King Edward VII being named ‘The Father of Europe’. So we have Prince consort Albert being illegitimate, and being bigamously married to Queen Victoria, and then Prince Albert wore what was called a ‘Prince Albert’, which was a chain pierced through his penis, drawn up with a chain wrapped around his waist, so his penis was always vertical, but he couldn’t conceive a child. So this theme of illegitimacy in the Royal Family carries on. Who were Queen Elizabeth II’s parents?

The World According to Monsanto (2008) | Watch the Full Documentary Online A documentary that Americans won't ever see. The gigantic biotech corporation Monsanto is threatening to destroy the agricultural biodiversity which has served mankind for thousands of years. There’s nothing they are leaving untouched: the mustard, the okra, the bringe oil, the rice, the cauliflower. Once they have established the norm: that seed can be owned as their property, royalties can be collected. Thanks to these intimate links between Monsanto and government agencies, the US adopted GE foods and crops without proper testing, without consumer labeling and in spite of serious questions hanging over their safety. Watch the full documentary now

Reel Bad Arabs: How Hollywood Vilifies a People (2007) | Watch the Full Documentary Online This groundbreaking documentary dissects a slanderous aspect of cinematic history that has run virtually unchallenged from the earliest days of silent film to today's biggest Hollywood blockbusters. Featuring acclaimed author Dr. Jack Shaheen, the film explores a long line of degrading images of Arabs--from Bedouin bandits and submissive maidens to sinister sheikhs and gun-wielding "terrorists"--along the way offering devastating insights into the origin of these stereotypic images, their development at key points in US history, and why they matter so much today. Shaheen shows how the persistence of these images over time has served to naturalize prejudicial attitudes toward Arabs and Arab culture, in the process reinforcing a narrow view of individual Arabs and the effects of specific US domestic and international policies on their lives.

My Outline for a Solution in Gaza - Op-Eds - Arutz Sheva Ultimatum – One warning from the Prime Minister of Israel to the enemy population, in which he announces that Israel is about to attack military targets in their area and urges those who are not involved and do not wish to be harmed to leave immediately. Sinai is not far from Gaza and they can leave. This will be the limit of Israel’s humanitarian efforts. Hamas may unconditionally surrender and prevent the attack. Attack – Attack the entire ‘target bank’ throughout Gaza with the IDF’s maximum force (and not a tiny fraction of it) with all the conventional means at its disposal. Siege – Parallel to the above, a total siege on Gaza. Defense – Any place from which Israel or Israel’s forces were attacked will be immediately attacked with full force and no consideration for ‘human shields’ or ‘environmental damage’. Elimination- The GSS and IDF will thoroughly eliminate all armed enemies from Gaza. Sovereignty – Gaza is part of our Land and we will remain there forever.

No Logo: Brands. Globalization. Resistance. (2003) | Watch the Full Documentary Online In the age of the brand, logos are everywhere. But why do some of the world’s best-known brands find themselves on the wrong end of the spray paint can — the targets of anti-corporate campaigns by activists and protesters? No Logo, based on the best-selling book by Canadian journalist and activist Naomi Klein, reveals the reasons behind the backlash against the increasing economic and cultural reach of multinational companies. Analyzing how brands like Nike,The Gap, and Tommy Hilfiger became revered symbols worldwide, Klein argues that globalization is a process whereby corporations discovered that profits lay not in making products (outsourced to low-wage workers in developing countries), but in creating branded identities people adopt in their lifestyles.