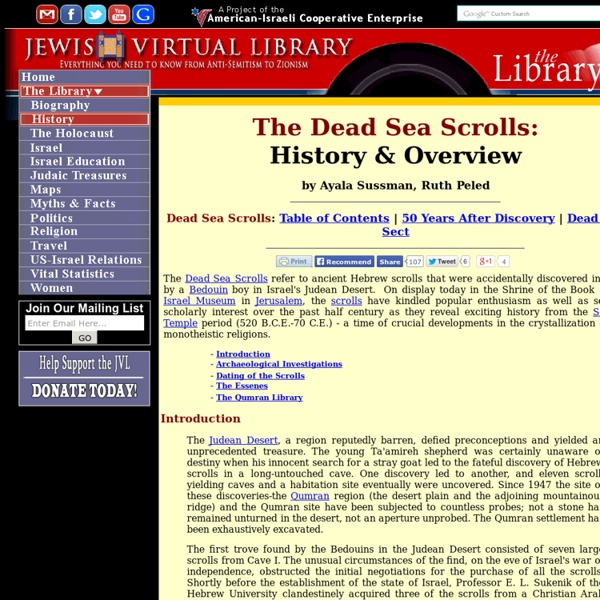 - Jerusalem Dome of the Rock, Jerusalem, Israel (Enlarge) Jerusalem, by virtue of the number and diversity of people who have held it sacred, may be considered the most holy city in the world. To the Jewish people it is Ir Ha-Kodesh (the Holy City), the Biblical Zion, the City of David, the site of Solomon's Temple, and the eternal capital of the Israelite nation. To Christians it is where the young Jesus impressed the sages at the Jewish Temple, where he spent the last days of his ministry, and where the Last Supper, the Crucifixion and the Resurrection took place. Also greatly venerated by the Muslims, it is where the prophet Muhammad ascended to heaven. The earliest traces of human settlement in the Jerusalem area are from the late Chalcolithic and Early Bronze Age (3000 BC). Mt. The First Temple of the Jews was built during the reign of David's son, Solomon. "Art historians have kept up an unceasing flow of studies of the Dome of the Rock. Dome of the Rock interior, City of Jerusalem, Israel

Dead Sea Scrolls and undying controversy (Israeli Antiquities Authority…) In June 1954, a small advertisement ran in the Wall Street Journal: "Biblical manuscripts dating back to at least 200 BC are for sale." The commercial offering was the start of a long and controversial path for the Dead Sea Scrolls, a cache of fragmentary writings in Hebrew and Aramaic (with a few in Greek) that were found in caves near the Dead Sea between 1947 and 1956. The ancient documents include early copies of almost every book of the Hebrew Bible and have been called, justifiably, the greatest archaeological discovery of the 20th century. But that is one of the few things scholars have agreed on. The first controversy followed fast on the scrolls' discovery in the late 1940s, in what is now known as the West Bank. The manuscripts offered in the Wall Street Journal had been brought to the United States by a Syrian archbishop, who didn't want the scrolls to end up in Israeli hands.

Digital Dead Sea Scrolls Dead Sea Scrolls Foundation Website Why is Jerusalem important to Jews Christians and Muslims Universal Answers It is so important because it is where their faiths started and it contain holy lands. God also chose Jerusalem as His own. Three religions in the world have chosen Jerusalem to be there holy land these are Muslims, Jews and Christians. Jerusalem is very significant to all God's People and is considered Holy Land by the 3 major religions in the world, the Judaism, Islam and Christianity. Jewish Answers Jerusalem has been the Jewish Capital since BCE 1500 when David Captured it from the Jebusites. The Jews when they pray, wherever they are on the surface of the earth face towards Jerusalem. Jerusalem was named Jerusalem by King David when he made it the capital. Jerusalem is the eternal Jewish city, and a symbol of a future time of peace. Jerusalem figures prominently in Jewish prayers, and feels the heart with hope and the soul with longing. Exclusivist Jewish Answers The Palestinians have no claim of it as their capital prior to 1967 with the formation of the P.L.O.

Dead Sea Scrolls The Dead Sea Scrolls are a collection of 981 texts discovered between 1946 and 1956 at Khirbet Qumran in the West Bank. They were found inside caves about a mile inland from the northwest shore of the Dead Sea, from which they derive their name.[1] Nine of the scrolls were rediscovered at the Israel Antiquities Authority (IAA) in 2014, after they had been stored unopened for six decades following their excavation in 1952.[2][3] The texts are of great historical, religious, and linguistic significance because they include the earliest known surviving manuscripts of works later included in the Hebrew Bible canon, along with deuterocanonical and extra-biblical manuscripts which preserve evidence of the diversity of religious thought in late Second Temple Judaism. Due to the poor condition of some of the Scrolls, not all of them have been identified. Discovery[edit] Qumran cave 4, where ninety percent of the scrolls were found Initial discovery (1946–1947)[edit] Scrolls and fragments[edit]

Science/Nature | Wormhole 'no use' for time travel For budding time travellers, the future (or should that be the past?) is starting to look bleak. Hypothetical tunnels called wormholes once looked like the best bet for constructing a real time machine. These cosmic shortcuts, which link one point in the Universe to another, are favoured by science fiction writers as a means both of explaining time travel and of circumventing the limitations imposed by the speed of light. The concept of wormholes will be familiar to anyone who has watched the TV programmes Farscape, Stargate SG1 and Star Trek: Deep Space Nine. The opening sequence of the BBC's new Doctor Who series shows the Tardis hurtling through a "vortex" that suspiciously resembles a wormhole - although the Doctor's preferred method of travel is not explained in detail. But the idea of building these so-called traversable wormholes is looking increasingly shaky, according to two new scientific analyses. Remote connection Law breaker "We aren't saying you can't build a wormhole.