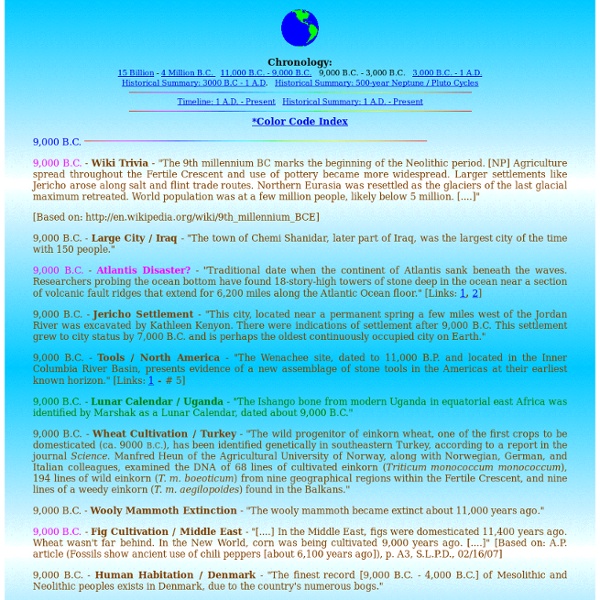 Enoch & the Nephilim - Part III Enoch & the Nephilim Part III The Evidence Mounts "More and more we are finding that mythology in general though greatly contorted very often has some historic base. And the interesting thing is that one myth which occurs over and over again in many parts of the world is that somewhere a long time ago supernatural beings had sexual intercourse with natural women and produced a special breed of people." -Francis A. Evidence for the existence of the Nephilim goes beyond the biblical record. "I have begotten a strange son," said Lamech, "...his nature is different and he is not like us, and his eyes are as the rays of the sun, and his countenance is glorious. Lamech did what most husbands would have done: he reproached his wife for infidelity. How enlightening for our study! Here is the statement made by Bat-Enosh as it reads in the Lamech Scroll: "My lord and kinsman, remember my delicate feelings. The Genesis Apocryphon is not the only extrabiblical documentation. An amazing book!

Tiahuanaco: Gatway to the Gods by Dan Eden for viewzone Ask most people who are the oldest civilization or where the oldest civilization lived and you'll here answers like Mesopotamia (Iraq), Egypt or Iran. While these cultures can be traced back to 4000 B.C., the mysterious ruins of Tiahuanaco, in Bolivia, could be 14,000 years old! If you think the Great Pyramid in Egypt is a technological marvel, wait until you see what artists and engineers were doing in Tiahuanaco. The most famous icon of the archaeological site at Tiahuanaco is the Sun Gate. This calendar sculpture, though it undoubtedly depicts a "solar year," cannot however be made to fit into the solar year as we divide it at present. Some researchers have attempted to explain this as being a ritualistic calendar while others have claimed that, 14,000 years ago, the length of a year was somehow different from today. [Left:] Entrance to the temple, showing the characteristic stone construction of the site. [Center] Carved stone block at Puma Punku. Comments:

A Timeline of World Civilizations for Mythology Mythology seeks to explain the world and thus reflects the culture, events, and history of the societies that create the stories handed down as myths. Egypt’s Nile River and its cycle of overflowing its banks leaving fertile ground as it receded became the basis for Egyptian religion that demanded that the people help the gods prevent anything from interfering with the cycle. Myths form around the founding of cities, including Athens and Rome — about 10,000 to 2,500 years ago, respectively — and the founding of civilizations, including the creation myths passed down in virtually every culture. Chinese and Native American myths account for astrological occurrences as well as for more earth-bound events such as the Toltec invasion of the Mexican city of Teotihuacan in 900 CE. The myth of Quetzalcoatl, the feathered serpent, grew from this victory. Famous poems, such as Beowulf and the Saga of the Volsungs are combinations of history and legend.

Digital Dead Sea Scrolls our forgotten brothers Mediteraneo เมดิเตอร์เรเนียน 地中海 先民, Grekujo 希腊 กรีซ, Hispanujo สเปน 西班牙, Italujo arbaro 意大利 刚果的森林 คองโก ป่า อิตาลี Xitālī, Sardinio 撒丁岛 ซาร์ดิเนีย Sār̒dineīy, Lazio: ลาซิโอ, lā si xo, Romo โรม 罗马, Tibero rivero แม่น้ำ อิตาลี Mæ̀n̂ả Xitālī Camunni. The history of Valle Camonica (near city of Brescia) begins with the end of last ice age, 15,000 years ago when the glacier, melting, creates the valley. The inhabitants, who had begun to visit the valley settled from the Neolithic. They were called by Romans the Camunni, famous for stone carvings: in Val Camonica they left about 300,000 petroglyphs, which made the area one of the largest centers of rock art in Europe. Otzi. Shamanism is tied to groups that show a tight relationship with nature, up to the point in which any menace towards it impoverishes our possible comprehension of its concrete manifestations. Phoenissa, the Bloody One, was the mother of the Phoenicians. Pan.

The Israeli Source of the Pathan Tribes Skip to comments. The Israeli Source of the Pathan Tribes The Scribe ^ | Autumn, 2001 | Issachar Katzir Posted on Sun 14 Oct 2001 05:31:14 PM CEST by Pharmboy From the book, Lost Tribes from Assyria, by A Avihail and A Brin, 1978, in Hebrew by Issachar Katzir As children, we heard from our parents, who come from Afghanistan, stories about the Ten Tribes who were lost during the destruction of the Temple, about meetings with the country people with whom they had contact in trade matters, about Jewish customs and names – and it all sounded inconceivable and fascinating. From Mr Yisrael Mishal, who lived in Afulah and was formerly President of the Afghanistan Jewish community, I often heard unusually fascinating quotations and stories uttered repeatedly and Mr Mishal gave live examples of his meetings with Pathans who dwell on the Afghanistan-Pakistan border. Who are the Pathans? From their ancient customs, one can point to a connection between the Pathans and the Jewish people. Jewish Customs