The Genius in All of Us 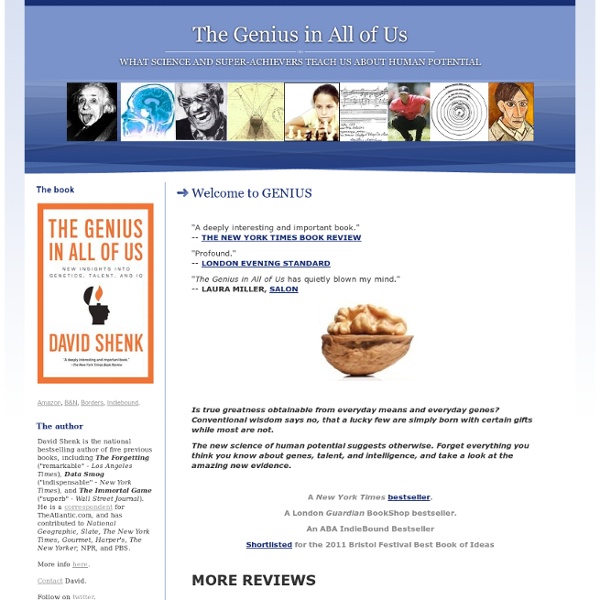 Captain Paul Watson Stars In TEDxSF Posted by Tom Foremski - April 28, 2010 TEDxSF, one of the local TED conference communities, held an event Tuesday evening at the California Academy of Sciences, in the planetarium auditorium. About 350 people watched live presentations and many more were in a lounge watching the live stream of the event on monitors. The theme was courage and resilience. First up was Dr John Gray, the relationship expert known for his best seller "Men are from Mars and Women are from Venus." He said that women in the workplace experience twice as much stress as men and they need the hormone oxytocin to deal with the stress, and that comes from doing nurturing tasks. Men perform work tasks that generate testosterone, which is used to deal with their stress. Because women are suffering from stress at much higher levels in the workplace, and they are unable to deal with the stress well, they will start dying earlier than men, he predicted. Ultimate Fighter Champion Nate Quarry was up next. Loop! Please see:

About this site - Notes from a Linguistic Mystic This site exists both as a place for me to post the things that intrigue me and make me think, but also as a place for you to find and learn about things that might intrigue you. I’ll do my best to write in such a way that you don’t need a background in Linguistics to understand my posts, and always feel free to comment if you don’t understand something. I’ll post a clarification as soon as I can. Although I’m a Linguist by trade and by passion, some what I’m discussing on this site might fall outside of mainstream linguistics. About the Author More information than you likely wanted to know can be found at my personal homepage. If you’d like to get in touch with me to discuss my posts and ideas, voice a concern, make a correction, or just get to know me, feel free to email me at parangaricutirimicuaro (at) linguisticmystic dot com (It’s the name of a volcano in Mexico, used here so that spambots will have a whole lot of fun trying to guess my address at random). Advertising Policy

science magazine Responding to Risk with Resourcefulness « Miss America Talks Social Media & More | Main | LOOP!STATION: Enchanting Mix of Dreamy Vocals & Cello » April 28, 2010 Responding to Risk with Resourcefulness President of CBR Global Advisors Celina Realuyo who is also an assistant professor on counter terrorism, talks to the TEDXSF audience at the California Academy of Sciences yesterday afternoon. Her orientation comes from serving as a former U.S. diplomat, a foreign policy maker under the Bush and Clinton Administration, and a professor of counterterrorism and national security. April 28, 2010 in America The Free, Events, On Politics, Videos | Permalink TrackBack TrackBack URL for this entry: Listed below are links to weblogs that reference Responding to Risk with Resourcefulness: Comments Post a comment

The WWW Virtual Library Julieanne Wurm More About Me I'm passionate about Designing inspiring learning experiences. Sometimes writing. An idea worth spreading How ideas spread Talk to me about Your dreams, something funny, how ideas spread People don't know that I'm good at Remaining calm in crisis; creating opportunities for others and connecting people. My TED Story I founded TEDxEast in collaboration with a wonderful committee and community. Comments

Sea Shepherd Sir Ken Robinson Opening Keynote #ASTD2013 @sirkenrobinson These are my live blogged notes from the opening session at the ASTD International Conference & Expo (ICE) -- happening this week in Dallas, TX. 10,000 or so training and development people here to extend their practice. We all have deep talents, but it’s often the case that we don’t discover them. Human talent are like the world’s natural resources – they are often buried beneath the surface. And if you don’t go looking for them you’ll never find them. You need circumstances for talent to demonstrate themselves… Whether you actually discover your talents is another matter. Why don’t we discover what we’re good at? What really makes you a success is PASSION. When it’s just a job, you’re disengaged. People who love what they do…”this isn’t what I do, it’s who I am.” Out of Our Minds: Learning to be Creative (Sir Ken book, published ten years ago.) When a really original idea turns up, it excites everyone’s imagination. Today we have a crisis in human resources.

TEDxSF - Little TED Just Like The Big TED Posted by Tom Foremski - November 18, 2009 I popped into the TEDxSF conference yesterday at the Academy of Sciences in Golden Gate Park and really enjoyed the presentations. I've never been to the big TED conference but I've seen many videos and this was just like it. Conference is probably not the right word to describe TEDxSF it is more like attending a series of theatrical performances. And each TED presentation seems to exist within a TED template: - Pretty much everyone has a slide-show presentation to aid their 20 minute performance. - There is always an emotional moment or hook. - A TED presentation will always seek to inspire - It will encourage the audience to think beyond their boundaries. -It will make copious use of in vogue terms such as: powerful, community, culture, creativity, innovation, engage, passion, transcend, think big, connect, connections, educate, universe... - Each presentation has to have a funny glitch with the slides - High ideals and big ideas are essential

Say what you type in French : Say what you type in Spanish the best way to start with French and Spanish! Choose the language you want to listen your text, type your text in your selected language then click on "say it". You can change the character or the voice if you want. Use this keyboard for foreign accents: Nathan Quarry Nathan Parker Quarry (born March 19, 1972) is a retired American mixed martial arts fighter who is most notable for his appearance in The Ultimate Fighter, a reality show from the Ultimate Fighting Championship, as well as co-hosting the show MMA Uncensored Live. Early life[edit] Nate Quarry grew up as a member of the Jehovah's Witnesses, which he later characterized as a cult that controls its members 24 hours a day. Quarry grew up in a sheltered lifestyle and did not even participate in organized sports until age 24, when he first became exposed to mixed martial arts. After a period of self-discovery, Quarry rejected his Jehovah's Witness upbringing, which caused him to become alienated from his family and former friends. He began to associate with others outside of the church and along the way began to train in mixed martial arts fighting.[1] Eventually, Quarry made his way to Team Quest, out of Gresham, Oregon, where he continued to train until mid-2007.[2] Personal life[edit]