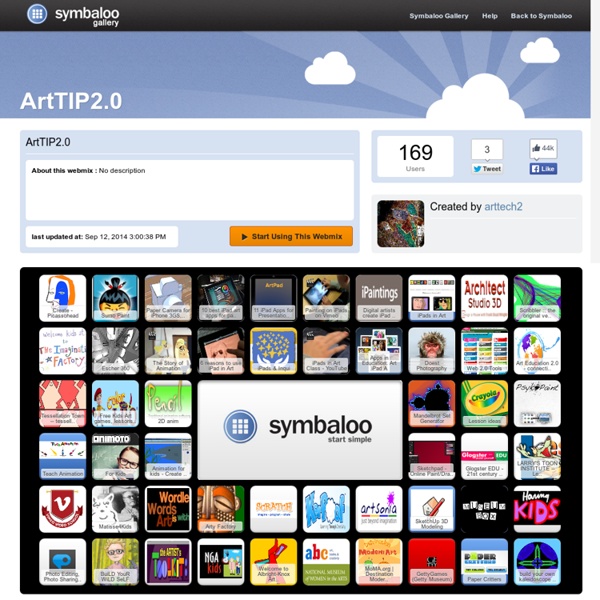 iPads can’t improve learning without good teaching Pt 1 Clearly there is a lot of buzz around iPads in schools at the moment. You can’t log on to the Web without reading about another school or entire district or department investing massive coin in a sparkling set of the Wonder Tablets, excited that they will cure all the ills of the current education systems around the world. From reading my blog, you would be no doubt convinced that I am very much in this Pro-iPad camp. Make no mistake I am. However, no matter how versatile and potentially powerful a product the iPad is, it is merely an extremely expensive placemat without creative, well planned teaching behind its use. Its about Teaching and Learning, not iPads The kind of shift in learning the iPad (and other tablets) can initiate is dependent on good teaching practice and preparation. So let’s look at how we have gone about teaching up until now and examine how the iPad can fit in to our current programs. NEXT POST – Writing

Geo Photo Explorer Six reasons iPad is an artist's productivity tool There's a lot of folks who say the iPad isn't proper competition for netbooks because it isn't a 'productivity tool'. They're all wrong. Take the visual arts, for example, and you'll find a growing army of examples of artists using the Apple device to create stunning pieces of art, here's six stories to illustrate this. Clearly this illustrates why netbook sales have cramped up and why Apple's iPad is such a success, because it unlocks imagination for users, developers, old and new media. [This story is from the new Apple Holic blog at Computerworld. Subscribe via RSS to make sure you don't miss a beat. David HockneyOne of the UK's leading artists, David Hockney is revered. "It can be anything you want it to be. Hockney last year made a splash when he revealed his work using the iPhone (and the Brushes app), as detailed in this video here. 'Magical' iPad's Manga magicManga artist Yoshitoshi ABe is enormpusly talented. He didn't stop there. More to explore.This isn't just hyperbole.

iPads In Art Class For Kindergarteners PORTLAND, Maine -- Kindergarten classes are supplementing crayons, finger paints and flashcards with iPads, a development that excites supporters but that detractors worry is wasted on pupils too young to appreciate the expense. Next fall, nearly 300 kindergartners in the central Maine city of Auburn will become the latest batch of youngsters around the country to get iPad2 touchpad tablets to learn the basics about ABCs, 1-2-3s, drawing and even music. "It's definitely an adventure, and it'll be a journey of learning for teachers and students," said Auburn kindergarten teacher Amy Heimerl, who received an iPad on Tuesday ahead of the full deployment in the fall. "I'm looking forward to seeing where this can take us and our students." But the $200,000 that Superintendent Tom Morrill is proposing to spend on iPads – which retail for around $500 – might be better spent on some other school program, said Sue Millard of Auburn, who has children in the fourth grade and high school.

HistoryTools How to Find iPad Apps - iPad Basics With over 300,000 apps designed for the iPad and many more compatible iPhone apps, you can imagine that finding a good app can sometimes be like finding a needle in a haystack. Luckily, there are several ways to help you find the best apps. One great way to find quality apps is to use Google rather than searching the App Store directly. For example,if you want to find the best puzzle games, doing a search on Google for "best ipad puzzle games" will yield better results than going through page after page of apps in the App Store. But Google won't always yield the best results, so here are a few other tips for finding great apps: Featured Apps. Next: Learn how to install iPad apps.

Creative ICT iBooks* Six Scaffolding Strategies to Use with Your Students What’s the opposite of scaffolding a lesson? Saying to students, “Read this nine-page science article, write a detailed essay on the topic it explores, and turn it in by Wednesday.” Yikes! Let’s start by agreeing that scaffolding a lesson and differentiating instruction are two different things. Simply put, scaffolding is what you do first with kids. Scaffolding and differentiation do have something in common, though. So let’s get to some scaffolding strategies you may or may not have tried yet. 1. How many of us say that we learn best by seeing something rather than hearing about it? Try a fishbowl activity, where a small group in the center is circled by the rest of the class; the group in the middle, or fishbowl, engages in an activity, modeling how it’s done for the larger group. 2. Ask students to share their own experiences, hunches, and ideas about the content or concept of study and have them relate and connect it to their own lives. 3. 4. 5. 6.