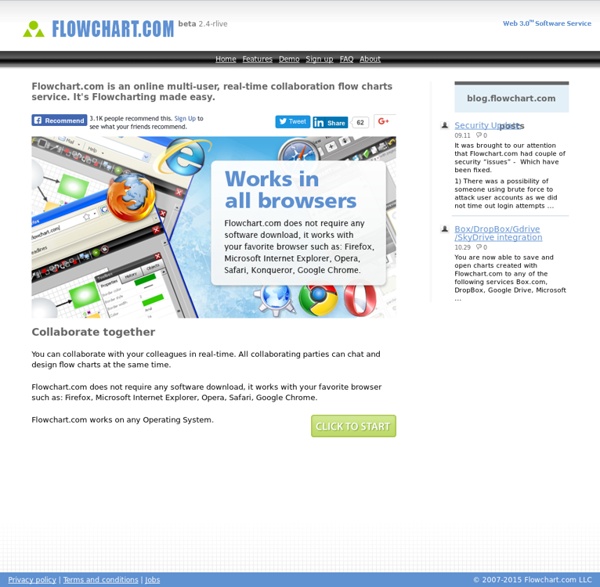 How Small Businesses Are Using Social Media for Real Results The Real Results series is supported by Gist, an online service that helps you build stronger relationships. By connecting your inbox to the web, you get business-critical information about key people and companies. See how it works here. Social media can be a scary prospect for small businesses; unlike traditional marketing methods, it puts part of the message in the hands of the customers. But while it's easy to be concerned that the message will go the wrong way, the benefits can outweigh the risks if you use the available services wisely. invention is not innovation « Evolving Economic Entities « Innov Here’s an invention of John Muir’s: The image is via the Sierra Club’s blog – and they describe it as a study desk that “would automatically light his lamp and fire, open the right book to study, and then change books after half an hour.” As an object, it’s ingeniusly clever.

Newsbeat - Facebook removing stalker applications By Iain Mackenzie Newsbeat technology reporter 16 March 2010 Last updated at 10:08 Share Facebook says it is "aggressively disabling" applications that claim to allow users to see who is viewing their profile. It has also confirmed that the programmes do not work and won't allow access to private information. Live from SXSW: Viral video how-tos from the pros The most fun — and still useful — panel I’ve attended at SXSW Interactive so far was Saturday’s How to Create a Viral Video. It doesn’t get much better than the three viral experts that Flux creative director Jonathan Wells brought together: Damian Kulash, frontman of rock band OK GoMargaret Gould Stewart, head of user experience at YouTubeJason Wishnow, director of film and video, TED The tone for the session was set when Damian Kulash teed up “the definition of viral video”: Boobies and Kitties, which presents the view with 30 seconds of plunging necklines, 30 seconds of saccharine-sweet kittens and 30 seconds of kittens stuffed into bodacious cleavage. With such quality artistic contributions to our cultural good, who needs Quentin Tarantino?

6 Free Web Tools for Managing Time Differences The International Business Series is brought to you by UPS. Discover the new logistics. It levels playing fields and lets you act locally or globally. It's for the individual entrepreneur, the small business, or the large company. INNOVATION - DEFINITION and MODERN APPROACHES (By: Vadim Kotelnikov) Innovation Defined Being innovative is being different in a profitable way... More Innovation: A Paradigm Shift

BarCamp Participants in the first BarCamp simultaneously comment, listen, and follow along on their screens. BarCamp is an international network of user-generated conferences primarily focused around technology and the web. They are open, participatory workshop-events, the content of which is provided by participants. The first BarCamps focused on early-stage web applications, and were related to open source technologies, social software, and open data formats. The format has also been used for a variety of other topics, including public transit, health care, education, and political organizing. The BarCamp format has also been adapted for specific industries like banking, education, real estate and social media.

7 Steps to Self-Belief The crowd waits. Surely he's going to die. How can he survive a dive from such a massive height into a tiny pool of water? But he can fly!