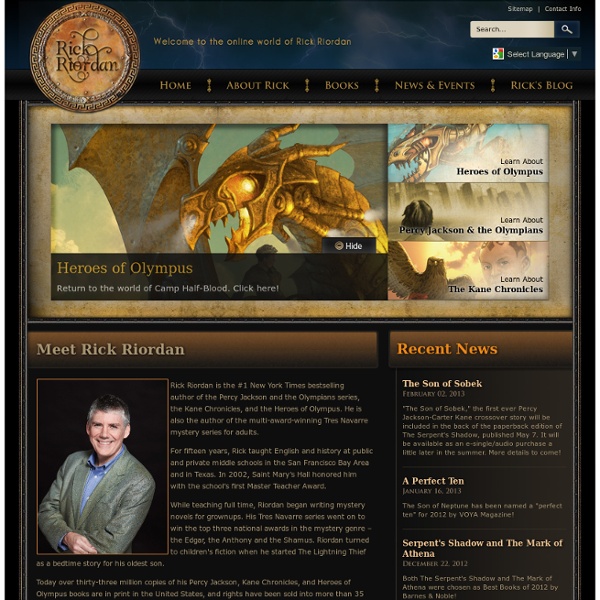 The Secret Rebellion of Amelia Bedelia, the Bartleby of Domestic Work Many classic children’s books beg for philosophical readings: the likes of “Charlotte’s Web” or “Are You My Mother?” are well known as complex and subterranean ruminations on death and identity and community. Had you asked me a couple of years ago, I would not have classified Peggy Parish’s Amelia Bedelia series with this loftier group—my children delighted in the wordplay, but I found the books a bit one-note. Yet the more I read Amelia Bedelia the more unsettled I felt; I began to suspect that I wasn’t hearing all the notes.

Children's Book Authors and Illustrators: Talking About Learning and Attention Issues Hear first-hand what it was like to struggle with reading from Dav Pilkey, Carmen Agra Deedy, Patricia Polacco, Avi, Jerry Pinkney, and E.B. Lewis. Learn how these talented writers and illustrators discovered their strengths and gifts. Gene Yang and Jack Gantos talk about the challenges and joys of being "slow" reader. Welcome to the (Theodor Seuss) Geisel Award home page! The Geisel Award is given annually to the author(s) and illustrator(s) of the most distinguished American book for beginning readers published in English in the United States during the preceding year. 2021 Medal Winner See the Cat: Three Stories About a Dog, written by David LaRochelle, illustrated by Mike Wohnoutka, and published by Candlewick Press See the Cat: Three Stories About a Dog is a deceptively simple book that teaches readers the power of words. The text is in direct contrast with the illustrations, defying both the reader’s and Max the Dog’s expectations.

Meet Yasmin by Saadia Faruqi and Hatem Aly Hello, Saadia Faruqi! Thank you so much for celebrating Meet Yasmin! with me today. How will you celebrate Yasmin’s book birthday tomorrow? Saadia: It’s strange to be celebrating a character’s birthday, but it somehow feels natural because Yasmin has become such a big part of my family! All Are Welcome by Alexandra Penfold New York Times bestseller! A warm, welcoming picture book that celebrates diversity and gives encouragement and support to all kids. Follow a group of children through a day in their school, where everyone is welcomed with open arms. Woman pens heartfelt letter to Pink as she thanks her for helping her daughter to overcome bullies A woman has penned an emotion letter to Pink in order to thank the singer for helping her daughter overcome bullying. Pernille Ripp, from Madison, Wisconsin, took to Twitter on Thursday, May 2, to reveal that she and her daughter, Thea, 10, were heading to a Pink concert. She explained in the tweet that the singer's songs had helped Thea overcome bullies last year. The teacher said she and her daughter would regularly blast Pink's motivational songs in order to 'drown out the bullies', and that they were excited to finally see the pop star live in concert. Touching: Pernille Ripp penned an open letter to Pink about how she helped her daughter, Thea (pictured) overcome bullying, after the pair met the singer at a recent concert Inspirational: Pernille, from Madison, Wisconsin, revealed that Thea was bullied last year, and that she and her daughter would listen to Pink's song 'F***ing Perfect' to help them through it

Serving Children with Disabilities in Libraries: A Beginner’s Guide Where should I begin? This can sometimes be the most challenging part about developing library services to children with disabilities. In fact, the most common question I receive is about where to start. While there isn’t a one-stop-shop when it comes to expanding your knowledge in this area, I’m pleased to say that there is a plethora of resources out there that can help you on your journey to becoming an advocate for children with disabilities. Basically, what that means is that the first step is to learn.