Reggie Watts disorients you in the most entertaining way 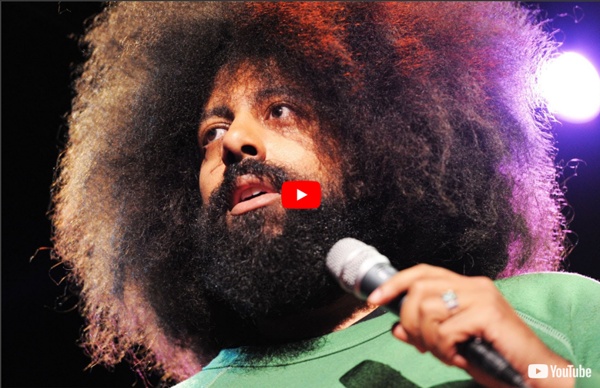 Al Green discography Albums[edit] Studio albums[edit] A Album credited to Al Green. Live album[edit] "Drop the Bass" Car Accident Funny Videos, Free Games, & Funny Pictures Sign up | Login "Drop the Bass" Car Accident [+] Boom! [–] Boom! Oakland, Berkeley & the Bay Area Rickey Vincent grew up around The Black Panther Party. His mother was a member in the late Sixties, and he remembers leaders Bobby Seale and Eldridge Cleaver coming by his family's Berkeley house when he was six, as well his mom taking him along to visit Huey Newton in jail. Vincent, who still lives in Berkeley, grew up to learn much about the Panthers and other militant African-American organizations, but music — funk in particular — became his primary passion.

27 Things To Remember If You're Having A Bad Day 1. Just remember that this is what it looks like when a corgi goes down a slide: 2. Remember that it’s never too late to find true love: 3. John Beasley, Darryl Jones, and Ndugu Chancler Form Funk Power Triumvirate 3 Brave Souls Scheduled for June 12th Release on BFM Jazz FOR IMMEDIATE RELEASE: Street Date: June 12th, 2012 Three generations of Miles Davis alumni having fun playing progressive roots music – keyboardist John Beasley, bassist Darryl Jones and master drummer Ndugu Chancler – join forces in a formidable new funk trio called 3 Brave Souls. Harnessing Beasley and Ndugu’s hometown earthy undertones of New Orleans and Jones’ Chicago street-funk 3 Brave Souls are knee-deep in the groove on their self-titled debut for BFM Jazz. From the revved-up, rootsy Meters romp “Wanna Get Away” and the downhome “Nothing Left to Say,” both featuring the remarkably soulful vocals of Sy Smith, to the hard-hitting Fela Kuti like instrumental “Yabis,” 3 Brave Souls make a potent statement on this debut outing. The aptly titled “Nail it Down” is a thick pocket groover with spoken words of wisdom by Ndugu. The mellow ballad “Come and Gone” is a showcase for Jones’ melodic penchant on the bass while Beasley conjures a hypnotic world music vibe on the exotic “Ayala.”

D'Angelo makes long-awaited return to TV at BET Awards - Celebrity Circuit LOS ANGELES, CA - JULY 01: Singer D'Angelo performs onstage during the 2012 BET Awards at The Shrine Auditorium on July 1, 2012 in Los Angeles, California. (Photo by Michael Buckner/Getty Images For BET) Michael Buckner (CBS News) D'Angelo made a long-awaited return to TV Sunday night at the BET Awards in Los Angeles. Epic Dinosaur Prank Funny Videos, Free Games, & Funny Pictures Sign up | Login Epic Dinosaur Prank [+] Ho Lee Fuk! Exclusive: A Glimpse Into The Extraordinary Life That Belongs To Melvin Van Peebles - Part 1 I recall the very first time I saw Melvin Van Peebles in person, at a Museum Of The Moving Image tribute event in early 2008 for the late St Clair Bourne, who'd recently passed (December 2007). It was a moment I wouldn't soon forget. In short, during the tribute, which had the likes of Armond White, George Alexander, and Esther Iverem as panelists, a number of attendees in the audience lamented the state of this thing we call "black cinema," mourning the loss of one of its leaders, and the void in leadership his absence left. Just about every head turned to either find out who this bold and abrasive voice belonged to (or already knew it was Melvin Van Peebles, but turned to acknowledge him anyway); the room fell silent as he continued, and remained that way for a few moments after he ended what probably felt like a scolding to some, almost as if shamed. And don't be fooled by his slight stature; his confidence is unrivaled. I did...

Pug Reacts to Engine Funny Videos, Free Games, & Funny Pictures Sign up | Login Pug Reacts to Engine March 10, 1979-The Night James Brown Played The Opry I mentioned before that March was one of the more active months in the history of the Grand Ole Opry, and one of the more unusual events took place on March 10, 1979 when James Brown, at the invitation of Porter Wagoner, performed on the Grand Ole Opry. Porter had met James several times over the years. It was during one of those visits that Porter told James, "You ought to come to the Grand Ole Opry." The response was, "I'd love to. You just invite me and I'll come."