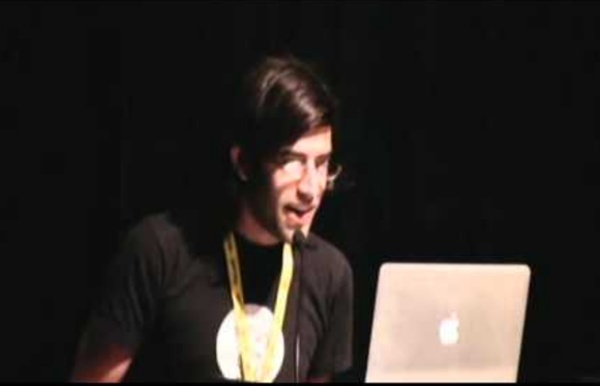 Full text of "Guerilla Open Access Manifesto" Guerilla Open Access Manifesto Information is power. But like all power, there are those who want to keep it for themselves. The world's entire scientific and cultural heritage, published over centuries in books and journals, is increasingly being digitized and locked up by a handful of private corporations. Want to read the papers featuring the most famous results of the sciences? You'll need to send enormous amounts to publishers like Reed Elsevier.

Quinn Norton Norton currently writes a regular column, Notes on a Strange World,[1] at Medium publishing. Norton has described a conceptual prank involving writing and executing a computer program that would output all possible melodies, theoretically providing the opportunity to claim copyright for all music.[7] Personal life[edit] Norton was married to Danny O'Brien.[8] Norton dated Aaron Swartz for three years.[9] Articles in The Atlantic and in The New Yorker indicate that she was pressured by prosecutors to offer information or testimony that could be used against Swartz, but that she denied having information that supported prosecutors' claims of criminal intentions on Swartz's part.

8,200+ Strong, Researchers Band Together To Force Science Journals To Open Access Evolutionary biologist Michael Eisen made this t-shirt design in support of the Elsevier boycott. Academic research is behind bars and an online boycott by 8,209 researchers (and counting) is seeking to set it free…well, more free than it has been. The boycott targets Elsevier, the publisher of popular journals like Cell and The Lancet, for its aggressive business practices, but opposition was electrified by Elsevier’s backing of a Congressional bill titled the Research Works Act (RWA). Memorial law proposed by Silicon Valley congresswoman A congresswoman from Silicon Valley is planning to introduce legislation to amend the law used to prosecute Aaron Swartz, the free information activist who killed himself on Friday. Representative Zoe Lofgren, a Democrat who represents California's 19th district, launched "Aaron's law", her draft bill to change the Computer Fraud and Abuse Act, on Reddit on Tuesday night. Swartz, a co-founder of Reddit, was charged with wire fraud, computer fraud and other crimes for allegedly accessing and downloading academic documents from the JSTOR online database through the network of the Massachusetts Institute of Technology. The prosecution against him has been criticised as over-zealous and disproportionate and his family have accused MIT and prosecutors of being complicit in his death.

Was Aaron Swartz Killed By An MIT Satanic Child Porn Ring? Let us start by dismissing the prosecution’s ludicrous charge that any programmer as talented as Aaron Swartz would dedicate his life to stealing an archive that dispenses its academic papers for a few dollars apiece to the public or for free to students under department accounts. MIT professors, who are so full of themselves, are the only ones who might take seriously such a fool’s errand as a worthy objective for the brilliant and rebellious Swartz or the law suit as the cause of his so-called “suicidal depression.” The mass media have been fed, and eagerly swallowed, the unpalatable lies hurled against a courageous young man whose guilt lies solely in his disgust at the online filth from “respectable” Internet paragons who have deviously corrupted the morals of his generation.

Net Neutrality 101 When we log onto the Internet, we take lots of things for granted. We assume that we'll be able to access whatever Web site we want, whenever we want to go there. We assume that we can use any feature we like -- watching online video, listening to podcasts, searching, e-mailing and instant messaging -- anytime we choose. How I Published My Scholarly Book With an Open Access CC-BY License [Open Access Week in 2014 is October 20-26.] Have you noticed that scholarly books are getting more and more expensive? It’s not just the journals that are exorbitantly priced.

Meet the Robin Hood of Science The tale of how one researcher has made nearly every scientific paper ever published available for free to anyone, anywhere in the world. On the evening of November 9th, 1989, the Cold War came to a dramatic end with the fall of the Berlin Wall. Four years ago another wall began to crumble, a wall that arguably has as much impact on the world as the wall that divided East and West Germany. The wall in question is the network of paywalls that cuts off tens of thousands of students and researchers around the world, at institutions that can’t afford expensive journal subscriptions, from accessing scientific research. On September 5th, 2011, Alexandra Elbakyan, a researcher from Kazakhstan, created Sci-Hub, a website that bypasses journal paywalls, illegally providing access to nearly every scientific paper ever published immediately to anyone who wants it. This was a game changer.