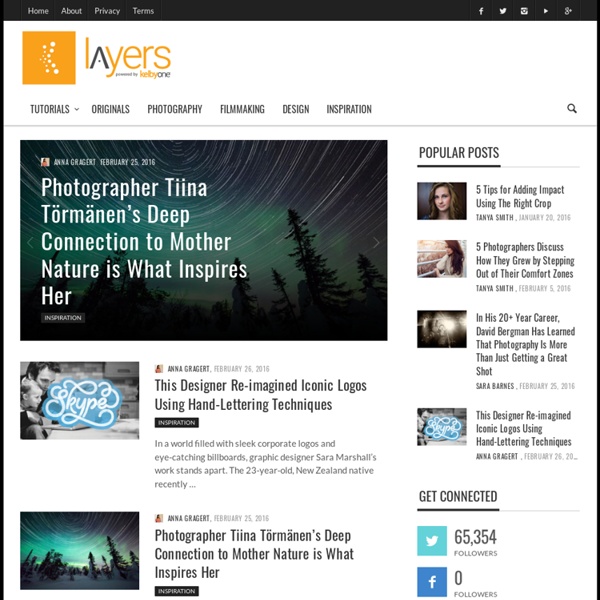 Adobe Flash Tutorials - Best of | Tutorials Although usability evangelists often consider Flash to be a usability nightmare, used properly, Flash can provide users with a rich and interactive interface which would be impossible otherwise. Today Flash is the de-facto standard for interactive elements on the Web as most users install Flash plug-in by default. And in fact, there are many paths creative designers can take to create a more interactive and user-friendly interface. Searching for ‘flash tutorials’ via Google & Co. won’t provide you with the results you expect. Not that you won’t find any relevant results, on the contrary — you will be directed to a large number of Flash repositories which offer everything: sometimes useful, but mostly not. Besides, browsing through these repositories isn’t that much fun — as you sometimes need to figure out whether a link you see is a hidden AdSense-block or the actual tutorial. Animation and Effects Link Misty River10Read this tutorial and see how to create misty river animation.

London from above, at night With the end of the Olympics in Beijing, all eyes turned for a moment to London, site of the upcoming 2012 Summer Olympics. While looking for good photographs of London, I was contacted by London photographer Jason Hawkes, who had some wonderful images of London, seen from above at night (from a helicopter, to be exact) - some of which which he's agreed to let me share here. From Jason: "Shooting aerial photography during the daytime had its own difficulties, you are strapped tightly into a harness leaning out of the helicopter, shouting directions through the headsets to the pilot. If shooting in the day can be difficult, night and the lack of light causes its own set of problems, but overcoming them is half the fun and the results can be stunning.