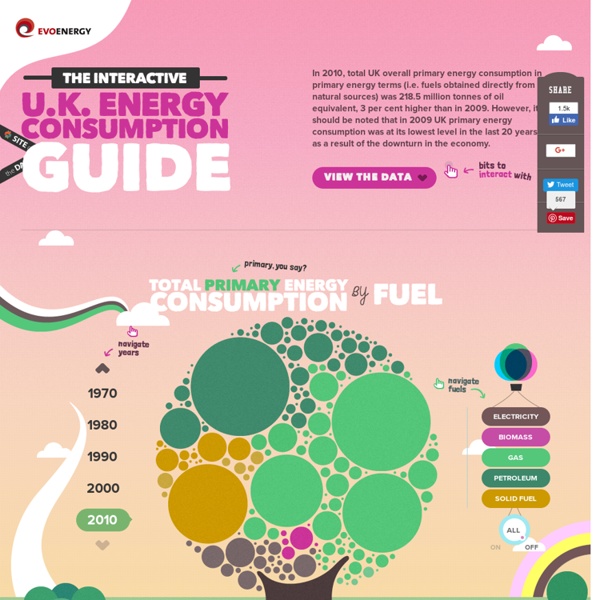 Roundup of single page websites One of the recent developments on the web has been the rise in the use of one page websites by everyone from web designers to large companies to promote their product, app or portfolio. One page websites look great with many having very simple designs, large typography and amazing illustrations and graphics too making them some of the best looking sites on the web in 2012. Often using the very latest CSS3 and jQuery they are a great way to create a site that has maximum impact. Here is a roundup of 30 single page websites featuring lots of different styles. Auxillary Design Co. Future of Internet Search: Mobile Version Part1: Looking Glass Concept This is what Mac Funamizu wish the internet search will be able to do with a mobile device in the NEAR future. Touch screen, built in camera, scanner, WiFi, google map (hopefully google earth), google search, image search… all in one device. Like this way, when you can see a building through it, it gives you the image search result right on the spot.

44 Great Facebook Timeline Cover Photos That Will Inspire You Almost everybody has a Facebook account, at least one and at least a fake one. If you don’t have Facebook, you don’t exist. It’s very easy to find out what are your friends doing or where they throw the next party. People are trying to have more creative profiles so that’s the reason I’ve collected for you in this showcase, 44 great photos for your Facebook timeline cover. Unit Interactive - Website, Application, and eBook Design and Development - Portfolio The Investment Center The Investment Center “Unit took the time to learn about the ins and outs of our business. They then used what they learned to design the perfect website to fit our needs. This design strategy is brilliant and revolutionary. I look forward to working with Unit for future projects.”

Motion Design and Filmmaking Pixity Land – After Effects Template Pixity Land, A Fully Customizable After Effects Motion Graphics Template. Pixity Land is a beautifully designed motion graphics template for After Effects. The entire package includes more than 500 unique elements and the template is fully customizable. You can change every element or create your own characters and place them everywhere to make your own... Reel 2014 with Motion Design by Lasserre laurent Iceland Project Plays Dice With Nature, And Loses Active Citizens, Biodiversity, Civil Society, Environment, Europe, Featured, Headlines, Regional Categories, TerraViva Europe, TerraViva United Nations Lagarfljot lake before the Karahnjukar construction began. Credit: Petur Elisson/IPS. - Since the controversial Karahnjukar dam in East Iceland was brought into operation in 2006, conditions in the downstream Lagarfljot lake have become much worse, according to information gathered by the energy company Landsvirkjun. Some of the changes are irreversible, scientists say.

Leonard Cohen’s return You are watching a documentary filmed mostly in Montreal during the winter of 1964. A man with thick black hair, wearing a white dress shirt under a leather jacket, steps onto the stage at a lecture hall. He’s there to give a poetry reading, but he opens with an anecdote: The other time I was in corridors such as these was in the Verdun mental hospital, in Montreal. (Pause) I was visiting a friend. He was on a top floor. Veerle's blog 3.0 - Webdesign - XHTML CSS Like I mentioned on Twitter yesterday, this is the largest tutorial I've ever written. Today I'll share you how I created a colorful cityscape in Adobe Illustrator. You'll start from an Illustrator template file, where I prepared the document for you including the colors I've used. We go step by step through the process, creating the sky, the grass, houses, trees, bushes, clouds… I show you several different, yet very simple techniques. Hope you are ready for this very extended tutorial. I promise it'll be fun...

Disaster Prevention Technology Research Center-Environmental Resources Monitoring Research Group-核電廠地質調查與地震危害度參數委託研究 The Research of Probabilistic Seismic Hazard Analysis and Geological Survey of Nuclear Power Plant 主管單位：核能研究所 Institute of Nuclear Energy Research 執行單位：財團法人中興工程顧問社大地工程研究中心 主持人：鄭錦桐Chin-Tung Cheng 承辦人：邵國士Kuo-Shih Shao 工作人員：林柏伸、謝寶珊、李易叡 Yen-Hsiang Lin, Chi-Hung Chao, Che-Wei Shen, Kuo-Shih Shao 摘要 基於以下理由，我國營運中核能電廠必須執行地震危害度再評估計畫： When It’s Cool to Say Cool (and when it’s not) It's never cool to begin an article with a dictionary definition of anything. It invariably sounds like the writer is unable to start the article with an original lede. Nonetheless, it is cool to provide the following definition of cool, so we are on the same page (which is a tired expression, and thus uncool). The American Heritage Dictionary says: From Black English usage meaning 'excellent, superlative,' first recorded in written English in the early 1930s. Jazz musicians who used the term are responsible for its popularization during the 1940s.

Toyota Camry Every Bit Brilliant Toyota is repositioning the Camry in Australia with an integrated advertising campaign featuring the inspiration and dedication behind the model. The main television commercial, launched on Saturday August 23, features a thoughtful engineer who walks around the Toyota design facility thinking, designing and planning. Throughout the building each engineer has a contraption floating about his or her head.

Brand identity style guides from around the world This is great! The University of Connecticut has a nice one designed by Peter Good. Web and link to PDF version. (Get the PDF version!) Art Installations « Categories « Mayhem & Muse – Page 2 Twist your Mind with Ryohei Hase’s Japanese Surrealism Paintings Ryohei Hase is a Japanese illustrator and artist who creates surrealist art with a dark appeal. Twisted images of animals, abstract forms and human beings spring from Hase’s mind onto canvas, paper or a computer screen in a barrage of artworks that leave the world gasping for more. Some of his art borders on disturbing […]