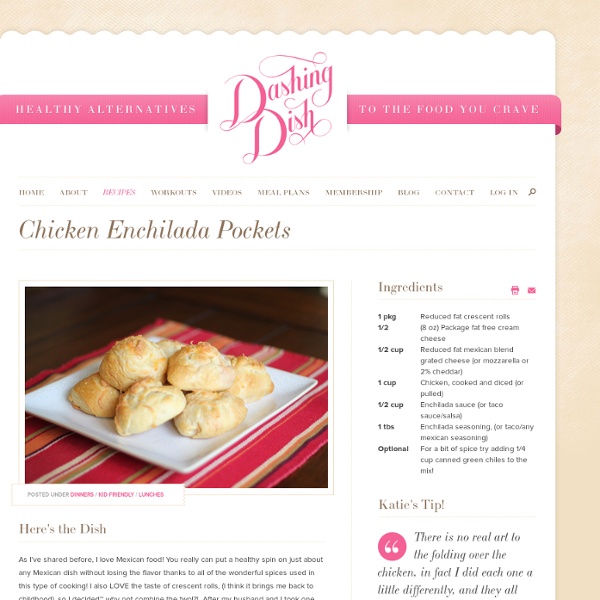 Someone Left The Cake Out In The Rain Baked Zucchini Sticks and Sweet Onion Dip: that bloomin’ zucchini! Today, class, it being late July and all, we’re going to examine our zucchini facts: •Zucchini is always at the end of any A-to-Z food list; •Zucchini and fruitcake are the undeserving targets of many a joke; •The zucchini plant literally grows like a weed, making it absolutely ubiquitous in vegetable gardens across America; •And for that reason, enterprising cooks have discovered ways to turn it into muffins, and cake, and pancakes, and… Baked Zucchini Sticks. You know that onion appetizer that came into bloom back in the late ’80s? Outback Steakhouse claims it invented the “Bloomin’ Onion” back in 1988, and it wasn’t long before quasi-fast food restaurants adopted it as the hottest appetizer since artichoke dip baked in a bread bowl. These zucchini sticks, with their melty-soft interior and crisp crust, are reminiscent of those onions – and equally addictive, especially when served with their special onion-mustard dip. Ready to go beyond muffins, bread, kebabs, and frittata? Warning!

White Chicken Pizza January 19, 2011 White Chicken Pizza In this house I know that anytime I make a pizza, it’s guaranteed that it will get eaten. Even if I screw it up, the mantra seems to be that there is no such thing as a bad pie. Only the “this is pretty darn good pizza, pass another slice please” pizza, the “thank you soooo much for making pizza mommy” pizza (trust me, dinner compliments from the six and under crowd are a rare treat so this is the sign of a job well done), and the “Get your hand off that last slice, I called dibs and I’ll fight ya for it if I have to” kickin’ awesome pizza. This pizza is of the third distinction. I made my own crust (my recipe’s here), but you can also use a pre-bought dough or pizza crust and it will still work just perfectly. Ingredients needed: Throw your chicken, shallots, garlic and the salt/pepper in a skillet and cook them up on medium heat. Once they’re cooked through, remove them from the heat. Next up, the spinach.

Baked Parmesan Zucchini Sticks I got kinda hooked on these this summer. I’ve always loved the zucchini sticks my parents served at their pizzeria and used to eat them often when I worked there. But let’s be real, though they are a “vegetable”… the deep fried part kinda trumps the veggie part don’t ya think? I started making these at home this summer…not sure why it’s taken me so long to put this zucchini recipe together. I love zucchini, but get kind of bored of the usual ways I cook it and am always on the lookout for new recipes for zucchini. These are so easy to make, just slice them into sticks, bread and bake. Baked Parmesan Zucchini Sticks Ingredients 3 large zucchini, sliced longways, halved and cut into sticks 2 eggs 1/2 cup plain bread crumbs 1/4 cup Parmesan cheese, grated 1 tsp dried oregano 1/2 tsp dried garlic powder Olive oil spray Instructions Preheat oven to 425 degrees. Tagged as: Appetizers, Side Dish, Vegetarian

Queso Blanco Dip {Sugar Rush Reinvented: #6} And so…another week of my anti-Sugar Rush continues. Well, not that I’m anti-sugar, but like I explained last week, I am changing it up this year and doing two weeks of savory, delectable appetizer “treats” with a highlighted recipe from years past of Sugar Rush. I feel a little redundant swooning over each of the recipes I’ve posted with Sugar Rush Reinvented, but I’m telling you, I hit on some wondrous recipes this go-round. Even though I stated the pinwheels were my favorite, I had to sidestep that claim when the pizza bites knocked my socks off, and now…if the quantity of queso blanco dip I devoured (rephrase: me and the baby devoured) is any indication, this might be my actual favorite. So creamy. Click HERE to see all of this year’s Sugar Rush Reinvented recipes. Note: White American cheese can be found at the deli counter in most grocery stores. Ingredients Directions Heat the oil in a medium saucepan over medium-high heat. Printed from Mel's Kitchen Cafe (www.melskitchencafe.com)

Crispy Chicken Sandwich Topped with a Fried Egg, Prosciutto and Spinach-Garlic Aioli As a grownup, I now know that breakfast-for-dinner wasn’t a loving concession but a well-orchestrated cop-out. Most pre-10AM treats take a hot minute to prepare and they’re always crowd-pleasers. Show me the person who flips off Cinnamon French Toast or Apple Pie Pancakes; who thumbs her nose at Eggs Benedict or a plate piled high with Hash Browns. That person doesn’t exist…and if they do, we don’t need to meet. For this month’s installment of Secret Recipe Club – SRC, as it’s known in the biz – I was sent to From the Bookshelf: a fantastic blog that plumbs the pages of classic cookbooks and adapts them into NYC-friendly creations. Inspired by From the Bookshelf‘s rendition, I decided to blow the doors off the thing and put the “dinner” back in “breakfast-for-dinner.” Print This Recipe Crispy Chicken Sandwich Topped with a Fried Egg, Prosciutto and Spinach-Garlic AioliServes 2 Directions for the Aioli: 1. Directions for the Crispy Chicken: 1. 2. 3. 5. 6. Directions for the Rest: 1. 2. 3.

Chicken Parmigiana This is one of the go-to dishes I make for my family of six. Rich, flavorful, and totally satisfying, we all love it, including my big, strapping cowboy of a husband. And that’s a very, very good thing. Break out the good Parmesan for this one, my friends. Begin with four to six boneless, skinless, trimmed chicken breasts. I’m actually beginning to believe fear of raw chicken is a diagnosable phobia. Place the chicken breasts inside of a Ziploc bag—either one at a time or, if the bag is gigantic like this one, all at once. I put them inside Ziplocs so that when I pound the heck out of them here in a second, microscopic particles of raw chicken will not end up across the room on my computer’s keyboard. Now THAT would gross me out the door. Pound the chicken with the smooth side of a mallet. You want them to be very thin–about 1/8 to 1/4″ thick. Add the flour to a large plate. And pepper. Then season the other side. The raw chicken is almost over. Now it’s ready to cook! And butter. Mmmm. Oh!

Fried Dough Mozzarella Bites These weren't as crazy amazing(cramazing?) as they look and sound, but they were still very good. They definitely need a few tweaks though to become a perfect recipe. The main issue which I knew might be a problem from the start is that the cheese explodes out of the dough well before the dough is finished cooking. Not really a huge issue because the burnt cheese tastes great, but I have a few different ideas to make these a bit more awesome next time I make them. Until then though, these guys weren't too shabby at all. Little Cubes of mozzarella. I just used store bought pizza dough to wrap the cheese in. Right away I dunked them into a bowl of flour so they wouldn't be sticky. You can already see the cheese explosions. Still, really fun and really tasty. I'm gonna revisit this idea, it might not be for awhile, but it's gonna happen.

Better Than Takeout Orange Chicken Yesterday as I stood in the kitchen trying to figure out what to make for dinner I wondered to myself, how do those people do it on those shows where they are given random ingredients and are suppose come up with something genius. I think I stood there for a solid 20 minutes looking in the cupboards and staring into the freezer hoping that I would be struck by some ingenious idea. Then I saw the oranges, and it hit me “O-raang Shh-ikun”….that is orange chicken if you can’t understand the accent. I love orange chicken, and I almost always order # 14 Orange Chicken when we order Chinese take out and I wondered to myself if I could make it better at home. This recipe most definitely delivered! The sauce is sweet, tangy, there is no lack in orange flavor, and the red pepper flakes give it just a touch of heat. Combine corn starch, salt, and pepper. As you finish each batch, drain cooked chicken in a paper towel lined plate. Better Than Takeout Orange Chicken Ingredients Chicken 2 eggs, beaten

Garlic Butter Rolls › shutterbean For those of you who swoon over garlic twisty bread but can’t bring yourself to order whole pizza to make the delivery worthwhile, this one’s for you! They are scrumptious! Dip some in marinara or serve them with a salad and pasta! You could also eat them alone, directly from your kitchen counter. To push them over the edge of deliciousness, I am going to tuck a little bit of Parmesan cheese in the middle of each roll before I form them into little dough balls next time! I used Trader Joe’s plain pizza dough for this batch! Start by mincing 4 cloves of garlic. While your dough is getting to room temp, get your muffin tin ready and put some oil in a little bowl. Cut the dough into 12 pieces. Put a pinch of garlic on top. Brush the tops with olive oil and place in the oven for 15-18 mins. Here’s what they look like after 17 minutes in my oven. Dip them in a bowl of melted butter and parsley. You have yourself a very delicious little garlic knot/roll. (recipe Real Simple Magazine) Makes 12