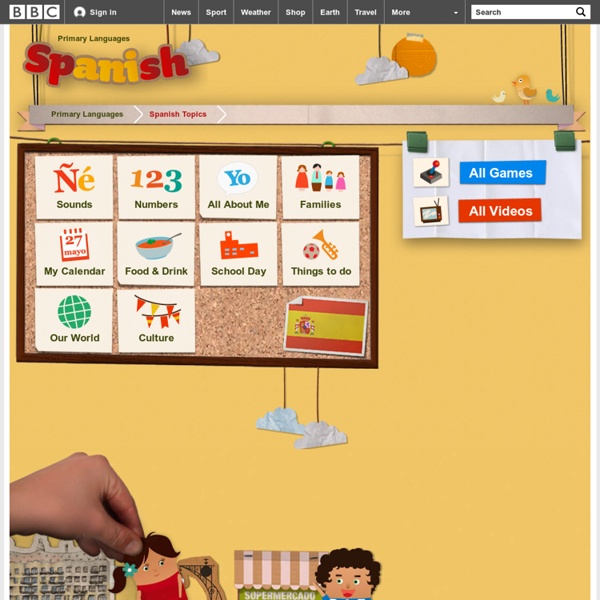 ECML-Programme > Programme 2012-2015 > Pepelino Introduction PEPELINO is a portfolio aimed at students embarking on initial training to become pre-primary educators and persons working with children under the age of 7 who wish to improve their training. It is a tool for personal reflection on professional competences, focusing on the plurilingual and intercultural dimension of work with pre-primary children. It was developed at the European Centre for Modern Languages of the Council of Europe by a team of experts from Austria, the Czech Republic, France and Greece with the assistance of trainers from the 33 member states of the ECML and other countries which are involved in its work. Descriptors of professional competences PEPELINO breaks down the professional skills associated with children’s linguistic and cultural development into four domains and eight fields of competence, with each domain being divided into two fields of competence.

Foreign Language Teaching Methods: Vocabulary Hi. My name is Nancy Guilloteau. I am a lecturer in the Dept. of French and Italian. I have been teaching here since 1998, and have been the Language Program Director since 2006. During my tenure at UT, I have taught classes at all levels. At the undergraduate level, I have taught beginning language courses, advanced conversation, French phonetics, advanced grammar and composition, French business culture, and a French and American cultural values course.

iTranslate - free translator TransZilla Voice Translator has reached 2 Million downloads worldwide! Thanks for using our voice translator app! TransZilla Voice Translator is free app which supports translate text in more than 70 languages.Translate voice to make conversation with foreign people and ask questions in other languages. Traveling around the world and talk without knowing the language, only with this translator app in your pocket! Just speak or type text and click Translate button. Notes: The supported languages to translate may depends on different devices.Needs Internet connection to translate text.

Smigin Is a Foreign Language Tool That Doesn’t Make You Sound Like A Tourist If you’ve ever tried to learn a foreign language, you probably know that most existing methods focus on aspects of the language that aren’t very helpful in everyday life. For example, newcomers to a language are often first taught the names of animals or colors, words that aren’t normally applicable to the common traveler. Smigin aims to fix this problem with its app that allows travelers to build and hear common phrases spoken by a native speaker. The app’s Phrasebuilder consists of a three-column interface where users can combine actions and nouns, letting them create tens of thousands of different sentences on the fly.

Network of Business Language Educators Building bridges to the future:Innovation, technology, advocacy. AATSP 2013 Opening Panel Be the catalyst at your institution to promote ways to prepare our students to be global leaders in the 21st century workplace!!!!!! On this page you will find resources to help you promote the value of foreign language and cultural studies to administrators and parents in your community. Lead With Languages… Advocacy Presentations

Task-Based Language Teaching › Dave & Jane Willis answer TBLT questions from Japan Something a little different this week. Below is an article written by Dave and Jane Willis, which they were kind enough to submit to a special TBLT issue of JALT’s The Language Teacher journal which I guest edited last year. In it, they answer some questions sent in by Japan-based English teachers in a very straightforward and persuasive way, which in my opinion makes this an important piece to keep in circulation. Task-based second language instruction Mohammed K. Ahmed International University of Japan Abstract | Back to Ahmed's Publications & Presentations Page | Task-based syllabus design has interested some researchers and curriculum developers in second/foreign language instruction since the mid-1980s (Long 1985; Breen 1987; Prabhu 1987; Nunan 1989), as a result of widespread interest in the functional views of language and communicative language teaching. However, under the rubric of task-based instruction, a variety of approaches can be found, e.g., "procedural syllabuses," "process syllabuses," and "task-based language teaching" (Long and Crookes 1993).

Printable Kids Games: Emotion Bingo Inspired by Inside Out This shop has been compensated by Collective Bias, Inc. and its advertiser. All opinions are mine alone. If you’re looking for fun printable kids games, be sure to check out the fun Inside Out-inspired Bingo game below! Teaching by Principles: An Interactive Approach to Language Pedagogy H. Douglas Brown's Teaching by Principles is intended for teachers in training -- those who intend to be teachers but who have little or no classroom experience -- and for teachers who train teachers. It is centered, not surprisingly, around certain principles of language teaching and learning, echoing Brown's own Principles of Language Teaching and Learning (1994). His new book Teaching by Principles is itself a manifestation of the principles which it espouses and, while one is again tempted to say "not surprisingly," it is not always a given that authors in our profession themselves "do as they say." Brown does. The book is organized into four main sections: Foundations for Classroom Practice; Context of Teaching; Designing and Implementing Classroom Techniques; and Classroom Practicalities.

Introduction Introduction The person who learns a language without learning a culture risks becoming a fluent fool. (J. Bennett, M. Bennett, & Allen, 2003, p. 237) This report on intercultural communicative language teaching was commissioned by the Ministry of Education in the context of the development of the 2007 New Zealand Curriculum, with its new learning area of learning languages.