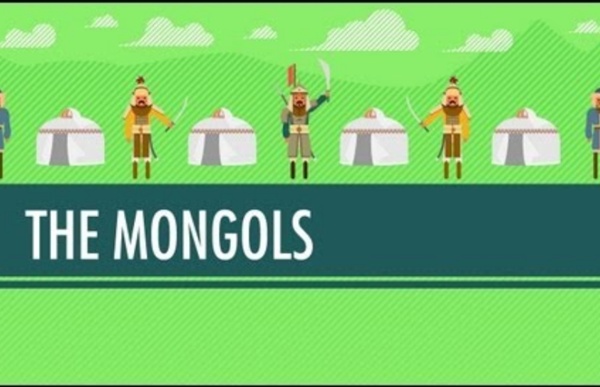 How a Young Eagle Huntress Kicks Butt at a Kazakh Tradition When Mongolia closed its borders earlier this year due to the pandemic, Marinel de Jesus was organizing an all-female trip there and filming the annual winter migration of nomadic families in the Altai Mountains. She focused her documentary work on female Kazakh herders, from the country’s largest ethnic minority. “While doing research on the Kazakh nomadic migrations, I quickly learned that most of the articles or films about the subject involve merely the voices of local males or male explorers. She also observed that some female Kazakh nomads participated in traditional eagle hunting, in which a trained raptor is used to help catch foxes or hares. Through a local contact, the former lawyer, who now works to normalize the roles of women, people of color, and immigrants in the outdoor and travel industries, met 10-year old Aimoldir Dayanbek, whose passion is to become the best eagle huntress in the world—and by that age she had already won four competitions.

Mystery of Mongol Retreat from Hungary Solved In 1241, the Mongol army marched into Hungary, defeating the Polish and Hungarian armies and forcing the Hungarian king to flee. In 1242, despite meeting no significant military resistance, the Mongols abruptly packed up and left. Now, a new study of the climate in Eastern Europe that year suggests a reason for this mysterious military retreat: The Mongols got bogged down. Literally. A cold and snowy winter yielded to a particularly wet spring in Hungary in 1242, according to data from tree rings. As a result, the grasslands of Hungary turned to marsh, said study researcher Nicola Di Cosmo, a historian at Princeton University. "This is one of the very few cases in which we can identify a minor climatic change on just one winter and link it to a particularly important historical event," Di Cosmo told Live Science. [10 Surprising Ways Weather Has Changed History] The invasion of Hungary happened well after the death of notorious Mongol leader Genghis Khan in 1227.

Japan Refine Khutulun: The Undefeated Bad-Ass Mongolian Warrior Princess Khutulun was a Mongolian noblewoman who lived during the time of the Mongol Empire. She is recorded to have been a great warrior and was especially noted for her prowess in the sport of wrestling. Such was her renown that she was written about by Rashid al-Din, a Persian writer living in the Ilkhanate, and the famed Venetian travel, Marco Polo. Great Grandfather Khan and the Rest of Khutulun’s Family Khutulun was also known as Aigiarne (which is said to mean ‘shining moon’), Aiyurug, and Khotol Tsagaan, and is believed to have been born around 1260. Ogedei Khan. ( Public Domain ) Khutulun’s father Kaidu was a grandson of this Khan. By this time, the Mongol Empire had fragmented and the title of ‘Great Khan’, which was held by Kublai Khan, was merely a nominal title. Khutulun was brought up by her father in the nomadic way of life , just like her 14 other brothers. A female archer in elegant Mongolian dress during the Naadam Festival. Marco Polo on Khutulun Khutulun’s Wrestling Challenge

MONGOLS MONGOLS, an Altaic people whose home lay in the east of the modern republic of Mongolia, and who, under the leadership of Temüjin (d. 624/1227; better known as Čengiz Khan), conquered an empire that embraced China, Central Asia, the south Russian steppe, Iran, Afghanistan and Iraq. The last Mongol emperor of China was expelled by the native Ming dynasty in 1368. A branch of Čengiz Khan’s family, known as the Il-khans, ruled in Iran until 754/1353; and two of the dynasties which subsequently governed in the western regions of the Ilkh anate—the Chobanids and the Jalayerids—were also of Mongol stock, being descended from Mongol amirs in the Il-khans’ service. The line of Čengiz Khan’s descendants ruling in Central Asia, the Chaghatayids, lasted until 1678. The Mongol state in the south Russian steppe, the ‘Golden Horde’, survived until 1502 or—in the shape of a successor state, the khanate of the Crimea—until the annexation by Catherine the Great in 1783. Origins and early history. M. J.

Video -- Why the Ocean Matters | De Natura Reru China refine On the Move With Mongolia’s Nomadic Reindeer Herders A morning mist filled the valley near Hatgal, a small village at the southern tip of Lake Khovsgol in north central Mongolia. Glancing at the figures between the fragrant pines and larches, I could hardly distinguish the silhouettes of the reindeer from those of their herders. Darima Delger, 64, and her husband, Uwugdorj Delger, 66, gathered their belongings and dismantled a rusty stove. They tossed a coat over the shoulders of their grandchildren who were already sitting on the backs of their animals. The family’s herd stood as still as if in a Flemish painting. Everyone was waiting to depart. The sound of colliding tent poles — mixed with a swirl of commanding voices — left little doubt: The transhumance to the herders’ summer camp was underway. Darima and Uwugdorj’s family is part of a small group of semi-nomadic reindeer herders known as the Dukha or Tsaatan. The decision to move the herd was not a simple one. But now the rain and snow cycles are changing, Uwugdorj said.