A Brief History of John Baldessari 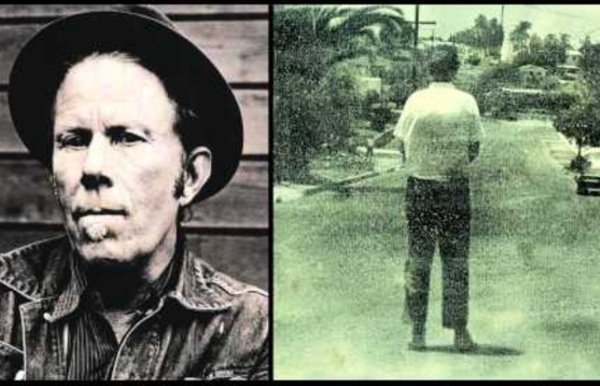 Downloads Current Stable Version The current stable release of GIMP is 2.8.18 (2016-07-14). We think your OS is Ubuntu. Show downloads for GNU/Linux | OS X | Microsoft Windows | All GIMP for Unix-like systems John Baldessari John Baldessari was born in National City, California, in 1931. He received a BA (1953) and MA (1957) from San Diego State College, continuing his studies at Otis Art Institute (1957–59) and Chouinard Art Institute. Synthesizing photomontage, painting, and language, Baldessari’s deadpan visual juxtapositions equate images with words and illuminate, confound, and challenge meaning. He upends commonly held expectations of how images function, often by drawing the viewer’s attention to minor details, absences, or the spaces between things....

Crochet Playgrounds by Toshiko Horiuchi MacAdam In the mid 1990s Japanese artist Toshiko Horiuchi MacAdam was showing a large scale crochet artwork at an art gallery when two rambunctious children approached her and asked if the sculpture, resembling a colorful hammock, could be climbed on. She nervously agreed and watched cautiously as her suspended artwork twisted and stretched as the kids climbed on top of it. Suddenly an idea was born. Almost three years later MacAdam would open her first large-scale crochet playground in conjunction with engineers TIS & Partners and landscape architects Takano Landscape Planning. The Throne of the Third Heaven of the Nations' Millennium General Assembly by James Hampton Gallery Label "Where there is no vision, the people perish" — Proverbs 29:18 (King James Version) posted on the wall of Hampton's garage James Hampton's entire artistic output is this single work which he called The Throne of the Third Heaven of the Nations' Millennium General Assembly. Hampton worked for more than fourteen years on his masterwork in a rented garage, transforming its drab interior into a heavenly vision, as he prepared for the return of Christ to earth. The Throne is his attempt to create a spiritual environment that could only have been made as the result of a passionate and highly personal religious faith. Hampton's full creation consists of 180 components—only a portion of which are on view.

Liesbet Bussche Accesorizes the City with Oversized Jewelry Street Art Liesbet Bussche is doing some really creative, involved work in the street right now. I really like her “Urban Jewellery” campaign, which integrates over sized pieces of jewelry into public, urban space. Stone roadblocks become cufflinks. How we made HAJJ 360 How we made HAJJ 360 A 360-degree experiment in Mecca I visited Mecca three weeks before the Hajj period to film the major landmarks of this annual pilgrimage before the arrival of more than two million worshippers. I wanted to show our viewers what these places look like when they are relatively empty. For this trip, I equipped myself with one camera - Ricoh ThetaM15 - that takes 360-degree images and footage. It basically shoots everything around me, including myself.

For John Baldessari, Conceptual Art Means Serious Mischief hide caption"Cutting Ribbon, Man In Wheelchair, Paintings (Version #2), 1988" shows John Baldessari's signature technique, faces covered with colorful circles. The practice had its genesis when the artist idly stuck a price sticker on the face of someone pictured in a newspaper clipping. Courtesy the artist/John Baldessari Studio There are certain creations that have defined beauty for generations: Renoir's pudgy, pink nude; Rothko's brilliant blocks of color that seem to vibrate; Michelangelo's naked young man in marble, with a slingshot on his shoulder. In Venice, Calif., 81-year-old artist John Baldessari respects these definitions — and then turns them upside down. Baldessari is an icon in some art circles, especially in Southern California.

Interactive Paintings on the Streets of Malaysia A great new street artist is making a splash in Malaysia this month. Painter Ernest Zacharevic created four new works where his painted figures of mischievous children are seen interacting with their physical surroundings: an old bicycle, a motorcycle, or even windows on the side of a building. His most popular piece of two small children on a large bicycle has become a major destination in the city with dozens of people stopping to take creative photos.

Jeff Wall Career[edit] Wall received his MA from the University of British Columbia in 1970, with a thesis titled Berlin Dada and the Notion of Context. That same year, Wall stopped making art. With his English wife, Jeannette, whom he had met as a student in Vancouver, and their two young sons, he moved to London[1] to do postgraduate work at the Courtauld Institute from 1970–73, where he studied with Manet expert T.J. Clark.[2][3] Wall was assistant professor at the Nova Scotia College of Art and Design (1974–75), associate professor at Simon Fraser University (1976–87), taught for many years at the University of British Columbia and lectured at European Graduate School.[4] He has published essays on Dan Graham, Rodney Graham, Roy Arden, Ken Lum, Stephan Balkenhol, On Kawara, and other contemporary artists.[5]