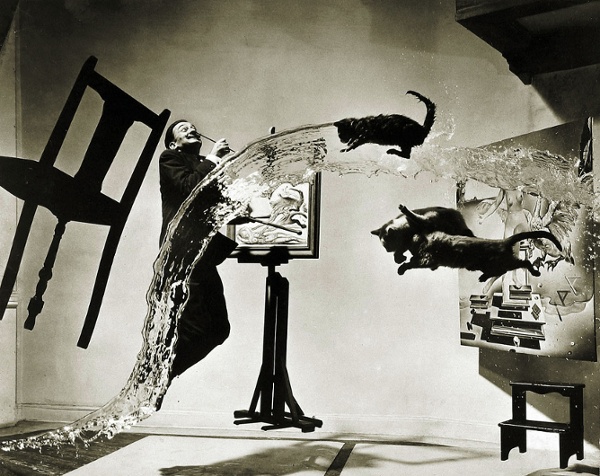 People of the Rainbow Gathering Ever hear about Rainbow Gatherings? They're temporary community events typically held in outdoor settings; a place where people practice ideals like peace, love and harmony. The original Rainbow Gathering was in 1972 and was started as an alternative to mainstream popular culture. In the United States, the annual event is held on National Forest land from July 1 through 7. The highlight is when everyone gathers together in a large circle, and each person prays silently for peace.

Kaleidoscopic Compositions by Andy Gilmore A master of color and geometric composition, Andy Gilmore’s work is often characterized as kaleidoscopic and hypnotic, though it could just as well be described as visually acoustic, his often complex arrangements referencing the scales and melodies in music. Gilmore’s journey toward this masterful style followed a long and winding road. He characterizes his pursuit of education as a tangled web, noting the bookstores, bakeries, and theaters where he worked were of more importance than the schools he attended in pursuit of his BFA, which he received from SUNY Empire State College. After finishing school, Gilmore relocated to San Clemente, California, where he took up work for FourStar Distribution, resizing print ads for C1RCA Footwear and Forum Snowboards. It would serve as his introduction to the computer and lay the foundation for a career in digital art and design.

Amazing Places To Experience Around The Globe (Part 1) Preachers Rock, Preikestolen, Norway Blue Caves - Zakynthos Island, Greece Skaftafeli - Iceland 25 Most Beautiful Animals Photography on StumbleUpon I think the most beautiful pictures are those made in nature. Nothing compares with the expression of a tiger, the majestic flight of an eagle or the strength of a white bear. Below you can see 25 the most beautiful animal photographs that will capture your attention, and were stumbled on StumbleUpon.

Rare and Precious Moments of Animal Life How interesting can animal life be is something which we can only guess. By looking these amazing photographs it seems that they have very funny and precious moments. Would you like to be monkey, or elephant, or maybe cat sometimes? Don’t worry if you do because this has happened all of us at least ones, for now enjoy these rare photos! 30 Breathtaking Examples of Long Exposure Photography I always thought that long exposure photography was overdone to death and not even worth doing. That’s why I have never experimented with it much, but I still wanned to do a little research and make a collection of best Long Exposure Photography Examples. I soon found out that I was wrong. It may be overdone, but good shots are incredibly rare and hard to find (this could also be due to my lack of searching skills). So my advice to you (and even to myself) – don’t be turned off by the fact that everybody does it!

50 Captivating Slow Shutter Speed Photos Using a slow shutter speed allows for a completely different style of photography - from light painting to capturing smooth water effects. This article features a quick introduction to this style of photography, followed by 50 really amazing examples of the technique in action. Hopefully you'll leave feeling inspired! Geometric Tattoos Peter Aurisch is a tattoo master from Berlin. Using a great mix of geometry lines and bold and fine colors Peter is definitely standing out with his tattoo style. Do you maybe plan to make another tattoo this summer? Check these outstanding tattoos and make a decision if you want to visit Berlin!