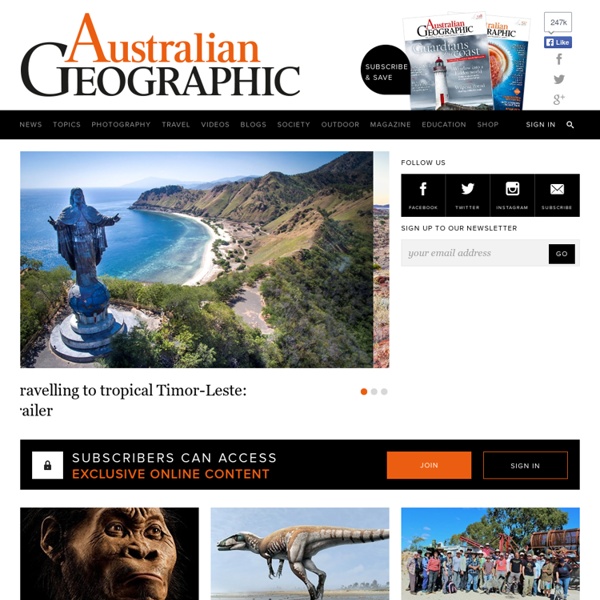 Coral sea paradise faces ruin from mining Tropical delight ... children enjoy the beauty of the reef in front of their village on Raja Ampat. ONE of Australia's richest men, Clive Palmer, is buying nickel laterite ore for his Yabulu refinery from an Indonesian company that is defying a ban and mining in Raja Ampat, the world's most ecologically diverse marine environment. An investigation by the Herald has discovered that as well as threatening the environment that is home to 75 per cent of the world's coral species, the supplier undercompensates landowners, has allegedly paid bribes for its licences and created deep rifts in the traditional communities of Raja Ampat. Conservationists and activists have fought hard to have Raja Ampat, in West Papua province, protected but the mine on the island of Manuran where Queensland Nickel gets its nickel, PT Anugerah Surya Pratama, remains open. And its sister company continues to work at another disputed concession on the island of Kawe, despite a court order to desist. Advertisement

Web 2.0 Science Tools By Laura Turner The following web2.0 sites would be useful for science educators at the high school and middle school level. Some would also be appropriate for higher elementary grade levels. There are many new ‘tools’ or websites that take advantage of the higher speed and bandwidth of today’s Internet. Web 1.0 tools/websites were text based and web2.0 tools/websites are designed for full-motion video, 3D animations and are generally interactive in some manner. Web 2.0 can also be described as the second round of new technology development and adoption. EcoKids This award-winning EcoKids web site is an interactive environmental web site for children, their families, and educators in Canada and around the world. Experience Math and Science with Gizmos (3-12) www.explorelearning.com This site features 450 interactive simulations for math and science. Google Google SketchUp Google Earth for Educators St.

A guide to train travel in the USA | Coast to coast by Amtrak from $193 Travelling by train in the USA You'll see nothing of America at 35,000 feet, so come down to Earth and see the world class scenery from an Amtrak train across the United States. The USA has an excellent rail network, and although it's only a skeleton network by European standards it'll take you to almost all the towns & cities a visitor wants to see. On this page... Train service in the USA, at a glance How to buy Amtrak tickets Crossing the USA by train, via Chicago. Crossing the USA by train, via New Orleans. New York to Florida Train times, fares, how to buy tickets. Boston-New York-Washington DC Northeast inter-city trains. New York to Montreal & Toronto trains to Canada. Other Amtrak routes What are Amtrak trains like? Amtrak's USA Railpass How it works, how to buy one. Holidays & tours by train across the USA Hotels in the USA Open Top Bus City Tours Flights to the USA Europe to the USA by Queen Mary 2 Train services in the USA, at a glance... This route map shows where Amtrak trains run.

Australian Exceptionalism | Pollytics “Australian Exceptionalism”…. let that phrase roll off your tongue. Now stop laughing for a moment if you can! There’s something about that phrase that just doesn’t sit right with us. We’ll often laugh at the cognitive dissonance displayed by our American cousins when they start banging on about American Exceptionalism – waxing lyrical about the assumed ascendancy of their national exploits while they’re forced to take out a second mortgage to pay for a run of the mill medical procedure. But in truth, we both share that common ignorance – we share a common state of denial about the hard realities of our own accomplishments compared to those of the rest of the world. Never before has there been a nation so completely oblivious to not just their own successes, but the sheer enormity of them, than Australia today. Somewhere along the highway to prosperity – and an eight lane highway it has been – far too many of us somehow managed to confuse Cost Of Lifestyle with Cost Of Living.

Beyond 2012: Why the World Didn't End Beyond 2012: Why the World Didn't End If you're reading this story, it means the world didn't end on Dec. 21, 2012. Despite reports of an ancient Maya prophecy, a mysterious planet on a collision course with Earth, or a reverse in Earth's rotation, we're still here. The Mayan connection "was a misconception from the very beginning," says Dr. Video: Why The World Didn't End Yesterday For years leading up to the supposed apocalypse, NASA scientists worked to dispel the myths and answer questions on a host of 2012 topics: Question (Q): Are there any threats to the Earth in 2012? Answer (A):The world will not end in 2012. Q: What is the origin of the prediction that the world will end in 2012? A: The story started with claims that Nibiru, a supposed planet discovered by the Sumerians, is headed toward Earth. Q: Does the Mayan calendar end in December 2012? Video: NASA Scientist David Morrison Debunks the Myths Q: Is NASA predicting a "total blackout" of Earth on Dec. 23 to Dec. 25?

Welcome to EveryScape Metgasco hits back at council bans | Lismore News | Local News in Lismore METGASCO has hit back at Lismore City Council's decision to impose a moratorium on all coal seam gas activities on council controlled land. Metgasco chief executive Peter Henderson said yesterday that he was "most disappointed" with the council's reaction to proposed "low-risk" seismic testing. "We agree with the council's own internal advice (that) it does not have the authority to reject or prevent work which has been approved by State Government," Mr Henderson said. "We made the approach to council as a matter of respect and to ensure that it was informed of our operations. We did not receive the respectful, considered and professional response we expected ... Lismore council might wish to question if it is spending ratepayers' money in a responsible manner and acting in the best interests of the community. "Metgasco is reviewing its position (and) will continue to keep council informed." Lismore jobs listed daily

50 Years of Incredible Space Images From the European Southern Observatory | Wired Science This week marks the 50th anniversary of one of the world’s leading astronomical institutions, the European Southern Observatory. In honor of ESO’s birthday, we take a look at some of its most stunning shots of the night sky, amazing objects in space, and the organization's beautiful telescope facilities. ESO started when astronomers from five European countries – Belgium, France, Germany, the Netherlands, and Sweden – came together on Oct. 5, 1962 to build a telescope in the Southern Hemisphere. Over the decades, many more countries have joined, including Denmark, Switzerland, Italy, Portugal, the United Kingdom, Finland, Spain, the Czech Republic, Austria, and, in 2010, Brazil, which became the first non-European state to join. ESO currently has eight telescopes at its disposal, including some of largest and most advanced ground-based facilities, such as the Very Large Telescope, the New Technology Telescope, and the Atacama Large Millimeter Array. Above: Image: ESO/J.

Fracking fracas looms - National Rural News - Agribusiness and General - Political The environmental debate over the use of hydraulic fracturing in the unconventional gas industry is set to intensify. At least one Australian shale gas company is calling for a ban on toxic chemicals used in the process following a damning report by the US Environmental Protection Agency, The Australian Financial Review reported yesterday. The EPA for the first time linked water contamination with hydraulic fracturing, or fracking, when it issued a draft report on Friday from its two monitoring wells in central Wyoming that were drilled to a depth of 1000 feet (304.8 metres). While critics have pointed out the EPA's findings are not conclusive, it seems to debunk two key arguments that the oil and gas industry have used to defend the controversial practice of fracking - that the extreme depth at which the process takes place will keep contaminants far from drinking water and hydrologic pressure will naturally push fluids down.