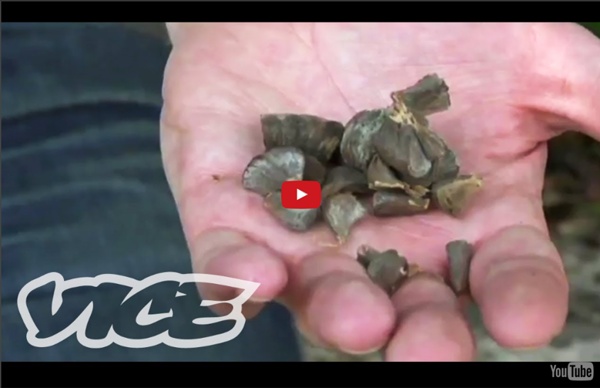 THC and CBD | Cannabis Effects THC (Delta-9-tetrahydrocannabinol) is the chemical in cannabis that makes you stoned. There can be a huge difference in the amount of THC in the cannabis you buy, sometimes it will be hardly anything, and other times it can go up to 40%. When THC enters your brain it has many effects – it can make you happy, relaxed and giggly. It can also make you feel stressed, paranoid, forgetful and sometimes make you see things that aren’t there. It can also make your heart beat faster and give you red eyes, because it makes your blood vessels open. It can give you a dry mouth and the 'munchies' as well. CBD (cannabidiol) is the second most common chemical in the cannabis plant after THC.

Hemp Gets The Green Light In New Colorado Pot Measure hide captionHemp products for sale in Washington, D.C., in 2010. The U.S. is the world's largest consumer of hemp products, although growing hemp is illegal under federal law. Colorado recently passed a measure that legalizes growing hemp. Tim Sloan/AFP/Getty Images Hemp products for sale in Washington, D.C., in 2010. With recreational marijuana now legal in Colorado, small-scale pot shops will open up soon in places like Denver and Boulder. Why? As plants, marijuana and hemp look related, and they are. That might be news to farmer Michael Bowman's neighbors. Bowman is from Wray, a small town on the eastern Colorado plains. A Wonder Crop? Bowman will plant 100 acres of hemp this spring on his 3,000-acre farm, where the winter wind now whips across barren wheat and corn fields. hide captionDEA Special Agent Paul Roach says federal law does not distinguish between hemp and marijuana. Courtesy Michael Bowman "We think 100 acres is a good number," he says. A Growing Trend

The myth of the Islamist winter In Tunisia, as in Egypt, the Islamists who came to power through the ballot box are seeing their popularity erode and are tempted to hold on to power by recourse to authoritarian measures. But they have to deal with the legacy of the Arab spring. They face a new political culture: now, one where people who disagree with the government take to the streets; where there is no reverence for established power and the army and the police no longer inspire fear. The Islamists are obliged to search for allies, as they control neither the army nor the religious sphere. It is interesting to consider the precise nature of this authoritarian turn because it bears little resemblance to the “Islamic revolution” often associated with the Muslim Brotherhood in Egypt and al-Nahda, the Renaissance Party, in Tunisia. The electoral and social base of the Egyptian regime is not revolutionary. Morsi’s economic model is neoliberal: he is surrounded by “Chicago boys” who swear by the free market. Wider stage

The Future of DMT Research 8th March 2016 By Luke Sumpter Guest Writer for Wake Up World N-dimethlytryptamine, or DMT, is a psychedelic tryptamine that is structurally similar to serotonin. In 1990 Dr. The book raised just as many questions as it offered answers, antagonizing the philosophical and scientific arenas of human consciousness, perception and even dabbling in the realms of alien abduction and dark matter. I spoke to Dr. Luke Sumpter: Dr Strassman, you work at the University of New Mexico is the most detailed DMT research in existence. Dr. Positing a spectrum of inner/outer in this regard, one may be seeing only a reflection of one’s own mind-brain complex in the DMT visions at one end, and at the other, apprehending previously invisible but objectively real and freestanding alternate levels of reality. Luke Sumpter: Based upon these conclusions, how do you envision the future of DMT research? Dr. Luke Sumpter: Do you regard DMT might harbor a clinical and therapeutic potential? Dr. Dr. Dr. Dr. Dr. Dr.

School of Public Health » HSPH News » Impact of fluoride on neurological development in children July 25, 2012 — For years health experts have been unable to agree on whether fluoride in the drinking water may be toxic to the developing human brain. Extremely high levels of fluoride are known to cause neurotoxicity in adults, and negative impacts on memory and learning have been reported in rodent studies, but little is known about the substance’s impact on children’s neurodevelopment. In a meta-analysis, researchers from Harvard School of Public Health (HSPH) and China Medical University in Shenyang for the first time combined 27 studies and found strong indications that fluoride may adversely affect cognitive development in children. The study was published online in Environmental Health Perspectives on July 20, 2012. The researchers conducted a systematic review of studies, almost all of which are from China where risks from fluoride are well-established. “Fluoride seems to fit in with lead, mercury, and other poisons that cause chemical brain drain,” Grandjean says.

Valium Is Killing Scotland's Drug-Taking Poor One filthy grey evening in February, I meet Jack and his friends in a dank bar near The Cowgate. Strewn with broken glass and smattered with the acrid remnants of stomach bile, red cabbage and whatever else made up that particular meal before it found its way on to the street, this delightful area of Edinburgh is known to locals as "The Street of Shame". That's maybe because, despite being very pleasant during the day, come evening it's flooded by hordes of lads on tour, bedraggled students in fancy dress and cackling hen parties, who swarm towards the cheap bars on this side of the city, leaving streams of vomit running in their wake. Jack begins by telling me about the evils of methadone and the legend of how it came to Britain, care of German chemists, American soldiers and Adolf Hitler himself. In the last days of the Second World War, Hitler relied on amphetamine to stay awake and, according to urban legend, then took methadone to help him sleep. Watch – Swansea Love Story

Washington State Medical Marijuana Availability Could Jinx Recreational Pot Market By Jonathan Kaminsky OLYMPIA, Washington, May 15 (Reuters) - Key officials helping to create Washington state's potentially lucrative recreational pot market say its success may hinge on preventing consumers from choosing to get high on readily available medical cannabis because of low and sometimes nonexistent taxes on it. The officials say it may be necessary to raise taxes or impose more stringent rules on medical pot to avoid undercutting the new recreational market and the tax dollars it is expected to inject into state coffers. Many "patients," they say, are in reality heavy recreational users who fake or exploit their maladies. The idea of changing the rules for medical marijuana alarms some patients and providers of the drug as medicine. Under current state law, a range of medical professionals, including naturopaths and even some nurses can recommend marijuana for health problems ranging from cancer to persistent pain. Brian E. Such talk horrifies many medical marijuana providers.