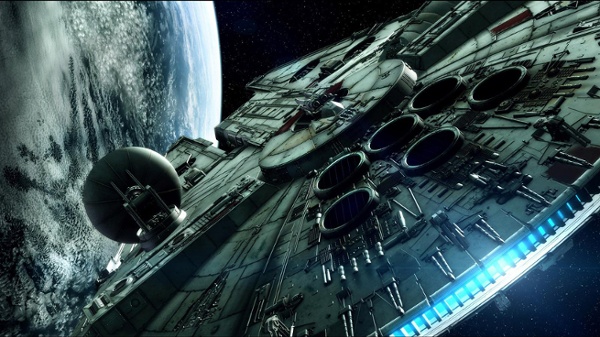 Daniel Graffenberger Daniel Graffenberger is a concept artist and illustrator currently located in Berlin, Germany. His online portfolio includes concepts and illustrations of futuristic military airships, tanks, armor mechs and weapons. Link: talros.deviantart.com Astronaut Andre Kuipers Shares Stunning Images of Earth from Space EmailEmail In space, 28,000 km/h, 400 km above Earth, Dutch astronaut and physician Andre Kuipers is currently on a 191-days research mission at the International Space Station. Lately, he’s been sharing with the world some of the most amazing views of our beloved home planet up from his perspective. Don’t feel surprised to know that the breathtaking imagery is shot using only his Nikon D3S and not a sophisticated satellite photo-snapping device. The spectacular views of the universe’s constant activity and the spectrum of colors it offers is absolutely magnificent.

15 awesome illustrators you should know is really impressive to see how many talented illustrators there are out there, sharing their work on the Internet. For your inspiration, I have compiled a list of 15 illustrators that rock. 1. Tang Yau Hoong 2. Iain MacArthur 3. 4. 5. 6. 7. 8. 9. 10. 11. 12. 13. 14. 15. Breathtaking views of an alien world: Panoramas made from pictures sent back by Curiosity show how it might look to stand on the surface of Mars Images of Mars have been stitched together by amateur enthusiastsThey show the vista as seen by Curiosity as it trundles about in the planet's Gale CraterScientists have found chemical make-up of the Martian rock is the same as ones found in Hawaii and St. Helena By Kerry Mcqueeney and Damien Gayle Published: 16:13 GMT, 12 October 2012 | Updated: 18:37 GMT, 12 October 2012 If you've ever wondered what it's like to stand on the surface of an alien world, drink in these breathtaking pictures of the surface of Mars. These incredible panoramas have been stitched together by amateur enthusiasts from images sent back from the Red Planet by Nasa's Curiosity rover. The interplanetary probe is currently investigating the Gale Crater, which sits just south of the Martian equator. Scroll down for video The surface of an alien world: This breathtaking panoramic image was stitched together by Stuart Atkinson from photos received by Nasa yesterday Click here for the full, hi-res panoramic version.

Solo lizzystewartillustration: “Hard Wood and Heavy Water” an exhibition Jaguar Shoes32-34 Kingsland Road, Shoreditch, London E2 8DAPV: 30th January 2014. 7pm till late31st January – 16th March 2014.This is my first solo show in London. You can read about it here. lizzystewartillustration: Myself and Eleni Kalorkoti chat about work we’ve made, work we like and work we don’t.

- StumbleUpon Pin Ups - Antes e Depois | Pristina.org | Everything Design Algumas fotos que ajudaram na criação de todos aqueles desenhos de Pin-Ups que vocês tanto gostam. Aqui dá para ver o Antes e Depois dessas ilustrações de um jeito bem legal. Veja mais no: pin ups before and after – Imgur via Quipsologies: Vol. 52 | No. 50 Comentários décor (La Fenice) la petite fille aux allumettes (1845) Infographic: Data Deluge - 8 Zettabytes of Data by 2015 If you think there's a lot of demand for data storage now, you better brace yourself. According to projections pulled together by CenturyLink, we're in for a deluge of big data. By 2015, CenturyLink says that we'll see a four-fold increase in data being created and replicated. This year, CenturyLink projects that 1.8 zettabytes of data will be created. By 2015, the projection is 7.9 zettabytes. The biggest contributor to all this data is video, which is expected to be 50% of consumer Internet traffic by the end of 2012. The funny thing about data creation is that users aren't even aware of a lot of the data they produce. All of that data has to go somewhere, and even though the cost per GB has dropped (until recently) to one-sixth of what it was in 2005, the capital expenditures for handling data has grown by 50% in the same time. Naturally, enterprises hold most of the data, whether it's created by consumers or by knowledge workers on company time.