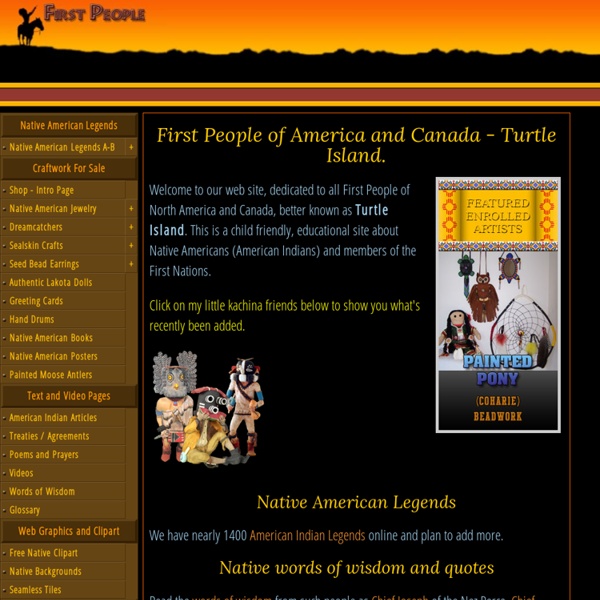 It Happened Today – June 16 Born this day: Tupac Shakur Stan Laurel Joan Van Ark, 71 1890: Comedian Stan Laurel 1907: Actor Jack Albertson 1917: Publisher Katharine Graham 1938: Author Joyce Carol Oates, 76 1943: Actress Joan Van Ark, 71 1951: Boxer Roberto Durán, 63 1955: Actress Laurie Metcalf, 59 1971: Rapper Tupac Shakur Talk of the day: Anne Frank: Diary of a Young Girl 1903: The Ford Motor Company is incorporated. 1952: Anne Frank: Diary of a Young Girl is published in the United States. Gone this day: Brian Piccolo, 26 1939: Drummer Chick Webb, 34 1970: Football player Brian Piccolo, 26 News | Ancient Origins Flail In Latin there was a word that stood for 'a winnowing tool' or 'whip'. It was flagellum (which was, itself, a diminutive, or more concise, form of the word: flagrum: 'to whip'). Some sources give the origin of the Latin as a Proto-Indo-European word: bhlag, which signified 'to beat'. The flail was a tool used to separate useful grain seeds from husks and other unusable parts of the wheat or rye plant. The flexible connection between the two poles being the leather strip or hemp rope, the swingle could be swung in any direction. The job of threshing was performed on a dirt floor in a barn. The photos attached to this post show a flail from the 1800s.

West Coast | Lana Del Rey Videos, Lyrics, Full Albums & Bios Pictures, News Photos, Picture Slideshows & More | Reuters.com Regimen Sanitatis Salernitanum - A Salernitan Regimen of Health A Salernitan Regimen of Health The Regimen Sanitatis Salernitanum is one of the most popular poems in the history of both medicine and literature. Written sometime during the twelfth or thirteenth centuries, there have been over 100 manuscript versions and approximately 300 printed editions. René Moreau, a seventeenth century analyst of the Regimen, believed that Robert, son of William the Conqueror, was a patient at the Salerno school. Various editions and versions of the Regimen were circulated throughout Europe, many with commentaries that added or removed material from the original poem. Use three doctors still, first Dr. The poem itself became known as a highly revered and scholarly medical work and was still seriously discussed up until the nineteenth century. Page One | Page Two | Page Three | Page Four | Page Five | Page Six | Page Seven | Page Eight | Page Nine | Page Ten | Page Eleven | Page Twelve | Page Thirteen | Page Fourteen | Page Fifteen | Page Sixteen | Page Seventeen

Who Invented Yoga? History has always been important to me: history keeps me connected and history gives me perspective. But history can also be complex and confusing. How old are our asanas or meditation practices? Answer: it depends, because there are so many expressions and schools of yoga. What was the social condition of India like during Buddha’s time? Answer: turbulent, because Buddha and many others were fed up with the prevailing Vedic/Hindu practices at the time: horse sacrifices, widow burning, the caste system. Which philosophical system influenced Patanjali’s Yoga Sutras as well as Ayurveda the most? Answer: Samkhya, the world’s oldest philosophical system, developed by Kapila, perhaps as early as 1500 years before the birth of Christ. But how old is our asana practice? Many of the asanas practiced in today’s yoga studios are no more than about 80 years old. But yoga is more than just a set of East-West fitness poses. There is now genetic evidence the Aryans migrated to India about 5000 BCE.

Science Space Photo of the Day | Wired Science When the lamp is shattered, The light in the dust lies dead. When the cloud is scattered, The rainbow's glory is shed. These words, which open Shelley’s poem "When the Lamp is Shattered," employ visions of nature to symbolize life in decay and rebirth. It's as if he had somehow foreseen the creation of this new Gemini Legacy image, and penned a caption for it. What Gemini has captured is nothing short of poetry in motion: the colorful and dramatic tale of a life-and-death struggle between two galaxies interacting. Polar-ring galaxies are peculiar objects. Models of how polar-ring galaxies form offer two general formation scenarios: 1) a piercing merger between two galaxies aligned roughly at right angles, or 2) when the host galaxy tidally strips material from a passing gas-rich spiral and strews it into a ring. Born of Violence NGC 660’s polar ring resolves into hundreds of objects, a considerable part of which are blue and red supergiant stars. Weighing the Evidence Life from Death?

2,000-Year-Old Mosaics Uncovered In Turkey Before Being Lost To Flooding We usually write about new contemporary artists at Bored Panda, but these fascinating discoveries recently made by a team of archeologists in the Turkish city of Zeugma has given us the opportunity to witness the unveiling of Greek and Roman art that hasn’t been seen in thousands of years. The site caught the attention of the international archaeological community when it was threatened by flooding due to the construction of a nearby dam in southern Turkey in 2000. When a team of archaeologists led by Professor Kutalmış Görkay of Ankara University began excavating, they found stunning and well-preserved glass mosaics rich with color. Read on for more information about this fascinating find! More info: zeugma.packhum.org | archaeology.org (h/t: mymodernmet) These stunning 2000-year-old mosaics were uncovered by archaeologists in the Turkish city of Zeugma Rich mosaics like these decorated people’s homes with characters from ancient Greek mythology

Image Gallery Martian Rock and Dust Filling Studied with Laser and Camera Scientists used the Chemistry and Camera (ChemCam) instrument on NASA's Curiosity Mars rover in June 2014 to examine a Martian rock "shell" about one inch (two to three centimeters) across, embedded in fine-grained bedrock and with a dust-filled hollow interior. This graphic combines an image of the target, called "Winnipesaukee," with spectrographic results from using ChemCam's laser on a row of points including the rock, the matrix around it and the material filling it. The image merges a high-resolution, black-and-white image from ChemCam's remote micro-imager and a color image form the telephoto-lens camera of Curiosity's Mast Camera (Mastcam). Analysis of spectra from the bedrock (black circles) identified high abundances of oxides of silicon, aluminum and sodium, typical of a feldspathic composition. Scientists are considering multiple hypotheses for how this hollow feature formed.

Discovering Ancient Egypt Here’s why the Mars Curiosity camera is so outdated When we first saw pictures from NASA’s Curosity mission to Mars, many of us asked, “That’s it?” Yes, the images weren’t as detailed as we wanted, but they were from another planet, so we happily gobbled them up. But why does the Mars rover feature paltry 2-megapixel sensors on its main imaging cameras? The decision stems from planning of the rover’s systems back in 2004, Malin Space Science Systems project manager Mike Ravine told Digital Photography Review. The planning team selected the 2-megapixel sensor on Curiosity for several reasons. First, it had to produce a reasonable amount of data for transmission back to Earth via a UHF transmitter. “We developed all four cameras around a common architecture, so the choice of sensor was hedged across all of them,” Ravine said. In light of advanced camera technology featured on today’s smartphones, Ravine seems slightly disappointed the images on Mars aren’t more breathtaking. You can view more photos from Curosity at NASA.gov.

What Can Bonobos Tell Us about Ourselves? When newspaper headlines recently screamed that both humans and chimpanzees are “natural born killers,” this was obviously hype. Not only were some articles accompanied by a picture of two playing chimps, with their mouths wide open the way apes laugh (which was mistaken for aggression), there was a much deeper flaw. The media frenzy was instigated by a Nature paper that reported 152 confirmed, inferred, or suspected killings among wild chimpanzees, mostly by males—and only one suspected killing among wild bonobos. Why was the second data point ignored? Is the peacefulness of a close relative not worth reporting on? The media were eager to follow Winston Churchill’s line, who long before he earned his reputation as a warrior wrote: “The story of the human race is War. No one denies our warrior potential, but Churchill may have gotten the interludes wrong. We simply don’t know. Not only are bonobos ignored, they are actively pushed out of the picture. Why was the bonobo overlooked?