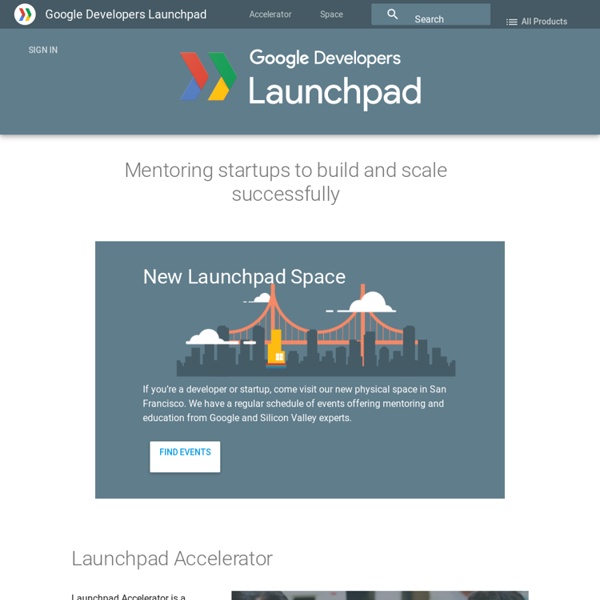 Using Google Charts - Google Charts Google Charts provides a perfect way to visualize data on your website. From simple line charts to complex hierarchical tree maps, the chart gallery provides a large number of ready-to-use chart types. The most common way to use Google Charts is with simple JavaScript that you embed in your web page. You load some Google Chart libraries, list the data to be charted, select options to customize your chart, and finally create a chart object with an id that you choose. That's all you need to get started. Charts are exposed as JavaScript classes, and Google Charts provides many chart types for you to use. All chart types are populated with data using the DataTable class, making it easy to switch between chart types as you experiment to find the ideal appearance. Our tools are constantly evolving to better address your needs; we depend on your feedback to help us prioritize which features to include.

Scrum Methodology & Agile Scrum Methodologies Using the browser API - Web API Interfaces Non-standard This feature is not on a current W3C standards track, but it is supported on the Firefox OS platform. Although implementations may change in the future and it is not supported widely across browsers, it is suitable for use in code dedicated to Firefox OS apps. Summary The HTML Browser API is an extension of the HTML <iframe> element that allows web apps to implement browsers or browser-like applications. This entails two major aspects: Make the iframe appear like a top-level browser window to the embedded content. In addition to that, it's also possible to express the notion that the embedded content is an Open Web App. Usage An <iframe> is turned into a browser frame by setting the mozbrowser attribute: In order to embed an Open Web App, the mozapp attribute must also be supplied, with the path to the app's manifest: At last the content of the <iframe> can be loaded in its own child process, separate to the page embedding this frame by using the remote attribute. Permissions

untitled BELATEDLY, Western politicians are waking up to the grave harm caused by mental illness. Justin Trudeau, Canada’s incoming prime minister, promises to spend more money on treating it (and on many other things besides). Before Britain’s general election in May, every plausible political party pledged to treat the mentally ill more generously. In America politicians look at a rash of mass shootings by deranged young men and draw the second-most-obvious conclusion: that psychological problems must be dealt with better. These are fine sentiments. But there is also a hard-nosed case to be made for spending more money on mental health—and particularly on research into mental illness. Shake the collection bucket Mental ill-health costs as much as 4% of GDP in lost productivity, disability benefits and health-care bills, according to the OECD, a think-tank. Yet spending on research into these conditions is paltry. Mental illness is often stigmatised.

Google Cloud Platform on GitHub Text query parser (Oracle Search - Technical Tips) Oracle Text provides a rich query syntax which enables powerful text searches. However, this syntax isn't intended for use by inexperienced end-users. If you provide a simple search box in your application, you probably want users to be able to type "Google-like" searches into the box, and have your application convert that into something that Oracle Text understands. Then there's the issue of scoring. To help with this, I've developed a query parser which will take queries in Google-like syntax, and convert them into Oracle Text queries. word : score will be improved if word exists +word : word must exist -word : word CANNOT exist "phrase words" : words treated as phrase (may be preceded by + or -) field:(expression) : find expression (which allows +,- and phrase as above) within "field". So for example if I searched for +"oracle text" query +syntax -ctxcatThen the results would have to contain the phrase "oracle text" and the word syntax. I am also uploading a test file "test.sql".

crypto-js - JavaScript implementations of standard and secure cryptographic algorithms CryptoJS is a growing collection of standard and secure cryptographic algorithms implemented in JavaScript using best practices and patterns. They are fast, and they have a consistent and simple interface. If you have a problem with CryptoJS, if you want to discuss new features, or if you want to contribute to the project, you can visit the CryptoJS discussion group. CryptoJS is a project that I enjoy and work on in my spare time, but unfortunately my 9-to-5 hasn't left me with as much free time as it used to. SHA-3! See the full ChangeLog. Hashers The Hasher Algorithms MD5 is a widely used hash function. <script src=" var hash = CryptoJS.MD5("Message");</script> The SHA hash functions were designed by the National Security Agency (NSA). SHA-256 is one of the four variants in the SHA-2 set. NOTE: I made a mistake when I named this implementation SHA-3. Ciphers

MessageEncryption - lidgren-network-gen3 - Encrypting and decrypting messages - Lidgren networking library generation 3 Messages can be encrypted using the Xtea, or other algorithms. This is done like this: INetEncryption algo = new NetXtea("TopSecret"); NetOutgoingMessage msg = client.CreateMessage();msg.Write("Some content");msg.Write(42);msg.Encrypt(algo); Notice that encryption must be done last and that after encryption no more data should be written to the message. Decrypting the message on arrival is done like this: incomingMessage.Decrypt(algo); The algorithm instance can be reused over the application lifetime, but it is not thread safe; so you'll have to create an instance per thread if you're encrypting/decrypting on more than one thread. Note that this feature does not concern itself with synchronizing the password between hosts and it only encrypts the content of the message, not message headers. Currently Xtea, AES, DES, Triple DES, RC2 and a simple XOR algorithm are implemented; it's easy to extend; any class implementing the INetEncryption can be used.

Algorithms – Inside Search – Google There are many components to the search process and the results page, and we’re constantly updating our technologies and systems to deliver better results. Many of these changes involve exciting new innovations, such as the Knowledge Graph or Google Instant. There are other important systems that we constantly tune and refine. Answers Displays immediate answers and information for things such as the weather, sports scores and quick facts. Autocomplete Predicts what you might be searching for. Books Finds results out of millions of books, including previews and text, from libraries and publishers worldwide. Freshness Shows the latest news and information. Google Instant Displays immediate results as you type. Images Shows you image-based results with thumbnails so you can decide which page to visit from just a glance. Indexing Uses systems for collecting and storing documents on the web. Knowledge Graph Mobile News Includes results from online newspapers and blogs from around the world. Refinements

Mercurial SCM Mercurial is a free, distributed source control management tool. It offers you the power to efficiently handle projects of any size while using an intuitive interface. It is easy to use and hard to break, making it ideal for anyone working with versioned files. Distributed architecture Traditional version control systems such as Subversion are typical client-server architectures with a central server to store the revisions of a project. Fast Mercurials implementation and data structures are designed to be fast. Platform independent Mercurial was written with platform independence in mind. Extensible The functionality of Mercurial can be increased with extensions, either by activating the official ones which are shipped with Mercurial or downloading some from the wiki or by writing your own. Easy to use Mercurial sports a consistent command set in which most subversion users feel right at home. Open Source Similar projects Mercurial is used for version control of files. The Website

About - Git Branching and Merging The Git feature that really makes it stand apart from nearly every other SCM out there is its branching model. Git allows and encourages you to have multiple local branches that can be entirely independent of each other. The creation, merging, and deletion of those lines of development takes seconds. This means that you can do things like: Frictionless Context Switching. Notably, when you push to a remote repository, you do not have to push all of your branches. There are ways to accomplish some of this with other systems, but the work involved is much more difficult and error-prone. Small and Fast Git is fast. Git was built to work on the Linux kernel, meaning that it has had to effectively handle large repositories from day one. Benchmarks Let's see how common operations stack up against Subversion, a common centralized version control system that is similar to CVS or Perforce. For testing, large AWS instances were set up in the same availability zone. Distributed