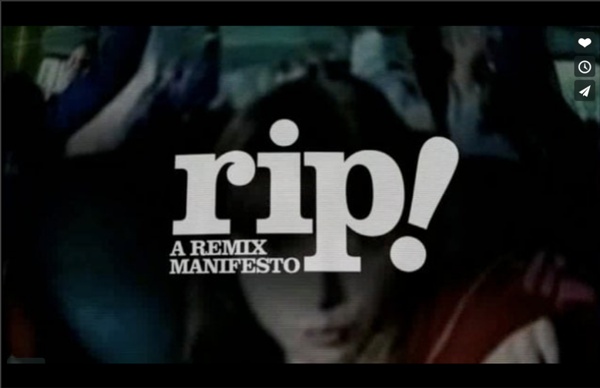 How to Get Yourself to Practice When You Don’t Feel Like It 46 4Share Synopsis Not in the mood to practice or study? Here's a technique to try when your inner drive is nowhere to be found. You know those days when you soooo do not want to practice (or study, work, or do anything remotely productive)? Where you sort of putz around the house looking for an excuse to do almost anything else? On the plus side, I suppose those are the days when the refrigerator gets cleaned out and the bathroom cabinets get organized, but those things don’t leave us feeling especially great about ourselves at the end of the day. Yes, that inner drive sure is nice when it’s there, on those days when we feel the motivation to develop our skills, learn new repertoire, or prepare for an upcoming performance or exam. And sure, there is something to be said for having a non-negotiable daily routine. It’s called the “resumptive drive.” What’s this all about? Waiters and memory The resumptive drive Then they were given five minutes to solve the last three puzzles. But wait!

10 Badass Girl Team Movies First, we have new videos from The Runaways! More anticipation! Firstly, about the Cherry Bomb music video, Vulture says that “while [Dakota Fanning] doesn’t seem uncomfortable in her skin, exactly, there’s a vulnerability to her red-lit motions toward brazenness — especially during the “Hello, Dad; hello, Mom” parts — that gives us a pang of parental panic. A pang of “Hannah Dakota Fanning! Also, E! So here we have a new featurette and seven clips from The Runaways. Although the promise of girl-on-girl action draws us to this flick like bees to honey (you know all about that right, like the circle of life or whatever) it’s also ’cause we like to see girls IN ACTION. We’re not speaking of the shopping/romance flicks where the woman wins for standing up to her philandering husband after Eva Mendes stole him at Bloomingdales. See there are always movies about groups of guys getting together and changing the world. 10 Badass Girl Power Films 10. 9. 8. 7. 6. 5. 4. 3. 2. 1.

Q&A with Cindy Gallop: Tackling porn, feminism and big dreams Advertising whiz Cindy Gallop delivered one of the most talked-about talks at TED2009, so before it was posted the TED Blog had to snag her for an interview. Spirited as usual, she did not disappoint. Keep reading for answers on what people thought of MakeLoveNotPorn.com, Gallop’s bold position on feminism, her new project IfWeRanTheWorld and the story of her success. What sort of feedback have you gotten on MakeLoveNotPorn.com? What do people think of it? What MakeLoveNotPorn has in common with my other ventures is that when I encounter something that I feel very strongly about, I do something about it. As I make clear in my talk, MakeLoveNotPorn is designed to address an issue that would never have crossed my mind if I had not encountered it within my personal life and specifically, because I date younger men who tend to be in their twenties, who are part of Generation Y. I will say that I was extremely nervous before I gave my TEDTalk, and I was nervous for two reasons. So I did.

The Series Project: Puppet Master | Three Cheers for Darkened Years! The Series Project: Puppet Master Film article by: Witney Seibold Charles Band, the head honcho of Full Moon Entertainment – that once-ubiquitous straight-to-video entity that reigned supreme during the VHS era, and still has considerable cultural clout in my own fevered brain – I suspect, used to have childhood nightmares about toys, dolls, or other diminutive monsters. How else to explain his habit of producing, or otherwise being involved in the production of, literally dozens of horror films featuring toys, dolls and other wicked homunculi? Amongst his repertoire are such classics as “Dolls,” “Blood Dolls,” “Dollman,” “Demonic Toys,” “Dollman vs. Demonic Toys,” “Shrunken Heads,” the first two “Ghoulies” movies, “Hideous!” A slight aside: Looking over Charles Band’s filmography on the Internet Movie Database proves that Band is largely responsible for most of the wonderful, trashy genre films I saw growing up. Without further ado, here is a rundown on “Puppet Master.” Series Overview

Why teaching is 'not like making motorcars' Teacher: Education is broken Educator says the school system is broken and must focus on individualsSir Ken Robinson: Schools today work like factoriesRobinson: "The problem is that educating young people is not like making motorcars"Comments came in an interview after the recent TED Conference (CNN) -- Sir Ken Robinson says our education system works like a factory. It's based on models of mass production and conformity that actually prevent kids from finding their passions and succeeding, he said. "The problem is that educating young people is not like making motorcars -- at all," the author and educator said in a recent interview. "And one key difference is that motorcars have no interest in how they're made, and young people do." Robinson, author of "The Element: How Finding Your Passion Changes Everything," spoke to CNN after a recent lecture at the TED Conference in Long Beach, California. Watch a 2006 "TED talk" with Ken Robinson "We can't just improve [schools]," he said.

Wild Realm Reviews: Puppet Master 1 The primary puppets of the Puppetmaster film series are Blade the slasher, Jester the evil medieval clown, Pinhead the tiny-headed thug, Tunneler with his drill head, & Leech Woman who vomits leeches, plus Six Shooter who became an important addition as of the third film.More puppets are added throughout the series, most appearing only once each, not counting the lamentable "clips" episode Puppet Master 8: The Legacy (2003). Additional puppets who had two appearances each were the Egyptian Goblin, Decapitron, Torch, & Mephisto.As an ad hoc series that seems never to have had an overriding vision behind it, Full Moon Productions couldn't even decide on one word or two for Puppet Master or Puppetmaster, their own promotions going back & forth.So too some later films had subtitles, some had only numbers, & some had subtitles once or twice but not religiously used on the great variety of packages & formats in multiple releases over the years.

Hilarious Black Dude Answers White People's Most Burning Questions Ten Inspiring Blogs That Everyone Should See It isn’t always easy to find inspiration. Maybe you want to spend a few more minutes, maybe an hour, under the covers in bed rather than go for a morning jog. What’s the point? Or you have a feeling of hopelessness that you won’t do well at the upcoming interview for the job you have wanted for a long time. Life can be a challenge as there are a variety of factors and roadblocks in the way both mentally and physically. 1. After losing his leg due to a bomb during a deployment to Afghanistan with the U.S. 2. There are people in the world who strive to do something every day to make the world a little bit better, at the very least more bearable. 3. Chris Guillebeau focuses on the pursuit of a person reaching their full potential by being an extraordinary person in everyday life. 4. Magnus Marak is a former teacher who writes about how people can get more done in less time while living the type of life that is rich in more ways than just financial wealth. 5. 6. 7. 8. 9. 10.

Mike Mills « Pretty Cool People Interviews Imagine that. Bumping into a famous music video director somewhere where you least expect it. And you just happened to be there with a crew to shoot an interview. Mike’s eyes twinkle as he gazes on down on the skating kids in the indoor park. Mike is part of a generation of directors that emerged in the ninetees including Spike Jonze, Roman and Sophia Coppola, Michel Gondry and their peers. Mike exploded onto the international scene with his original music promos for the French band AIR’s first album. As a graphic designer, music video and film director, Mike continues to innovate himself, churning out new and inspired stuff all the time, no matter what medium he works in. mikemillsweb.com Pretty Cool Crew: Commissioning Editor for SubmarineChannel: Geert van de Wetering, Interview: Sarah Domogala, Camera/Sound: Daniel Bouquet, Editing: Paul de Heer and Geert van de Wetering.