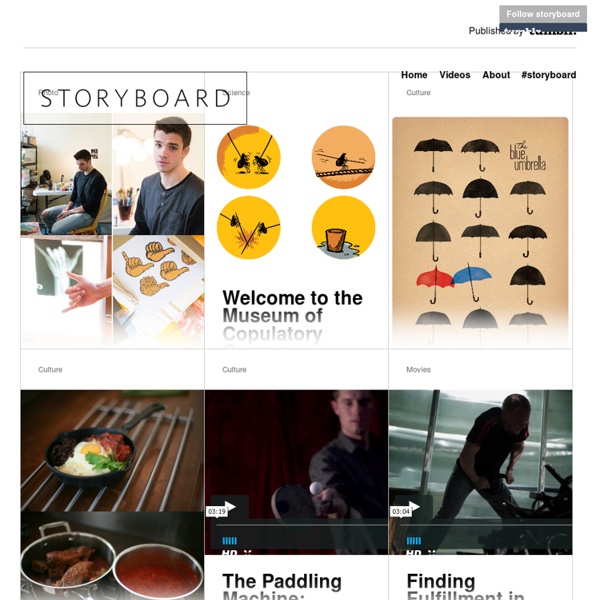 Of the thousands and thousands of micro-cultures extant today, the pursuit of bending things is a particularly niche obsession. This is the world of Bending Steel, which follows the personal journey of Chris Schoeck as he tries to find path forward to improving his body, mind, and spirit. He locates this path via the traditions of the vaudeville strongmen of Coney Island, who were known to bend nails, horseshoes, and steel bars with their hands, legs, necks, or even their hair and teeth. As Schoeck trains and challenges himself to bend, he finds a family of sorts among other would-be strongmen – the kind of kinship and validation that had eluded him for his entire life. – Chris Mohney

Why Publishers Don't Like Apps By the time Apple released the iPad in April of 2010, only four months after Steve Jobs first announced his “magical and revolutionary” new machines, traditional publishers were gripped by a collective delusion. They had convinced themselves that tablet computers and smart phones would allow them to unwind their unhappy histories with the Internet. For publishers whose businesses had evolved during the long day of print newspapers and magazines, the expansion of the Internet was terribly disorienting. Things Reviewed:Technology Review iPad app version 2.0 The Daily iPad-only newspaper Financial Times html5 website www.ft.com Smart phones and tablets seemed to promise a return to simpler days. For traditional publishers, the scheme was alluring. Publishers also expected to revive the old print advertising economy. People lost their heads. Unpacked in this fashion, the delusion is clear enough, but I succumbed myself—at least a little. We launched the platforms in January of 2011.

Art More than 400 invited guests attended the opening event of The Art Hunter in Sydney on Tuesday night. The Art Hunter launch is a collaboration between The Cool Hunter and Jaguar, and the opening night was also the Australian debut of the spectacular Jaguar C-X17 concept car. To present The Art Hunter, we engaged our dream team of collaborators, led by the incomparable Natalie Longeon, Peter Pengly and Phil Barker from The Artistry (they designed and executed our Summer Lovers store as well), to transform a 500 m2 warehouse in Alexandria into a genuinely exciting, temporary three-week art exhibition experience. The Art Hunter is not a white-walled space where you quietly walk past pieces of art. Every one of the seven exhibit spaces has its own unique theme in addition to having its own wall and floor texture and colour. The 3D Wallpanels in this space, for example, provide the background for the stunning, exclusive-to-The-Art-Hunter artwork of CJ Hendry in her first-ever public show.

Humans of New York Stephane Levallois Les (Really) Miserables - I dreamed a dream UK Lectures! - The UK Lectures at St. Andrews, Warwick, Cambridge and Queen Mary were a success! Thanks to everyone who came out, it was great to meet you! More info here! New shirt! Order it here Need a last minute gift? Click Here! THESIS FUEL MUG BACK IN STOCK! Now shipping! 2014 PHD Calendar - is here! The Best of PHD - I'm happy to announce that we'll be publishing a run of the "Best PHD Comics" on Tapastic! The feed will be curated by me (Jorge), and will feature behind-the-scene commentary on why each comic is special to me. Tapastic is a pretty cool platform for webcomics. PHD Lectures - I'll be speaking at Penn State and Washington College this Tuesday and Wednesday (9/17, 9/18)! GOOGLE+ - Hey, PHD Comics is now on Google+! Need a Graduation Gift? UK Spring Tour - Jorge will be speaking at 4 UK Universities April 15-19!

3 Ways to Visualize Text with Infomous Now that artsy sites like Pinterest and Instagram are reaching critical mass, even writers need a way to make their stories pop. Recently, publishers like The Economist, The Washington Post, and Entertainment Weekly have turned to a text visualization tool called Infomous to give readers a fresh perspective on current events. Reminiscent of comic strip dialogue and brainstorming models, Infomous turns keywords from articles and Twitter feeds into clickable bubbles that link to other content within your site. The more often a word appears, the larger it looks in the cloud. 1. In August 2011, The Washington Post asked its readers to write about their struggles with unemployment to “show the real impact of joblessness” in America. Of the people who visited the “Help Wanted: Stories of Unemployment” page, 10.5% clicked on at least one word in the cloud and 50% of engaged users clicked through to an article, staying seven times longer than other readers. 2. 3.

ZergNet - Discover Interesting Articles Every David Lynch movie ranked - Eraserhead, Mulholland Drive, Blue Velvet From Eraserhead to Blue Velvet, we reassess every film from the master of the surreal. by Jeff McMahon Twenty years ago today, Twin Peaks ended with one of the most brutal unresolved cliffhangers in television history. We're still upset about it, so we're ranking all of David Lynch's film work from worst to best. 10. After establishing himself as one of the most uniquely stylish and idiosyncratic filmmakers of his generation, Lynch was awarded the Palme d'Or at Cannes for this bizarre, violent love story. 9. Lynch is at his best when following his muse into realms of nightmares and darkness. 8. George Lucas offered Lynch the director's chair on Return of the Jedi (imagine the Ewoks!) 7. Fire Walk With Me is probably the most-hated movie on this list. 6. The one title in the Venn-diagram intersection of "David Lynch films" and "Walt Disney Studios" is probably his least characteristic, a character-based road movie that also serves as a metaphor for the end of life's journey.

Bartkira - Ryan Humphrey About Contact/Links Colour Drawings Film John Carpenter Films Collaborations Bartkira Bartle Royale Machine Brave New World Zines Manatee short stories Posters The Bloody Chamber Sketchbook work (1) Sketchbook work (2) Sketchbook work (3) Sketchbook work (4) index A project where I mix The Simpsons with Akira. (9,759 views) Filed under illustration , comics , sketchbook Re:Sound Bottle One of the coolest object I’ve seen in 2013 so far is this. Re: Sound Bottle is an automatic remixing object that can record all given sounds and then automatically remix them into a music beat. Just pull the cork off the bottle, make or find some sounds to record, and this magical little bottle turns it into music! Though the bottle is simple to use, the technical insides of the design is insanely complex and relies heavily on software to handle the recording, storing, and playback of audio tracks and the model is still a prototype. The creater, Jun Fujiwara from Tama Art University comments: ”I felt something missing in the habitual use of music reproduction media, so I thought to create an interactive music medium that changes. With this seriously rad device I do believe we can!

3 frequent mistakes to be avoided during the creation of your digital publication 0inShare0inShare We often use this blog to give helpful tips and pointers for users of digital magazine software. We thought it might be useful to highlight some common mistakes that are made when creating these digital magazines and how to avoid them. Online digital versions have so many benefits for both your end reader and your business so make sure you avoid these mistakes in order to gain maximum effectiveness. 1. File size to high Is your online publication taking too long to load? The Image resolution controls the size of the zoomed-in pages that are created. These settings will determine the size of the digital edition and the speed at which pages are loaded. 2. Here is an example of how an online publication is listed in Google: Note that there are keywords present in the Page Title, a meaningful and useful page description that helps the searcher understand what the ebook is about and finally keywords in the url (taken from the name of the project folder.) 3. By 3D Issue

Cute Overload :D SIXTH FLOOR WALK-UP Back to top Transparency and the First Generation Faculty Member Submitted by syntaxfactory on February 19, 2013 - 11:15am I've been reflecting on my spectacularly unsuccessful ethos as a professional within my department. I'm saying "within my department" because I think that the ethos that carries me far enough in the field is one I'm thinking doesn't work well in a departmental context. And to be clear, I've been a faculty member in two departments, so I'm not complaining about my department; this is generalizable reflection across an "N" of "2." A colleague-friend once pointed out that I'm basically a puppy dog in my local professional interactions -- eager to be liked. Context: like many of my colleagues and friend in rhetorical studies, I am a first-gen student. Anyway, growing up, I recognized three things. (1) My ability to answer Jeopardy questions before anyone else in the family quickly went from being cute to being annoying. (2) Being smart was something my family could be proud of, but I could never be proud of it. 1. 2. 3. 1. 2. 3. --db

** Storyboard is a regular collection of features highlighting talented creators and their work, as found within and around the massively diverse Tumblr community. Produced by the Department of Editorial, by agnesdelmotte Sep 6