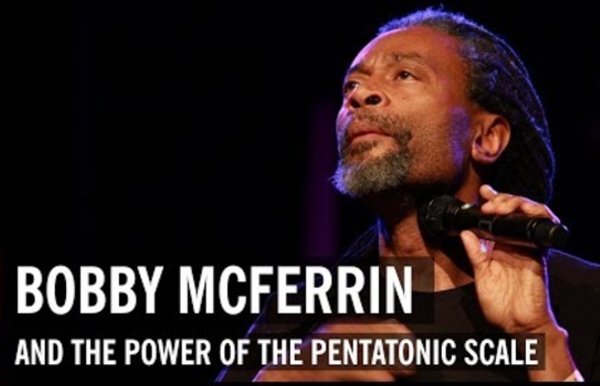 Related:  And Now for Something Completely Different-(No, M. Python at Amusements) • vittoriomusicmarket

How Animals Behave When We Aren’t Looking By Artist Julien Tabet Julien Tabet is a 21-year-old French artist who creates incredible photo manipulations of animals. He started creating his clever edits a little over a year ago and in this short time gathered a whopping 95k followers on Instagram. Although the artist does all of his work in Photoshop, he doesn’t believe software can be a passion. Guest Post: A Doctor on Transvaginal Ultrasounds A friend of mine is a physician who wants to speak about transvaginal ultrasounds but whose position makes it precarious to speak publicly about it. So I’m letting this doctor borrow my site for an entry to speak anonymously on the matter. Obviously, I will vouch for the doctor being a doctor and being qualified to speak on the subject. Update, 9:14pm: This post is being linked to far and wide, so we’re getting lots of new readers and commenters. It’s important that before you comment you read the site disclaimer and comment policy.

Careers in Music - Artist Management Companies For a new artist/band, the choice of a manager/management company is of crucial importance. You’ll want to be represented by someone with total belief in you and whom you can trust to deal with just about every aspect of your career outside actually writing the songs. A friend or fan may have the enthusiasm, but you’ll need someone with industry contacts or at least the confidence to look and act the part. If a person or company has been recommended to you, obviously that’s a good start. Otherwise, try to talk to as many different managers as you can until you get a feel for the one who seems like the best fit.

Symphony infuses sound into sculpture park DES MOINES, Iowa —The sculptures in downtown Des Moines are coming to life in a whole new way. "Symphony in Sculpture" is an effort by the Des Moines Symphony. It commissioned a composer to portray the John and Mary Pappajohn Sculpture Park through music. Music Director Joseph Giunta had composer Steve Heitzeg portray nine of the sculptures in sound. "My ultimate goal was to pick up on the energy of the sculptures and the artist's vision, and to try to honor these sculptures," said Heitzeg. Virtual Piano - Online Piano Keyboard Virtual piano is the perfect fit when you don’t have a real piano keyboard at home or if your piano or keyboard aren't located next to a computer. The online piano keyboard simulates a real piano keyboard with 88 keyboard keys (Only five octaves for mobile users), a sustain pedal, ABC or DoReMe letter notes representation, zoom in and a full screen mode. Use your computer mouse or keyboard to play the virtual piano keyboard (or the device touch screen for mobile users). You can view the corresponding computer keyboard letters by activating the ‘Keyboard Marks’ feature. For learning and playing your favorite songs, use OnlinePianist’s piano tutorial app.

Indian farmers fume at $430m cost of Gujarat statue Image copyright Getty Images On 31 October India will unveil the world's tallest statue, which has cost hundreds of millions of dollars. BBC Gujarati's Roxy Gagdekar spoke to local farmers who say they are aghast that the government has spent so much money on it while they struggle to make ends meet. Congressman Torn Between Meaningless Pledge To Anti-Tax Zealot, Well-Being Of Nation WASHINGTON—Amid ongoing negotiations in Congress over the looming “fiscal cliff,” Rep. Tom Reed (R-NY) told reporters Wednesday he is “completely torn” between his commitment to conservative activist Grover Norquist’s meaningless anti-tax pledge and the general welfare of the entire country. “On the one hand, you have a nonsensical promise to blindly oppose tax increases regardless of circumstances, but on the other, you have the well-being of more than 300 million people and the long-term stability of the entire U.S. economy,” said Reed, adding that he is “really stuck between a rock and a hard place” now that he must decide between his loyalty to a dogmatic political lobbyist and his responsibility to serve the best interests of his constituents. “At the end of the day, it’s a question of whether a nonbinding signature on an outdated and worthless pledge written 26 years ago is more important than preventing the nation from completely going to hell.

60 Powerful Social Issue Ads That'll Make You Stop And Think We’ve seen some great public service campaigns recently which made us wonder – why not do a post on the best ones in the last couple of years? We scoured the internet, filtered the not-so-great ones and came up with this list of 60 hard-hitting ads that deal with social, environmental, health and other issues. From ad school assignments to Cannes-winners, these powerful visuals do more than just spread the message. Your two senses' worth: 'Symphony in Sculpture' sequel Three years ago, the Twin Cities composer Steve Heitzeg answered the question: "Hey, what would that 'Nomade' sculpture sound like?" He wrote his "Symphony in Sculpture" about nine works in the Pappajohn Sculpture Park, as a special commission for the Des Moines Symphony's 75th season. And now he's written music about six more. The world premiere of his "Symphony in Sculpture II" will polish off the orchestra's season on May 23 and 24 at the Des Moines Civic Center, with another video projected above the stage.

1000 Years of Pretty Boys A print of a beautiful boy, in the style of bijin-ga, “beautiful-woman pictures” (Suzuki Harunobu, A Wakashu Looking at a Painting of Mt Fuji, c. 1650) If you’ve been exposed to any Japanese media, you’ve almost certainly come across the figure of the bishounen; beautiful, doe-eyed young men who smile radiantly from the covers of manga, anime, J-pop CDs, and popular movies. The credit (or blame) for the profusion of these prettyboys is usually laid at the feet of shoujo manga and the generations of fangirls raised on its sparkles-flowers-and-gaint-eyes esthetic. visual effects > photography > videography Full Moon Silhouettes is something that I’ve been wanting to capture for a over a year now. The video is a real time capture of the moon rising over the Mount Victoria Lookout in the capital city of Wellington, New Zealand. On the evening of the 28th January 2013, after a lot of planning and many failed attempts, I finally managed to pull it off. There were numerous factors I had to consider and get right to capture the footage. The weather, moon phases and finding a suitable location where I could actually get the moon rising directly over the lookout. Finally it all came together – I found the perfect location, and the weather in Wellington was amazing!