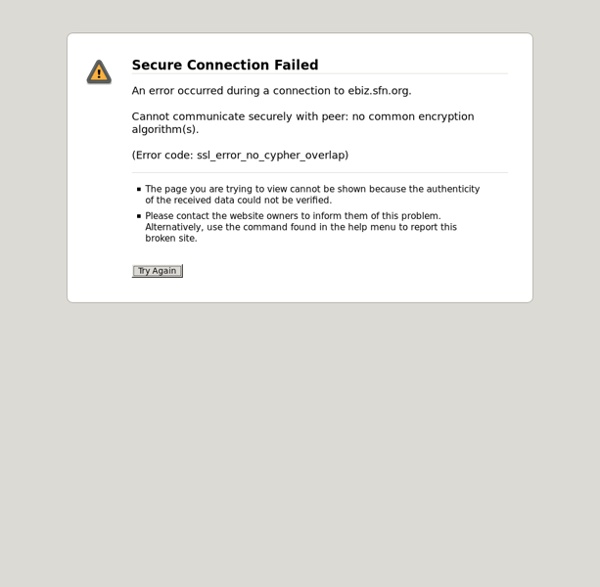 Words in English: Types of Word Formation Words in English public website Ling 216 course information Rice University Prof. S. Kemmer Compounding Compounding forms a word out of two or more root morphemes. The words are called compounds or compound words. Elon Musk: The World's Raddest Man This is Part 1 of a four-part series on Elon Musk’s companies. PDF and ebook options: We made a fancy PDF of this post for printing and offline viewing (see a preview here), and an ebook containing the whole four-part Elon Musk series: Last month, I got a surprising phone call. Elon Musk, for those unfamiliar, is the world’s raddest man. I’ll use this post to explore how he became a self-made billionaire and the real-life inspiration for Iron Man’s Tony Stark, but for the moment, I’ll let Richard Branson explain things briefly: Whatever skeptics have said can’t be done, Elon has gone out and made real.

Visual Processing: Eye and Retina (Section 2, Chapter 14) Neuroscience Online: An Electronic Textbook for the Neurosciences In this chapter you will learn about how the visual system initiates the processing of external stimuli. The chapter will familiarize you with measures of visual sensation by discussing the basis of form perception, visual acuity, visual field representation, binocular fusion, and depth perception. An important aspect is the regional differences in our visual perception: the central visual field is color-sensitive, has high acuity vision, operates at high levels of illumination whereas the periphery is more sensitive at low levels of illumination, is relatively color insensitive, and has poor visual acuity.

Learning Styles: Out of Fashion There is widespread belief among educators, as well as the general public, that providing instruction based on an individual's preferred learning style improves learning. That is, individuals with a visual learning style preference will comprehend better when they read rather than listen and, conversely, individuals with an auditory learning style preference will comprehend better when they listen rather than read. As a result of this belief, educators and professional development leaders spend time and resources assessing their students and developing instruction to specifically match each student's preferred learning style. In a critical review of the literature, Pashler, McDaniel, Rohrer, and Bjork (2008) concluded that there has been little empirical scientific research to support or negate the learning styles theory. They detailed the specific experimental design needed to investigate this theory empirically. Citations: Pashler, H., McDaniel, M., Rohrer, D., & Bjork, R. (2008).

Secrets From The Brains Of 13 Creative Geniuses In 1963, Nancy Andreasen was the first female tenure-tracked English professor at the University of Iowa. Soon after, her first book about the poet John Donne was accepted by a publisher. Her career was off to a smashing start, but she had a nagging feeling. "Who would this book help?" she couldn't stop herself from thinking. Vision - Theories - History - The Scientific Revolution - Dr Robert A. Hatch If the Scientific Revolution represents an historical shift in knowledge about the natural world, how we 'see' assumes a central place. Regardless of one's understanding of 'science,' claims to 'visual knowledge' represent a relation (or set of relations) between the 'world seen' and the 'world we see.' Throughout the Scientific Revolution these relations - between the observer, medium, and visible object - were re-negotiated. Some things did not change. Old problems persisted (binocular vision; judging size, distance, shape) and rival theories continued to include conflicting aims and assumptions (mathematical, physical, psychological). But where early theorists tended to emphasize geometrical and formal accounts of vision new efforts focused on the visual effects of material theories of light.

Five essential tips for teaching very young children English Are you daunted by the prospect of teaching English to very young children? Sheona Gilmour, lead educator on our new online course for teachers and parents, offers a few tips. Teaching English to very young children can be challenging, especially if you haven't done any training for the early years classroom. The first time I walked into a kindergarten, I didn’t want to go back the next day. I came from a background of teaching older children, who sat at desks and whose attention I could hold more easily. So the new environment, full of young children with much shorter attention spans, felt overwhelming. Object moved Thus, the visual process begins by comparing the amount of light striking any small region of the retina with the amount of surrounding light. Visual information from the retina is relayed through the lateral geniculate nucleus of the thalamus to the primary visual cortex — a thin sheet of tissue (less than one-tenth of an inch thick), a bit larger than a half-dollar, which is located in the occipital lobe in the back of the brain. The primary visual cortex is densely packed with cells in many layers, just as the retina is. In its middle layer, which receives messages from the lateral geniculate nucleus, scientists have found responses similar to those seen in the retina and in lateral geniculate cells.

Observation, Assessment and Planning - Early Years Matters The EYFS Profile summarises and describes children’s attainment at the end of the EYFS. It is based on on-going observation and assessment in the three prime and four specific areas of learning, and the three learning characteristics, set out below: The prime areas of learning: • communication and language • physical development Stress Doesn't Cause Ulcers! Or, How To Win a Nobel Prize in One Easy Lesson: Barry Marshall on Being ... Right Not that long ago, Barry Marshall was an obscure physician studying the etiology of ulcers at a hospital in Perth, Australia — several thousand literal and figurative miles from the center of the medical universe. His work was unconventional, not to say heretical, and in 1986, he was invited to discuss it at a gastroenterology conference in the United States. His wife came along and, while doing some sightseeing, overheard a conversation among some other gastroenterologists' wives who happened to be sitting in front of her on a bus. "They were talking about this terrible person that they imported from Australia to speak," Marshall told me. "You know: 'How could they put such rubbish in the conference?'

This ‘Kindness Curriculum’ Is Free And Should Be Used In Every Classroom Imagine living in a world that valued kindness enough to teach it along with academics. Educators would teach kids to manage their emotions in addition to standard curriculum such as math and science. Sounds pretty amazing, doesn’t it? Well, the Center for Healthy Minds at the University of Wisconsin-Madison has created a free “kindness curriculum” for kids, designed to do just that. It’s a mindfulness-based curriculum for preschoolers that will bring kindness into the classroom. “Faced with mental and physical health challenges at a global scale, we conduct rigorous scientific research to bring new insights and tools aimed at improving the wellbeing of people of all backgrounds and ages,” states the Center’s mission statement.

Short Term Memory by Saul McLeod published 2009 Short-term memory (STM) is the second stage of the multi-store memory model proposed by the Atkinson-Shiffrin. The duration of STM seems to be between 15 and 30 seconds, and the capacity about 7 items. Short term memory has three key aspects: 1. limited capacity (only about 7 items can be stored at a time)

Related:
Related:  Vision, brain and cognitive sciences   -  CERVEAU & NEUROSCIENCES   -  `test 1021   -  Build Brain Power with these 21 Resources   -  Brain Facts and Figures   -  The Neuroscience of Emotions - YouTube   -  Brain Structures and Their Functions   -  30 Amazing Facts About Your Brain - A Daring Adventure   -  7 Ways to Enhance Focus, Creativity, Productivity and Performance | Psychology Today   -  THE BRAIN FROM TOP TO BOTTOM   -  What is the Self? - YouTube   -  MIT discovers the location of memories: Individual neurons   -  Researchers show that memories reside in specific brain cells | MIT News Office   -  Le cerveau à tous les niveaux   -  Welcome to Life: the singularity, ruined by lawyers - YouTube   -  Brain is not fully mature until 30s and 40s   -  Know Your Neurons: How to Classify Different Types of Neurons in the Brain’s Forest | Brainwaves, Scientific American Blog Network   -  Neuropsychology - Wikipedia, the free encyclopedia   -  In the Shadow of Hegel: How Does Thought Arise Out of Matter? | Postcards from Žižek | Big Think   -  CCIwp2011-04.pdf   -  First map of the human brain reveals a simple, grid-like structure between neurons | ExtremeTech   -  The Neuroscience of Creativity and Insight | Think Tank | Big Think   -  How to Rewire Your Brain to Be More Kind Toward Others   -  Amy Cuddy: Your body language shapes who you are - YouTube   -  3D Brain on the App Store   -  The Power of Music: Mind Control by Rhythmic Sound | Guest Blog, Scientific American Blog Network   -  Noam Chomsky on Where Artificial Intelligence Went Wrong   -  COLLECTIVE INTELLIGENCE | Edge.org   -  Neurological disorder MMF found to be caused by vaccines: scientific proof   -  The Philosophy of Neuroscience (Stanford Encyclopedia of Philosophy)