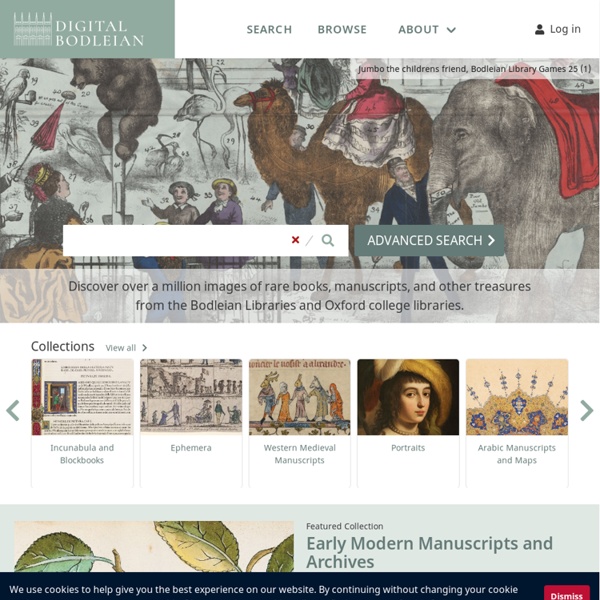 The Best Websites to Learn How to Write Code The best tutorials and websites where you can learn how to write code in PHP, JavaScript, HTML, CSS, Python and all the other popular programming languages. The Learn to Code movement has picked up momentum worldwide and that is actually a good thing as even basic programming skills can have a major impact. If you can teach yourself how to write code, you gain a competitive edge over your peers, you can think more algorithmically and thus can tackle problems more efficiently. Don’t just download the latest app, help redesign it.

Book titles with full text online "The 1688 Paradise Lost and Dr. Aldrich": Metropolitan Museum Journal, v. 6 (1972) Boorsch, Suzanne (1972) 20th-Century Art: A Resource for Educators Paul, Stella (1999) 82nd & Fifth The Metropolitan Museum of Art (2013) LIBRARIES OF FAMOUS MEN If there is one thing the great men of history have in common it’s this: books. They read, a lot. Theodore Roosevelt carried a dozen books with him on his perilous exploration of the River of Doubt (including the Stoics). Lincoln read everything he could get his hands on (often recording passages he liked on spare boards because he didn’t have paper). Open Content Program (The Getty) The Getty makes available, without charge, all available digital images to which the Getty holds the rights or that are in the public domain to be used for any purpose. No permission is required. For additional information please see the related press releases, as well as overviews of each phase of the program on The Getty Iris. Why Open Content? The Getty adopted the Open Content Program because we recognized the need to share images of works of art for free and without restriction, so that all those who create or appreciate art—scholars, artists, art lovers, and entrepreneurs—will have greater access to high-quality digital images for their studies and projects.

13 Google Search Tricks That Make Life A Whole Lot Easier You think you know how to Google? You don’t know how to Google. Even the most seasoned Googler might not know every tip and trick available with just a few extra keystrokes in the search bar. Consider this your instructions manual for the world’s most popular search engine. Ars Edendi - A Full Lectionary Project leader: Brian Møller Jensen Books used for the recitation of lessons in the Divine Office may appropriately be classified as liturgical texts. Although these naturally were very widespread in the Middle Ages, only a limited number of such manuscripts have been preserved, mostly in different local versions.

Smithsonian Digitizes & Lets You Download 40,000 Works of Asian and American Art Art lovers who visit my hometown of Washington, DC have an almost embarrassing wealth of opportunities to view art collections classical, Baroque, Renaissance, modern, postmodern, and otherwise through the Smithsonian’s network of museums. From the East and West Wings of the National Gallery, to the Hirshhorn, with its wondrous sculpture garden, to the American Art Museum and Renwick Gallery---I’ll admit, it can be a little overwhelming, and far too much to take in during a weekend jaunt, especially if you’ve got restless family in tow. (One can’t, after all, miss the Natural History or Air and Space Museums… or, you know… those monuments.) In all the bustle of a DC vacation, however, one collection tends to get overlooked, and it is one of my personal favorites—the Freer and Sackler Galleries, which house the Smithsonian’s unique collection of Asian art, including the James McNeill Whistler-decorated Peacock Room.

The Trump Resistance Plan: A Timeline – Russia and President Trump Of the Jan. 6, 2017, meeting, when Comey told Trump about the infamous Steele dossier, Trump said: “He shared it so that I would think he had it out there” as leverage against Trump. Of the Feb. 14, 2017, meeting, when Trump said he hoped Comey could see his way to “letting Flynn go,” Trump said: “He said I said ‘hope’ — ‘I hope you can treat Flynn good’ or something like that. I didn’t say anything. But even if he did — like I said at the news conference on the, you know, Rose Garden — even if I did, that’s not — other people go a step further. I could have ended that whole thing just by saying — they say it can’t be obstruction because you can say: ‘It’s ended. Internet History Sourcebooks Update Information 2006: In 2006 the Internet Medieval Sourcebooks and associated sourcebooks are undergoing a major overhaul to remove bad links and add more documents. 1. This project is both very large and fairly old in Internet terms. At the time it was instigated (1996), it was not clear that web sites [and the documents made available there] would often turn out to be transient.

Online portal to over 115,000 open-license images from the Bodleian Library collection by karenmalbon Oct 5