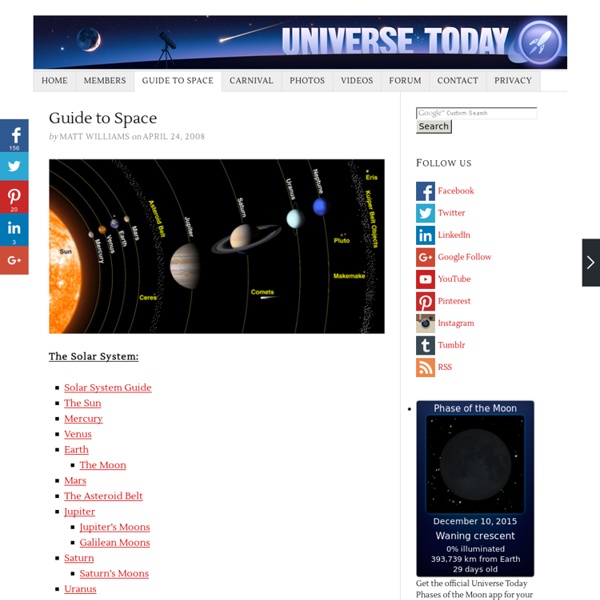 10 Best Channels for STEM Education on YouTube Was Formula 1 in your syllabus growing up? Probably not, but times are changing. As of this year, Formula 1 cars have made the grade, and will be appearing in public school curriculum. When you look at the speed and design of our racecars and their performance on the track, NASCAR represents a unique platform to teach math and science. Acceleration Nation isn’t alone in pushing for STEM education. Why Is STEM so Important? The STEM acronym breaks down into four disciplines: Science, Technology, Engineering, and Mathematics. STEM education prioritizes active sub-disciplines like astronomy, biochemistry, biomechanics, civil engineering, mathematical biology, nanotechnology, neurobiology, and robotics – to name just a few. We need to be raising the next generation of critical thinkers and innovators; more, we need motivated teachers who can connect the dots. But Why Is It so Critical? Reason #1 – For our children. It’s the technology age. Reason #2 – For the world. STEM is an American concept.

Night Sky Constellations Naming History | Skywatching There are 88 officially recognized constellations in the sky, and these astronomical patterns have a fascinating and long history. Forty-eight of the constellations are known as ancient or original, meaning they were talked about by the Greeks and probably by the Babylonians and still earlier peoples. After the 15th century, with the age of the great discoveries and worldwide navigation, the southernmost parts of the sky became known to man and had to be charted. Furthermore, across the entire sky were large gaps filled chiefly with dim stars between them. In more recent times people have invented the modern constellations to fill up some of these spaces. In our current evening sky, roughly between the bright star Capella and the Big Dipper’s bowl are two examples of modern constellations. The other is the Lynx, one of only two animal constellations with identical Latin and English names (the other is Phoenix). “I am very fond of cats," he said, explaining his choice.

Radio Waves from Brown Dwarf Discovered An artist's impression of a brown dwarf similar to J1047+21. Using the radio telescope at Arecibo, Puerto Rico, a team of astrophysicists from Penn State have discovered radio emissions from a brown dwarf in the constellation Leo. 33.6 light years away, this ultra-cool star, named J1047+21, is only 5 times hotter than Jupiter. Penn State astronomers using the world’s largest radio telescope, at Arecibo, Puerto Rico, have discovered flaring radio emissions from an ultra-cool star, not much warmer than the planet Jupiter, shattering the previous record for the lowest stellar temperature at which radio waves were detected. The team from Penn State’s Department of Astronomy and Astrophysics and the Center for Exoplanets and Habitable Worlds, led by Alex Wolszczan, the discoverer of the first planets ever found outside our solar system, has been using the giant 305-meter (1000-foot) telescope to look for radio signals from a class of objects known as brown dwarfs. Source: Penn State University

Electricity for kids - and everyone else: A simple introduction! Advertisement by Chris Woodford. Last updated: April 14, 2016. If you've ever sat watching a thunderstorm, with mighty lightning bolts darting down from the sky, you'll have some idea of the power of electricity. Electricity is the most versatile energy source that we have; it is also one of the newest: homes and businesses have been using it for not much more than a hundred years. What is electricity? Electricity is a type of energy that can build up in one place or flow from one place to another. Static electricity Static electricity often happens when you rub things together. Have you ever walked across a nylon rug or carpet and felt a slight tingling sensation? Lightning is also caused by static electricity. Photo: Lightning in South Lakewood, Colorado. How static electricity works Electricity is caused by electrons, the tiny particles that "orbit" around the edges of atoms, from which everything is made. Suppose you rub a balloon on your pullover over and over again. Electric circuits

Mystery over the giant cosmic explosion of 774AD, which has left absolutely no trace - except deep within the rings of two cedar trees By Eddie Wrenn Published: 12:10 GMT, 4 June 2012 | Updated: 16:39 GMT, 4 June 2012 The clues are in these rings: The rings capture microcosmic traces of particles in our skies - and tell us an explosion occurred It is a mystery which is truly beyond even Sherlockian scale - a cosmic explosion which left no trace behind except deep within the bark of two cedar trees. Fusa Miyake, of the Nagoya University in Japan, studied the growth rings of two trees dating back 1,200 years - and discovered that an explosion of epic proportions occurred between 774 and 775AD. But there is no record of something happening in our skies in that period - except perhaps for one tiny, obscure account by a 13th-century historian. The problem - and this is where we need to call in Mr Holmes of Baker Street - is that there should be a record. Carbon-14 forms when cosmic rays - generally caused by massive solar flares, or by supernovae - interact with nitrogen and oxygen in our atmosphere.

Science Lessons & Projects: Electricity & Magnetism Search form Search Subject: Physics/Electricity & Magnetism Aluminum-Air Battery Construct a simple battery that can power a light. Charge and Carry Store up an electric charge, then make sparks. Circles of Magnetism Make a magnetic field that's stronger than Earth's. Conductivity Meter Make a conductivity meter and let your electrolytes shine. Cup Speaker Make a speaker that turns changing electric current into sound. Curie Point When a piece of iron gets too hot, it loses its attraction to a magnet. Eddy Currents A magnet falls more slowly through a metallic tube than it does through a nonmetallic tube. Electrical Fleas Start your own electric flea circus. Electroscope Build an electroscope to detect electrical charge using straws. Flying Tinsel Use electrostatic repulsion to suspend tinsel in the air. Hand Battery Use your skin and different metals to create a battery. Indicating Electrolysis Break water into hydrogen and oxygen with a simple device. Pages Search Snacks Subjects More Contact Info Footer-visit2

Nasa NuStar telescope dropped from plane: Rocket powered device soars into space By Eddie Wrenn Published: 08:39 GMT, 13 June 2012 | Updated: 06:50 GMT, 14 June 2012 NASA has launched its latest X-ray space telescope on a two-year hunt for black holes lurking in the heart of the Milky Way and other galaxies. The telescope was launched by a rocket released from a carrier aircraft that took off from the remote Kwajalein Atoll, a horseshoe-shaped island in the middle of the Pacific Ocean. The telescope then separated from the rocket as planned and unfurled its solar panels as it orbited about 350 miles (563 kilometers) above the Earth. NASA chose to air-launch the mission because it's cheaper than rocketing off from a launch pad. Launching from a plane: NASA's NuSTAR satellite launched from a Pegasus rocket carried on an Orbital plane (previous launch pictured) Unfurling in space: The NuSTAR orbiting telescope, which uses high-energy X-ray vision to hunt for black holes in the universe, will begin operations after a week in space

15 Fun Science Activities for Kids We love fun science activities and science experiments. We have a whole list of fun ways to learn and explore today with your little scientist. These fantastic activities were inspired by Buggy and Buddy. 15 Fun Science Experiments for Kids 1. Build a bridge with two plastic cups and construction paper and test your hypothesis of how many pennies it can hold before the bridge collapses. 2. 3. 4. 5. 6. 7. 8. 9. 10. 11. 12. 13. 14. 15. Did you know? Our book, The 101 Coolest Simple Science Experiments, features tons of awesome activities just like this one that will keep your kids engaged while they learn. Science Kits These science kits make it simple and easy to start experimenting right away! Tasty Science Kit – Learn why soda pop fizzes and why cakes rise!

Can humanity cope with long-term space travel? Scans reveal damage to brains and eyes in astronauts MRI tests on travellers to International Space Station uncover effects on eyeballs and brain connectionsMission to Mars may not be possibleHumanity's ability to get to and settle on another planet may also be a non-runner By Eddie Wrenn Published: 10:57 GMT, 13 March 2012 | Updated: 16:20 GMT, 13 March 2012 Brain scans of NASA astronauts who have spent more than a month in space have revealed damage to their eyeballs and brain tissue. The research may have long-term implications for long-term space journeys, hypothetically preventing us from spreading through-out the solar system and beyond. Researchers used MRI scans to examine the eyes and brains of 27 astronauts, and found examples of brain damage caused by exposure to the micro-gravity of space. This ranged from a flattening and bulging of the eyeball to damage to the connections between the brain and the pituitary gland - one of the key glands governing bodily functions. The results, published in the journal Radiology, showed that:

Educating Scientists: 6 Science Websites for Kids and Teens | Blog Curiosity is an innate feature on which learning is based, and which, unfortunately, loses intensity and passion in many people as they become adults. Most school systems do not help at all to stimulate curiosity, quite the opposite: they bury it under the standardization, the tyranny of the curriculum and the acquisition of skills. Scientific thinking, asking questions, seeking explanation of the world around us is in our DNA. But ... does a 12 years old preteen have the curiosity and enthusiasm for learning of a 5 years old child? Fortunately, thanks to technology, today the acquisition of knowledge is not limited to school. We have plenty of ways to approach science and stimulate curiosity and the pursuit of knowledge in children and youth. I propose a selection of educational science websites, both in Spanish and English (and some in other languages) to wake up the young scientists who inhabit our children. Cernland (English and Spanish, among others) NASA's didactic web for children.

10 popular misconceptions about astronomy explained With the return of the brilliant planet Venus to our evening sky, I'm reminded of an amusing anecdote related by a good friend of mine, George Lovi, a well-known astronomy lecturer and author who passed away in 1993. One night, while running a public night at the Brooklyn College Observatory in New York, the telescope was pointed right at Venus, which was displaying a delicate crescent shape at the time. Yet, one student gazing through the telescope eyepiece stubbornly insisted that he was really looking at the moon. When George pointed out that the moon wasn't even in the sky, the student replied, "So what? That story got me thinking about a number of popular misconceptions in astronomy. 1. When an announcement is made through the news media about an upcoming meteor shower, it likely will conjure up visions in the minds of many of a sky filled with meteors pouring out of the sky like water from a hose. 2. Most definitely! 3. 4. No! 5. 6. 7. 8. It doesn't seem right, does it? 9. 10.

The Sourcebook for Teaching Science The Sourcebook for Teaching Science – Strategies, Activities, and Instructional Resources, provides new and experienced teachers a wealth of teaching strategies, resources, lessons, activities, and ideas to enhance the teaching and learning of physics, chemistry, biology, and the earth and space sciences. Resources are based on learning theory, and are designed to stimulate student interest and involvement. As students engage in the activities of this book, they develop higher order reasoning skills, and a deeper understanding of scientific concepts and their relevance to their everyday life. The Sourcebook for Teaching Science is designed to complement any secondary school science curriculum. Science teachers will find ready-to-use demonstrations, experiments, illustrations, games, puzzles, analogies, lessons, activities, and strategies, as well as explanations of how to adapt these for English learners and diverse student populations. Norman Herr, Ph.D. visitors - since February 2006