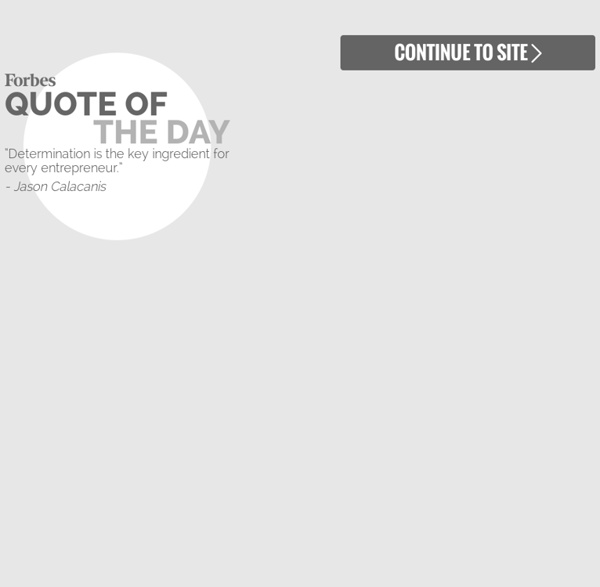 The 3 Tech Giants: Income Statements Compared « my digital nationalism You can tell a lot about a company by looking at its financials. The purpose of this post is to look at income statements of Apple, Google, and Facebook. And we try to point out any interesting similarities or differences between these companies, based on the numbers. Of course these 3 companies work in different industries and the numbers are not comparable to each other, but what I’m trying to do here is to get some feel of what the margins and cost structure of these giants are. (Apple and Google income statements are taken from the latest 10-k filing, and Facebook’s income statement is taken from their from S-1, with some formatting done by myself for comparison purposes.) So here they are, What can we learn from this? 1) Net Sales/Revenues, Apple currently makes way more money (net sales/revenues) than google and Facebook combined. 2) Gross Margins, In terms of gross margin however, Facebook is leading the pack with a 77% gross margin, while google is second at 65% and Apple at 40%.

The A/B Test: Inside the Technology That's Changing the Rules of Business | Epicenter Photo: Spencer Higgins; Illustration: Si Scott Dan Siroker helps companies discover tiny truths, but his story begins with a lie. It was November 2007 and Barack Obama, then a Democratic candidate for president, was at Google’s headquarters in Mountain View, California, to speak. At the talk, Obama fielded a facetious question from then-CEO Eric Schmidt: “What is the most efficient way to sort a million 32-bit integers?” At first he wasn’t sure how he could help. Over the past decade, the power of A/B testing has become an open secret of high-stakes web development. After joining the Obama campaign, Siroker used A/B to rethink the basic elements of the campaign website. Most shocking of all to Obama’s team was just how poorly their instincts served them during the test. A/B testing was a new insight in the realm of politics, but its use on the web dates back at least to the turn of the millennium. Due to a technical glitch, the experiment was a disaster.

Who Are the Top Retailers on Social Media? [INFOGRAPHIC] It's become practically mandatory that brands incorporate social media into their business strategy, causing retailers to compete for popularity in stores and on the Internet, too. Campalyst has provided this infographic, which covers the largest Internet retailers in the U.S., and their presence on the five key social networks: Facebook, Twitter, YouTube, Google+ and Pinterest. Victoria's Secret is the top retailer on Facebook, with nearly 18.5 million fans, followed by Walmart with about 15 million fans. On Twitter, Major League Baseball is the leading Internet retailer account with 1.9 followers. Retail channels on YouTube do not show numbers as large as the other social platforms. Pinterest is still relatively new to the social media game, which explains why its numbers are the lowest. SEE ALSO: 8 Strategies for Launching a Brand Presence on Pinterest The infographic also breaks down what retail industries are leading on each platform.

iPad E-Reading Market Share Stagnates as Tablet E-Reading Rises By Jeremy Greenfield, Editorial Director, Digital Book World, @JDGsaid Google is taking a bite out of Apple among consumers who read e-books. Two out of five e-book readers who choose a tablet as their primary reading device use an iPad; at the end of 2011, two-thirds of those e-book readers were using an iPad, roughly a 25 point drop, according to a new study from the Book Industry Study Group (BISG). About 10% of consumers who read e-books chose the iPad as their e-reading device of choice at the end of 2011 and in the most recent version of the BISG study. BISG, in partnership with Bowker Market Research, interviewed 1,000 e-book readers about their attitudes toward e-books and e-reading in February 2012 as part of the Consumer Attitudes Toward E-Book Reading study. Growth in tablet e-reading was fueled in the early part of the year by Amazon’s Kindle Fire. “I think Nook and Kindle will actively promote this [a free e-reader] by the end of the year,” said Gallagher. Related Posts:

When to Post on Facebook, Twitter, Tumblr for Maximum Effect [Study] The best time to post content with a link on Twitter is 1 to 3 p.m. EST Monday to Thursday. Over on Facebook, between 1 and 4 p.m. mid-week is the sweet spot, while Tumblr users are more likely to click after 4 p.m. and especially on Fridays. URL shortening service Bitly has released a series of graphs demonstrating the optimal time and day to post on each of these three social networks. “By understanding the simple characteristics of each social network, you can publish your content at exactly the right time for it to reach the maximum number of people,” Bitly advises in their blog post announcing the data. Friday a Dead Zone on Facebook & Twitter, Optimal for Tumblr Posting a link to Twitter after 3 p.m. on a Friday is pretty much pointless, based on their cumulative data on the number of clicks on bitly links from each social network. On Tumblr though, Friday is a great time to post, says Bitly. The traffic peak on Tumblr occurs between 7 p.m. and 10 p.m.

Build a team they'll never leave: the 4 things that matter - Kevin Gibbs I’ve mentioned before that keeping people on your team is one of the most important tasks that a manager has. It’s hard to hire people, and it’s harder still to hire great people. But the hardest task of all is keeping those great people on your team, month after month, year after year. Once you have hired and put together your team, as a manager you should then treat that team like your most valuable possession. You should do everything you can to build an environment where your employees want to stay. On engineering teams, I have found that there are four things that are primarily responsible for creating an environment where your team members will want to stay. Mission Family Compensation Growth If everything else within your organization is more or less reasonably managed and stable, then these four areas will become the drivers that will get people to stick around. Let me talk about what I mean by each of these four areas in turn: Mission Family A feeling of Family is hard to build.

Facebook's Advice to Marketers: Post Stuff About Your Brand It's no secret that Facebook has decided the best way to spur more advertising on the platform is to encourage marketers to use their brand Pages more effectively. With that goal in mind, Facebook looked at postings on 23 brand Pages over one month to see which posts did the best. The upshot: When you talk about things related to your brand, you'll get more engagement. For example, a post by a cruise line marketer (Facebook did not disclose which brands exactly were involved in the study) stating "I decided to go on my first cruise because ____," performed better than one that said, "Hang in there everybody. "Topics related to brand or about the brand were significant predictors of increased engagement," says Sean Bruich, head of measurement at Facebook. The advice may seem obvious, but Bruich points out that many brands try to stay relevant by "just publishing the latest meme." Image courtesy of Flickr, GOIABA (Goiabarea)

Most Mobile Time Spent In Apps: Google Has Top Reach, Facebook Has Highest Engagement Mobile analytics provider Flurry reported previously that people are spending huge amounts of time with mobile apps, more time than with the mobile browser and more time than on the PC. This may seem to some implausible, but comScore adds further credibility to the findings with its first “Mobile Metrix 2.0″ report. The data show that “4 in every 5 mobile media minutes” is spent with apps (vs. the mobile browser). Previously comScore had been reporting that apps and the mobile browser have roughly equal audiences. That’s still true but the company now confirms that people spend far more time with apps. Google has the greatest mobile reach of any company. Below are the top US smartphone properties, combining app and browser traffic. Earlier this month Flurry reported that time spent with social networking apps has tied games, which had been the leading category in terms of engagement. By comparison, Twitter saw roughly 2 hours of mobile engagement during March.

This week's top six infographics Here's a round up of some of the best infographics we've seen this week. We have infographics on Facebook's IPO, bounce rates, keeping users engaged with your emails, tag management, and some great mobile stats. If you can't quite read the text, click on the images to see a larger version... The Potential Of Facebook’s Newsfeed Ads vs. IPO valuation (Webtrends) Why do users become disengaged with your email? The ultimate mobile web infographic (Bootstrapper's Guide) Bounce rate demystified (KISSmetrics) This is actually an old one, but a) I haven't seen it before and b) it's good... Facebook vs Google Display Network (Wordstream) The ROI of tag management (Tealium) (From Econsultancy's The ROI of Tag Management report.)