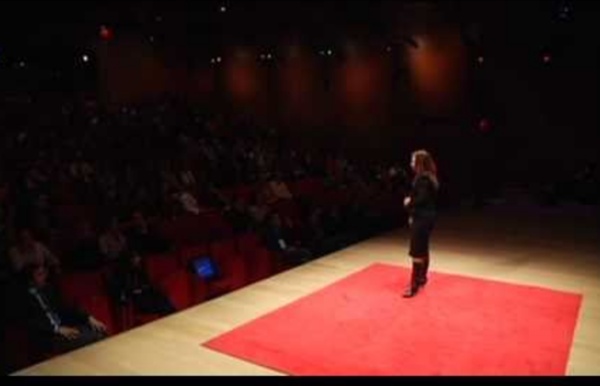 Portrait of an INTJ As an INTJ, your primary mode of living is focused internally, where you take things in primarily via your intuition. Your secondary mode is external, where you deal with things rationally and logically. INTJs live in the world of ideas and strategic planning. SlideShare Tips: How to Create a 5,000-View SlideShare in 10 Minutes 635 Flares Filament.io 635 Flares × Is SlideShare part of your content strategy? Truth be told, we have yet to fully integrate it into our content creation process here at Buffer. We’ve felt lots of great nudges, though. We’ve heard tell of the amazing opportunity on SlideShare, how it’s a primed network of highly engaged influencers just itching to find and share your stuff. What might ultimately sell us, though, is the response we got from a single slide deck, created in a hurry, that garnered over 5,000 views in one weekend.

Full Transcript of Emma Watson's Speech on Gender Equality at the UN By Nicki Lisa Cole Updated September 25, 2015. In September 2014 British actor and Goodwill Ambassador for UN Women, Emma Watson, gave a smart, important, and moving speech about gender inequality and how to fight it. In doing so, she launched the HeForShe initiative, which aims to get men and boys to to join the feminist fight for gender equality. In the speech Ms. The Most Powerful Ways to Start a Presentation Some years ago, Nalini Ambady, an experimental psychologist at Harvard University, was curious about the nonverbal aspects of good teaching. She wanted to get at least a minute of film on each teacher to be rated, play the tapes without sound for outside observers, and then have those observers rate the effectiveness of the teachers by their expressions and physical cues. She could only get 10 seconds worth of tape and thought she would have to abandon the project. But her adviser encouraged her to try anyway, and with 10 seconds of tape, the observers rated the teachers on a 15-item checklist of personality traits.

5 Random Life Lessons I Learned At Pixar — Sutro 1. We. Not I. One of the things I'll always remember, is that there was this feeling of being part of a team, almost like belonging to the same family. Get on board the non-consumption train I sat down at the keyboard this morning, all set to write up a new post when I found this note that I thought was worth sharing. I’ve had it on my computer for a while and, to be totally honest, have no idea where I found it, so I can’t really give credit where credit is due. My apologies to the original author but I assume that, given the nature in which it was written, they won’t mind me sharing it. As I recall, this was printed on a little card that the owner carried in his/her wallet. Every time they went to make a purchase, they were confronted with these questions–all of which spoke to the underlying wish: I want my money to support the environment, not destroy it. 1.

9 Rules For Emailing From Google Exec Eric Schmidt Communication in the Internet Century usually means using email, and email, despite being remarkably useful and powerful, often inspires momentous dread in otherwise optimistic, happy humans. Here are our personal rules for mitigating that sense of foreboding: Cover of 'How Google Works,' by Eric Schmidt and Jonathan Rosenberg How Google Works 1. Respond quickly. Clear the clutter with 'The 100 Thing Challenge' In 2008, Dave Bruno and his 100 Thing Challenge — one man's efforts to come to terms with his own consumerist nature and pare back his possessions to the essential (and then live with them for the next year). Since then Bruno has received a good deal of high-profile publicity and lots of love from digital minimalists like Zen Habits and a book deal. Which is why "The 100 Thing Challenge" arrived in my mailbox. The publishers will no doubt not like the next statement: If you're already familiar with the challenge, other than some insightful comments on our consumer motivations which Bruno makes (and which I'll get to in a moment) there's not much new here that you haven't read online already.