EpicLime - Your daily fix of awesome! 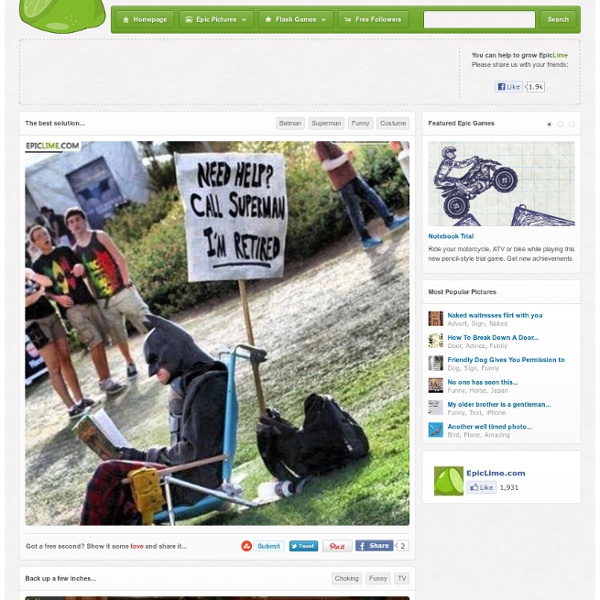 The Bureau of Communication - Fill-in-the-blank Correspondence Home | Oceana North America Ceili 2 Logic Games Online - Play Games In Your Browser Ceili 1 Khan Academy Partial Disclosure by Sue Halpern No Place to Hide: Edward Snowden, the NSA, and the US Surveillance State by Glenn Greenwald Metropolitan, 259 pp., $27.00 The Snowden Files: The Inside Story of the World’s Most Wanted Man by Luke Harding Vintage, 346 pp., $14.95 (paper) United States of Secrets a Frontline documentary directed by Michael Kirk The NSA Report: Liberty and Security in a Changing World by the President’s Review Group on Intelligence and Communications Technologies: Richard A. Princeton University Press, 239 pp., $16.95 (paper) Within days of the publication of No Place to Hide by the journalist Glenn Greenwald, a photograph began circulating on the Internet that showed National Security Agency operatives surreptitiously implanting a surveillance device on an intercepted computer. That photo itself was part of the Snowden cache, and readers of Greenwald’s book were treated to the NSA’s own caption: “Not all SIGINT tradecraft involves accessing signals and networks from thousands of miles away,” it said.

Free Brain Games Training Online - Improve Memory While Having Fun! Training your brain with free online brain games is a fun way to keep your mind active and potentially improve your memory, concentration, and other brain skills. There are now over 250 free brain training games on this site. Not sure where to start? Examples of popular games include Scrabble Sprint, Butterfly Connect, and Basic Solitaire. To play these online games, an up-to-date version of the free Adobe Flash Player browser plug-in must be installed in your browser. If the games won't open for you, there might be an issue with your browser. If you still have problems accessing the games, check out my troubleshooting page or feel free to contact me directly for assistance. You can start your own brain training program right now. To keep your mind in top shape, play brain games often. For a full-brain workout, play a variety of games. Thus, you may need to play a range of games if you want to train all parts of your brain. <i><span><br />The games on this site require Javascript. Prof.

The Germany File of Edward Snowden Documents Available for Download America's National Security Agency has been active in Germany for decades. During the Cold War, much of its focus was on targets beyond West Germany's eastern border. But even then, the NSA continued to monitor communications within, and originating in, West Germany. Since the terror attacks of Sept. 11, 2001, the NSA has increased its ability to monitor global communications -- and documents from the archive of whistleblower Edward Snowden show that Germany is the agency's most important base of operations in continental Europe. The documents show that the NSA, while focusing on counter-terrorism and other areas of importance to national security, has also established systems that allow it to monitor vast amounts of digital and other forms of communications in Germany and elsewhere. The agency can intercept huge amounts of emails, text messages and phone conversations. Below are PDF files of the most important documents pertaining to that cooperation. Keep track of the news

Four ways Edward Snowden changed the world – and why the fight's not over | Trevor Timm | Commentisfree Thursday marks one year since the Guardian published the first in a series of eye-opening stories about surveillance based on documents provided by Edward Snowden. The events in the 52 weeks since have proven him to be the most significant whistleblower in American history – and have reverberated throughout the world. But along with the changes Snowden sparked, vital questions remain about how and if the National Security Agency and its global spy apparatus will truly be reformed. Many wheels are finally in motion, but will the US Congress and the courts actually respond in a meaningful way? In truth, the second year of Snowden may be more important than the first. It's when we'll see if global privacy rights get protected for the better – or if mass surveillance becomes more entrenched in our laws than ever before. The internet companies: more transparency, but little lobbying for reform The telecommunications companies, most notably AT&T and Verizon, have always been the true problem.