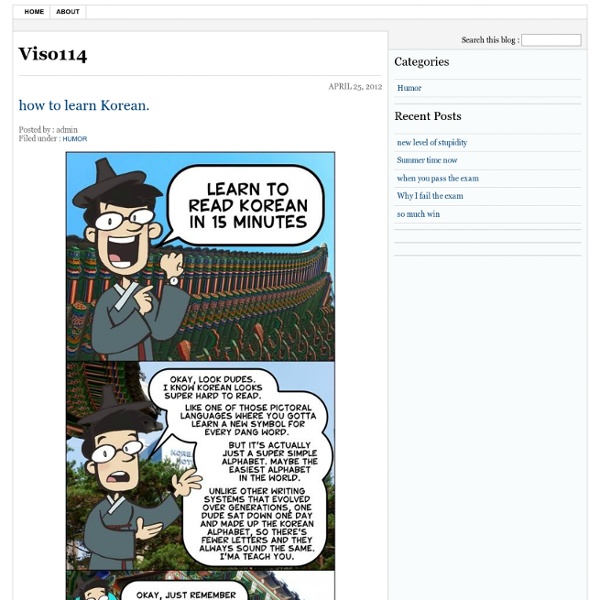 The 10 Best Questions to Ask at a Job Interview Karen Burns You’re interviewing for a job. After 20 or 30 minutes, you’re asked: “Do you have any questions?” The worst thing you can do is ask, “What is it your company does?” Phrases in 5 common languages to know when traveling in Europe Traveling abroad this summer? These helpful phrases will open doors and help you gain immediate acceptance. You don't need to be fluent in the language of the country that you are traveling to, but learning some key phrases makes a great impression. If someone hears that you're trying to speak the language, they will give you their respect and help. From saying hello to asking how much something cost; knowing some important phrases will set you up for an amazing trip. Its also a great way to meet and connect with people, you can find a secret spot that only the locals know or the best place to eat in town.

Coin-Covered Wishing Trees in Portmeirion, Britain Sticking hundreds of small denomination coins into tree trunks is apparently a popular way of getting rid of illnesses. At least that’s what the staff at a holiday attraction in Gwynedd discovered after investigating the story behind several coin-covered tree trunks in the vicinity of Italianate village Portmeirion. The first tree was cut down four years ago, in order to widen the path to the picturesque settlement founded in 1925, and within only a few months it was covered with 2p coins. Now there are seven such tree trunks in the area, so estate manager Meurig Jones started an investigation to uncover the origins of this unusual habit. Photo credits She managed to track down coin-covered trees back to the 1700s, when they were apparently used as wishing trees.

Still life: Bent objects UPDATE: The Return of Bent Objects Wires transform these objects from inanimate to hilarious works of art. Little polish girl How To Tell If Somebody Loves You Somebody loves you if they pick an eyelash off of your face or wet a napkin and apply it to your dirty skin. You didn’t ask for these things, but this person went ahead and did it anyway. They don’t want to see you looking like a fool with eyelashes and crumbs on your face. They notice these things.

Online Library of Liberty Advanced Search Today the OLL has… 1,695 titles, 466 authors, and 1,185 essays in 24 categories Futurama: encryption of alien symbols - Alien alphabet 1 Not a lot of time ago has been resumed one of my favourite series, Futurama, realized by Matt Groenning, the creator of the Simpson. Between the scriptwriters of Futurama are involved several scientist that provides continuously references to the science. In this post I'm going to explain the cryptography used in the series for code some alien inscriptions. At the classic cryptography were used encrypt methods that a computer can cryptanalyze, get the key in seconds and decrypt the code. With the arrive of modern cryptography, the methods are more resistant to the cryptanalysis by computer, because instead of delay seconds, can delay thousand of years or, as it's common to say in that field, the time necessary for the universe end, making reliable sending information encrypted.

Dead-Frog - A Comedy Blog Member Functions Comedy Club Database 234 clubs listed, including improv theaters and other venues Find the Comedy Club Near You Full List of Comedy Clubs Find Comedy Near You