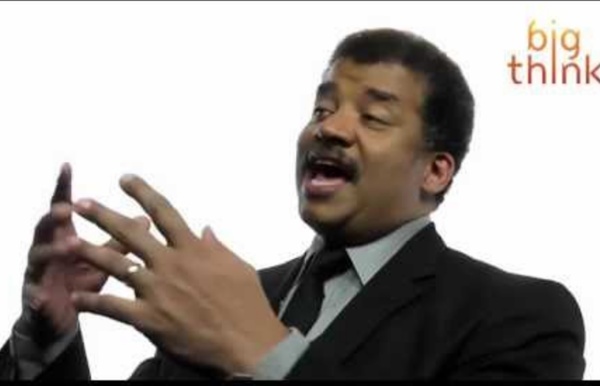 100 Things Personality Test - VisualDNA Investigating Wittgenstein, part 1: Falling in love | Giles Fraser Back in the early 80's, I spend many an afternoon in a cramped and stuffy office in King's College, London, with an informally gathered group of mostly graduate students, going through Wittgenstein's Philosophical Investigations paragraph by paragraph, line by line. It was often terribly slow going. We might ponder two or three sentences for a couple of weeks, coming back to the same point several times. The professor at the centre of this little group was the genial Texan philosopher Norman Malcolm, a lifelong friend of Wittgenstein and one of his most notable students. Famously, Wittgenstein had two phases in his philosophical development. In this second phase, Wittgenstein came to argue that the basic form of a philosophical problem was the inability properly to orientate oneself within a particular world of language. So how does all this effect the God question?

Agnosticism Agnostics and Agnosticism Sponsored link. Can an Agnostic also be an Atheist? Theists believe in the existence of a God, or a Goddess, or in multiple Gods, or multiple Goddesses or in a pantheon of Gods and Goddesses. However, some Agnostics consider themselves to be Atheists . 1. "The atheist perceives that history, in every branch of science, in the plainly observable realities of life and in the processes of common sense there is no place for the picture of a God; the idea doesn't fit in with a calmly reasoned and realistic view of life. This is the definition of Atheism used by most Christians, other Theists, and dictionaries of the English language. 2. Some Agnostics feel that their beliefs match the second definition, and thus consider themselves to be both Atheist and an Agnostic. As currently defined, most Agnostics hold the question of the existence of God open, pending the arrival of more evidence. Can an Agnostic also be a Theist? Further definitions and subdivisions: Thomas H.

Buddhism and the Brain Credit: Flickr user eschipul Over the last few decades many Buddhists and quite a few neuroscientists have examined Buddhism and neuroscience, with both groups reporting overlap. I’m sorry to say I have been privately dismissive. One hears this sort of thing all the time, from any religion, and I was sure in this case it would break down upon closer scrutiny. But science isn’t supposed to care about preconceived notions. Despite my doubts, neurology and neuroscience do not appear to profoundly contradict Buddhist thought. Buddhists say pretty much the same thing. When considering a Buddhist contemplating his soul, one is immediately struck by a disconnect between religious teaching and perception. Mr. Although I despaired, I comforted myself by looking at the overlying cortex. The next day Mr. One year later he came back to the office with an odd request. When we consider our language, it seems unified and indivisible. Consider how easily Buddhism accepts what happened to Mr.

Fascinating Lamps by Calabarte Calabarte is the pseudonym of a Polish artist named Przemek Krawczynski, whose art takes on a peculiar but incredibly beautiful form: cool lamps. The name itself is a portmanteau of two words – art (obviously), and calabash, the fruit that carries his imagination. The calabash is a bottle gourd originating in India, although Calabarte gets his supply from Senegal. Due to ancient domestication and usage, the bottle gourd has an incredibly tough outer shell. Due to the combination of dark, thick material with a light source within, the primary art of his work, however, shines in the dark. Hard work, beauty, an exceptional degree of detail and a marriage between mathematical geometry and a rampant imagination – all imprinted onto the husk of a Senegal calabash. Described as the art of light, Calabarte’s artistic tendencies truly took off in 2009, when he made his first gourd lamp, by chance of coming across a calabash. Website

Girolamo Savonarola Girolamo Savonarola (Italian: [savonaˈroːla]; 1452–1498) was an Italian Dominican friar and preacher active in Renaissance Florence, and known for his prophecies of civic glory and calls for Christian renewal. He denounced clerical corruption, despotic rule and the exploitation of the poor. He prophesied the coming of a biblical flood and a new Cyrus from the north who would reform the Church. This seemed confirmed when Charles VIII of France invaded Italy and threatened Florence. Early years[edit] Savonarola was born on September 21, 1452, in Ferrara. After his grandfather's death in 1468, Savonarola may have attended the public school run by Battista Guarino, son of Guarino da Verona, where he would have received his introduction to the classics as well as to the poetry and writings of Petrarch, father of Renaissance humanism. Friar[edit] In the convent, Savonarola took vows of poverty, chastity, and obedience and after a year was ordained to the priesthood. Preacher[edit] Prophet[edit]

My Mental Age Test Sacred Science: Using Faith to Explain Anomalies in Physics In the early 17th century a demon was loosed on the world by Italian mathematician Galileo Galilei when he began swinging pendulums, rolling balls down ramps and observing the moons of Jupiter—all with an aim toward discovering regularities that could be codified into laws of nature. So successful was this mechanical worldview that by the early 19th century French mathematician Pierre-Simon Laplace was able to “imagine an Intelligence who would know at a given instant of time all forces acting in nature and the position of all things of which the world consists.... Then it could derive a result that would embrace in one and the same formula the motion of the largest bodies in the universe and of the lightest atoms. Nothing would be uncertain for this Intelligence.” By the early 20th century science undertook to become Laplace’s demon. Stuart Kauffman has an answer: naturalize the deity. In Kauffman’s emergent universe, reductionism is not wrong so much as incomplete.

100,000 Stars New Churches Focus on Building a Community Life Allison V. Smith for The New York Times The house band started a service one recent Sunday at the Life in Deep Ellum church in Dallas. But it is, in fact, a church. Life in Deep Ellum is part of a wave of experimentation around the country by evangelicals to reinvent “church” in an increasingly secular culture, and it comes as the megachurch boom of recent decades, with stadium seating for huge crowds, Jumbotrons and smoke machines, faces strong headwinds. “It’s unsettling for a movement that’s lasted 2,000 years to now find that, ‘Oh, some of the things we always assumed would connect with the community aren’t connecting with everyone in the community in the way they used to,’ ” said Warren Bird, the director of research for the Leadership Network, a firm that tracks church trends. According to a recent report by the Pew Research Center, the percentage of Americans who are not affiliated with any religion is on the rise, including a third of Americans under 30. Mr. For Mr.