'Welcome to the Anthropocene' Earth Animation 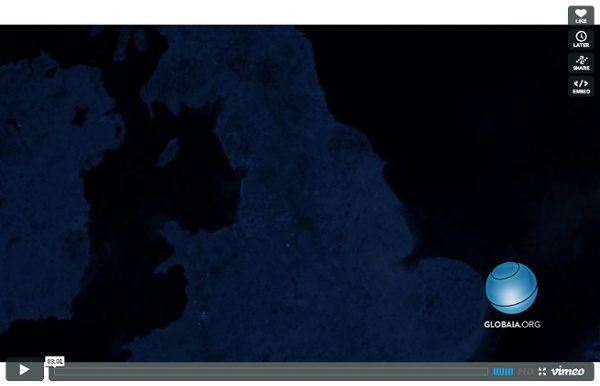 Ten Formal Complaints in Six Months Apparently after receiving three, you are meant to have some kind of formal meeting between the parties involved but this never happened. According to the rules, if there are five complaints, an external mediator has to be bought in. This didn't happen either and I was quite disappointed. I don't really have anything against Simon apart from the fact that he likes the band Nickelback and I have no idea what his problem with me is, as I'm pretty sure I am an absolute pleasure to work with. I brought in donuts once, which is pretty nice. Click here to watch me on the roller-coaster. Click here if you want to see the Justin Bieber files for some reason. Click here if you want to see the "man singing". Click here to see photos of Simon naked.

valence << ben fry valence Valence is a set of software sketches about building representations that explore the structures and relationships inside very large sets of information. Genome Valence is the most recent incarnation of this software. It visualizes biological data and was created for the Whitney Biennial in 2002. A simplified online version of the text-analyzing valence was built with Processing. This project makes an appearance in the movie Minority Report thanks to John Underkoffler, the film's Science & Technology Advisor. Another edition of valence compares two German books, for a 2001 installation at the Ars Electronica Center in Linz, Austria. This page primarily covers the original version of Valence (first developed in early 1999), which was developed as part of my Master's Thesis titled Organic Information Design. View a QuickTime movie of Valence.

Nothing to Prove - Geek Girls & The Doubleclicks Gallant Lab at UC Berkeley 60 Small Ways to Improve Your Life in the Next 100 Days Contrary to popular belief, you don’t have to make drastic changes in order to notice an improvement in the quality of your life. At the same time, you don’t need to wait a long time in order to see the measurable results that come from taking positive action. All you have to do is take small steps, and take them consistently, for a period of 100 days. Below you’ll find 60 small ways to improve all areas of your life in the next 100 days. Home 1. Day 1: Declutter MagazinesDay 2: Declutter DVD’sDay 3: Declutter booksDay 4: Declutter kitchen appliances 2. If you take it out, put it back.If you open it, close it.If you throw it down, pick it up.If you take it off, hang it up. 3. A burnt light bulb that needs to be changed.A button that’s missing on your favorite shirt.The fact that every time you open your top kitchen cabinet all of the plastic food containers fall out. Happiness 4. 5. 6. How many times do you beat yourself up during the day? 7. Learning/Personal Development 8. 9. 10. 11. 12. 13.

The magic button — Make Everything OK Pitch Interactive: The Holy Bible and the Holy Quran: A Comparison of Words In order to understand a religion, we can refer to its holy book, which establishes guidelines and principles for followers to adhere to. At the same time, followers, both radical and mild, interpret the holy text to provide a deeper and often more complex meaning of a particular verse, often to help explain issues that directly affect their personal beliefs. Unfortunately, people of one faith try to use the holy text of another faith to ridicule that faith or show its abominations by pointing to a particular text, often entirely out of context or misquoted. One such example is the Quran burning controversy stirred by Terry Jones in Florida. Without going deep into personal interpretations, we built a simple linguistic toolset that allows you to search for a word and similar variations of that word to visualize its frequency in both texts. Credits/Sources: Concept, Design, Programming: Pitch Interactive (@pitchinc) Synonym API:

Iron Man-style jet pack 'Flyboard' lets you become a human dolphin Machine can propel user 30ft into the air By Ted Thornhill Updated: 19:36 GMT, 6 December 2011 Ever dreamed of zooming through the water and leaping in the air like a dolphin? Well now you can thanks to an Iron Man-style jet pack called a Flyboard. Built by water sports enthusiast Franky Zapata, from Marseille, the wearer straps his or her feet into shoes that are attached to powerful water jets, providing lift, with hand-guided nozzles stabilising the flight. Earlier this year much excitement was generated by the water-powered Jetlev jetpack, but the difference with the Flyboard is that you can dive back in the water and out again. Up from the depths: Zapata powers to the surface Take off: Zapata flies along just like a dolphin Sea-ing is believing: Zapata crashes back under the surface High life: The Flyboard can hit heights of 30 feet The other difference is the price. The power of the water is controlled by an operator on the jetski, which has to have at least 100hp to operate the Flyboard.