Brian Greene: Is our universe the only universe? 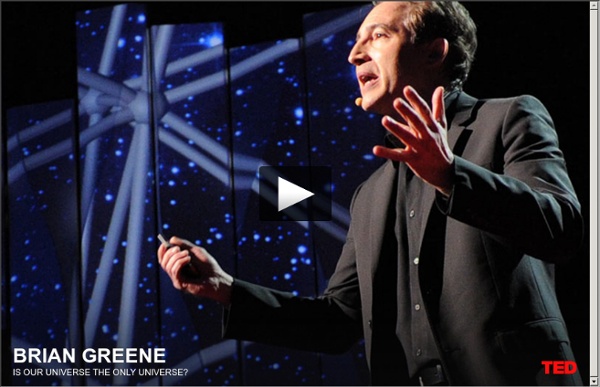 Largest-Ever Simulation of the Universe Revealed Back in 1970, Jim Peebles at Princeton University carried out a ground-breaking experiment. He used the new-fangled technology of computing to simulate the behaviour of a cluster of galaxies under the force of gravity. This simulation was tiny by modern standards: it involved just 300 ‘particles’. But it showed that computer models could give an important insight into the formation of structures on a grand scale. It’s fair to say that this and other early simulations revolutionised cosmology. Today, Juhan Kim at the Korea Institute for Advanced Study in Seoul, and a few pals, show just how far this technique has come.

multiverse A multiverse (or meta-universe) is the hypothetical set of multiple possible universes (including our universe) that together comprise all of physical reality. The different universes within a multiverse are called parallel universes. The structure of the multiverse, the nature of each universe within it and the relationship between the various constituent universes, depend on the specific multiverse hypothesis considered. Multiverses have been hypothesized in cosmology, physics, philosophy, theology, and fiction, particularly in science fiction and fantasy. Allegory of the Cave Plato realizes that the general run of humankind can think, and speak, etc., without (so far as they acknowledge) any awareness of his realm of Forms. The allegory of the cave is supposed to explain this. In the allegory, Plato likens people untutored in the Theory of Forms to prisoners chained in a cave, unable to turn their heads.

What is quantum superposition Quantum matter can be difficult to study. While physicists have come a long way in the research of this microscopic science, some things are still a mystery because quantum matter can behave so erratically. Einstein's theory of relativity and various other laws of physics tend to fall apart at the subatomic level of quantum physics, because photons -- or tiny particles of light -- seem to change form randomly, and possibly change simply in observation. Niels Bohr, a famous Danish physicist, proposed the Copenhagen interpretation, which revolves around quantum superposition.

multiverse Multiverse Theory "This new concept is, potentially, as drastic an enlargement of our cosmic perspective as the shift from pre-Copernican ideas to the realization that the Earth is orbiting a typical star on the edge of the Milky Way." Sir Martin Rees, 1998, current Astronomer Royal of Britain There are stars with enough mass to collapse on themselves, forming what have been theorized as black holes. Dyson Spheres: The Ultimate Energy Shell Game The world’s exponential population growth will soon need to flatten out otherwise within a few hundred years every square foot of the Earth’s surface will be taken up by a human. (Which reminds me of one of my favorite bumper stickers from a space advocacy group in the 1970s that read: “American Needs Space to Grow.”) With this population growth, mankind’s hunger for energy has also increased exponentially. And if this continues, we will soon consume more energy than the Earth receives from the sun. Should they exist, this could be a common problem faced by burgeoning civilizations across the galaxy.